There's quite simply no other club that is more synonymous with the European Cup than Real Madrid is. Having won the coveted trophy a staggering 10 times since its inception in the 1955/56 season, the trophy has come to define the Madrid giants.

Los Merengues amazingly took home the first five editions of the competition, with Alfredo Di Stefano, one of the greatest footballers of all time, being the key driving force behind their remarkable success. The Argentine legend, who unbelievably scored in all five finals, was, however, masterfully supported by the likes of Ferenc Puskas, Paco Gento and Raymond Kopa over the years. But it was his unyielding, emanating commitment and determination that propelled the side to be subsequently known as the “King of Kings” courtesy of their relentless dominance.

Club legend and fellow Argentine, Jorge Valdano, sums up the incredible importance of Di Stefano in ingraining the club's “enormous passion for triumph”, as he calls it, by poignantly stating: “You could say Alfredo Di Stefano incarnates Real.”

“After a defeat it was best not to look at Alfredo, because his eyes would be spitting fire. When things went badly, he’d forget about beauty and just pursue the result. Everything that has happened at this club has been influenced by Di Stefano’s spirit. This is a club with a very bad relationship to defeat.” 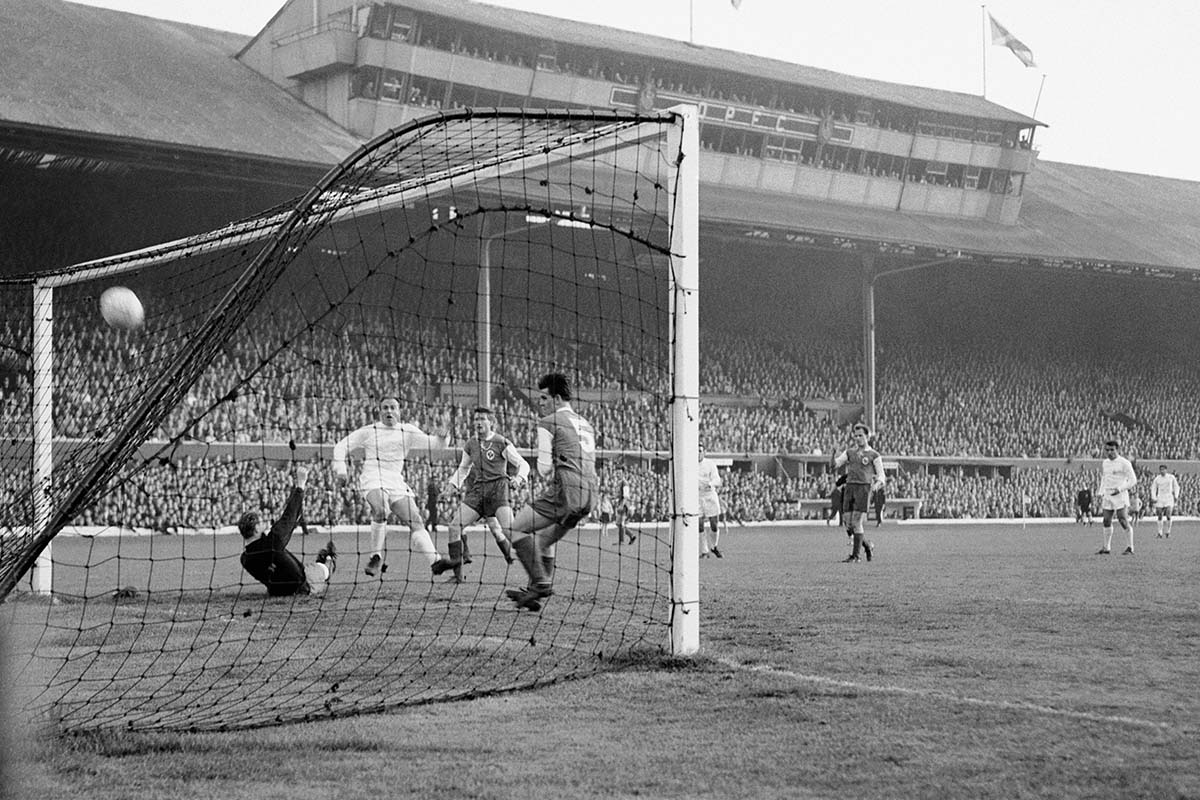 “Our defence was excellent with Marquitos, Santamaría, Santisteban. The atmosphere at games was fantastic – 125,000 spectators waving white handkerchiefs. We had no sponsors, no television coverage, we had to play friendlies all over the world in order to make money for the club. They were definitely different times.”

Gento, the only man to have ever won six European Cups, echoed his former colleague's sentiment, explaining: “We had so many great players in that team it's not surprising we won so many European Cups.

“When you have talent like Raymond Kopa, Ferenc Puskás and Alfredo Di Stéfano, you have to put them all in the team and as a result we were very attack-minded.”

While there was plenty of continuity with the playing staff, the five in a row heroes actually had three managers take the reigns over the course of the five finals. Jose Villalonga oversaw the first two successes, before Argentine Luis Antonio Carniglia guided them to their wins in 1958 and 1959. Lastly, Miguel Munoz, who played in their opening three triumphs, was fittingly in charge of the fifth.

In order, defeating Reims, Fiorentina, AC Milan, Reims again and Eintracht Frankfurt, in that famous 7-3 game, all brilliant footballing outfits, over those five finals suitably illustrated what a powerhouse Real Madrid unequivocally was back then.

The club were made to wait until 1966 to register their next title though, edging Partizan 2-1. With many of their stars gone such as Di Stefano and Puskas, Gento was the elder statesman and captain of the side. Managed by the aforementioned Munoz, they still boasted some exceptional players, with Amancio, Pachin, Jose Pirri and Manuel Sanchis among their elite.

Having knocked out Helenio Herrera's seasoned, battle hardened Inter Milan, who were going for three European Cups in a row, at the semi-final stage, Madrid staged a stirring comeback in the final to run out victors over Partizan. After trailing 1-0 and being outplayed by the Steamrollers, Gento was unsurprisingly right at the heart of their revival, inspiring his troops to produce a second half push. Amancio, their exquisitely gifted Spanish international, got the first on 70 minutes and six minutes later Francisco Serena bagged the all-important winner to complete the fightback and secure their sixth European Cup.

While many expected Los Blancos to continue their hegemony in the showpiece, they would have to endure a painstaking 32 year wait until they could once again lift the trophy. Facing a superb Juventus side who were spearheaded by current Madrid manager Zinedine Zidane, Alessandro Del Piero, Filippo Inzaghi and Edgar Davids, Los Merengues were expected to succumb to the Turin giants' overwhelmingly quality. 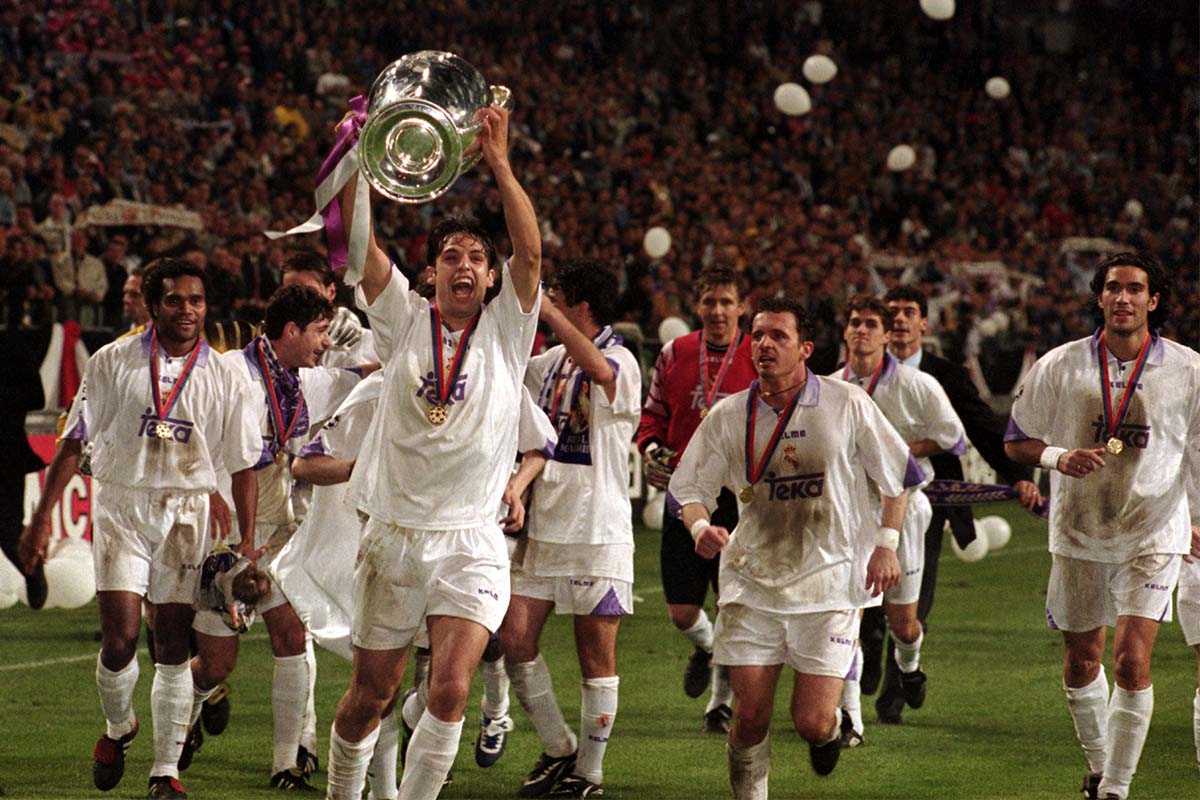 Against the odds and having been written off by the media, Jupp Heynckes' men prevailed 1-0 to prove their doubters wrong, in the competition that was now known as the Champions League. Possessing a team that consisted of some extremely special players like Fernando Hierro, Roberto Carlos, Clarence Seedorf, Fernando Redondo, Raul and Fernando Morientes meant they were never going to be easy beats, but nonetheless, the underdogs went on to make history on that memorable night in Amsterdam.

The man who scored their crucial goal that night, Predrag Mijatovic, retells how being told they weren't good enough only spurred them on even more to get the job done.

“But we heard all those comments and we said to ourselves: ‘Boys, we are here and we don’t know if any of us will get to a final again, so let’s go out there and play a great match – we have to do everything possible to win,’” he opined.

With the competition theirs to cherish again, they unfortunately bowed out to Valeriy Lobanovskyi's fantastic Dynamo Kyiv outfit at the quarter final stage in their quest to retain the trophy in 1999.

Madrid didn’t waste any time in reasserting their dominance in the competition, however, for they regained the Cup the following year. After Vincente del Bosque's troops lost to Bayern Munich 4-1 and 4-2 in the group stages, their chances of winning their eighth European Cup appeared slim at best.

The Vikings did still progress through to the knockout stages, though, and that's when they really kicked into gear. Getting the ball rolling by overcoming holders Manchester United (3-2 on aggregate) in the quarter finals set the tone beautifully for what was to come. A two legged rematch with none other than Bayern, who had already trounced them twice in the group phase, then confronted them in the semi-finals. Winning the first leg 2-0 at the Santiago Bernabeu gave them the ascendancy they so desired, and even though the Germans won the return leg 2-1, Nicolas Anelka's second half goal proved the difference.

Up against Valencia in the final, this colossal clash signified the first time domestic rivals had competed for the top prize in the Cup, it was Madrid who reigned triumphant, comfortably brushing aside Hector Cuper's chargers 3-0. The fact they won at the Stade de France, where the first ever final was held back in 1966, served as the perfect backdrop for their eighth title in the competition.

Just as they had a year without being champions in between their 1998 and 2000 wins, Madrid also had a year off in between their 2000 and 2002 crowns. After reaching the semis in 2001, del Bosque made no mistake in 2002, steering his magical set of players that included the likes of Luis Figo, Santiago Solari, Claude Makelele and the majestic Zidane, whose moment of magic settled the final, towards glory.

Madrid earned the right to face off against Bayer Leverkusen in the final at Glasgow's Hampden Park having conquered Bayern Munich and Barcelona, in the quarters and semi's, respectively. Raul gave his side an early lead in the final, but towering centre-back, Lucio, equalised shortly after to level things up. As the half drew to a close, however, Carlos looped a hopeful delivery into the box. As the ball traveled towards its destination, just near the 18-yard-box box, Zidane was there, watching and waiting, ready to strike. What followed next was nothing short of spectacular, as the World Cup winning Frenchman acrobatically contorted his body so as to miraculously strike his volley at waist height. A sumptuous thunderbolt then ensued, which was emphatically blasted beyond a hapless Hans-Jorg Butt. Fittingly, the wondrous strike by Madrid's magician turned out to be the winner; the perfect way to secure their ninth crown.

Klaus Toppmoller, Bayer's coach, spoke despairingly yet in appreciation of the scintillating strike after the match, bemoaning: “We can spend all the time on the training ground planning for Real's tactics, but then something special happens that you cannot plan for and in this case it was Zidane's goal.”

Only one win away from achieving La Decima, another long and ardous wait ensued for the capital club. But 12 years after that night in Glasgow, in the famous 2014 final vs. crosstown rivals Atletico Madrid, they became the first ever club to win 10 European Cups and they did so in dramatic fashion. On the verge of defeat, the inspirational Sergio Ramos powered home a header in the fourth minute of stoppage time to prolong the match for another 30 minutes.

Carlo Ancelotti's men then pounced on Diego Simeone's physically exhausted side and went on to win 4-1 after extra time, courtesy of goals from Gareth Bale, Marcelo and Cristiano Ronaldo. A moment of pure elation and unbridled joy it most definitely was, their obsession with the cup only strengthened on this special night in Lisbon. 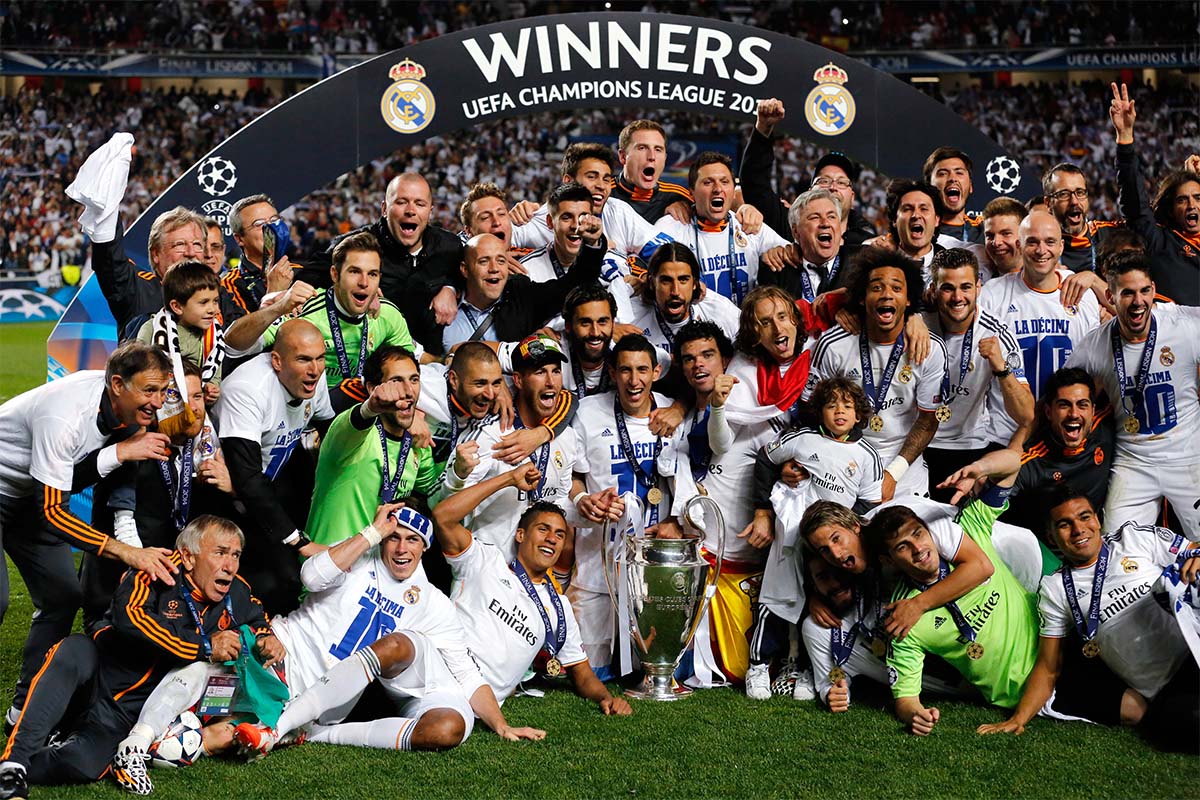 Fast forward another two years and Los Blancos face a rematch with Atleti in the 2016 Champions League decider at the San Siro, where they'll be hoping to continue their truly special relationship with the truly special competition, in their quest for number 11.

With Zidane in charge of the managerial reins, he'll be hoping the colossal clash will be every bit as special as his night at Hampden Park was 14 years ago.