Right there, in front of a packed press conference which confirmed the Belgian as a Real Madrid player, came the first sign that perhaps Hazard and the Spanish club were not the dream partnership both hoped.

Real Madrid wanted a superstar to replace Cristiano Ronaldo. A bonafide world-class talent who could become the leader of the side. Finally, they had one –  it's no surprise Hazard took ownership of the club's fabled No.7 shirt.

The Belgian, meanwhile, had wanted to play for Los Blancos since he was a child, He wanted to work with Zinedine Zidane, the club's coach but, more importantly, his football idol. That ambition was realised this summer.

And yet there was a nagging feeling when Hazard swapped Chelsea for the Spanish capital the move could quickly turn sour. It was only strengthened by that one sentence in his first press conference.

Hazard, despite his undoubted brilliance, does not crave attention nor has a desire to revel in his celebrity. He is a fairly low-maintenance star, a player who loves his football but perhaps one that doesn't always appreciate its wider significance.

He enjoyed his time with Chelsea not only because of the success of the club but because of the life he could lead off the pitch. He did not relish the bright lights of London and instead preferred the leafy village of Cobham – close to the club's training ground – where he could enjoy the countryside with his wife and children.

He is a humble, down-to-earth star epitomised by one quote given to Dutch broadcaster RLT in 2017. “I’m lucky to have a job which allows me to earn a lot of money. But I don’t flaunt it as it shows a lack of respect towards those who earn less.” 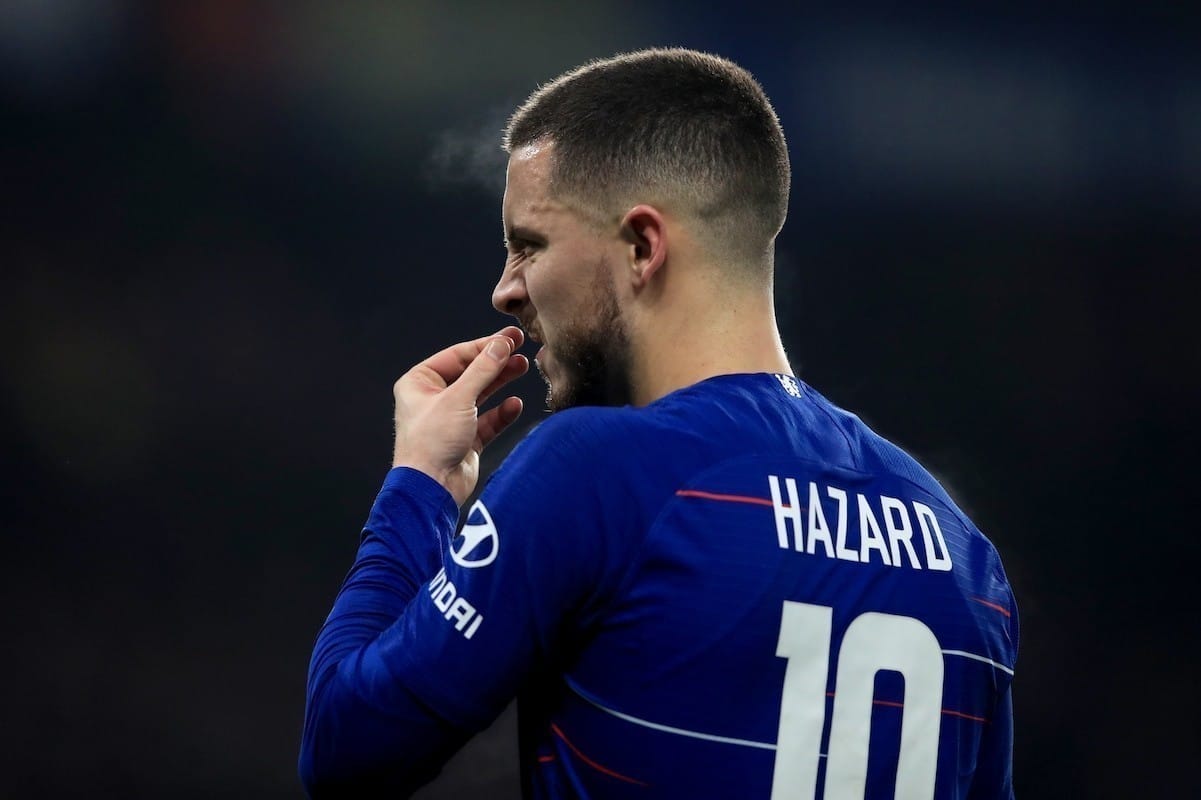 That attitude is very much at odds with the grandiose world of Real Madrid, a club that has revelled and flexed its financial power over the past 20 years to sign several of the world's biggest stars.

Luís Figo, Zidane, Ronaldo, David Beckham, Káka, Cristiano Ronaldo, Gareth Bale, and several other stars all arrived at the Bernabéu over the last two decades with big reputations and even bigger price tags. Hazard, whose move from Chelsea could reach £150million, was the latest.

There was an immediate expectation placed upon the Belgian. And the Spanish press can be unforgiving. Before Hazard had even played a competitive game for Real Madrid, he was being criticised for his performances in pre-season and his supposed 7kg weight gain during the summer.

“I am surprised his weight is discussed,” former Chelsea team-mate Cesc Fàbregas admitted in an interview with Radio MARCA in the summer. “It seems that people haven't watched him during his seven years in the Premier League.

“Pre-seasons may be difficult for him and playing at Real Madrid is a big thing, but I have no doubts about him. He will lead the way.”

Unfortunately, that hasn't happened. Hazard missed the opening three matches of the campaign due to injury and has struggled since his return. In seven appearances, six of which have been starts, he has scored just once and only added a further two assists. 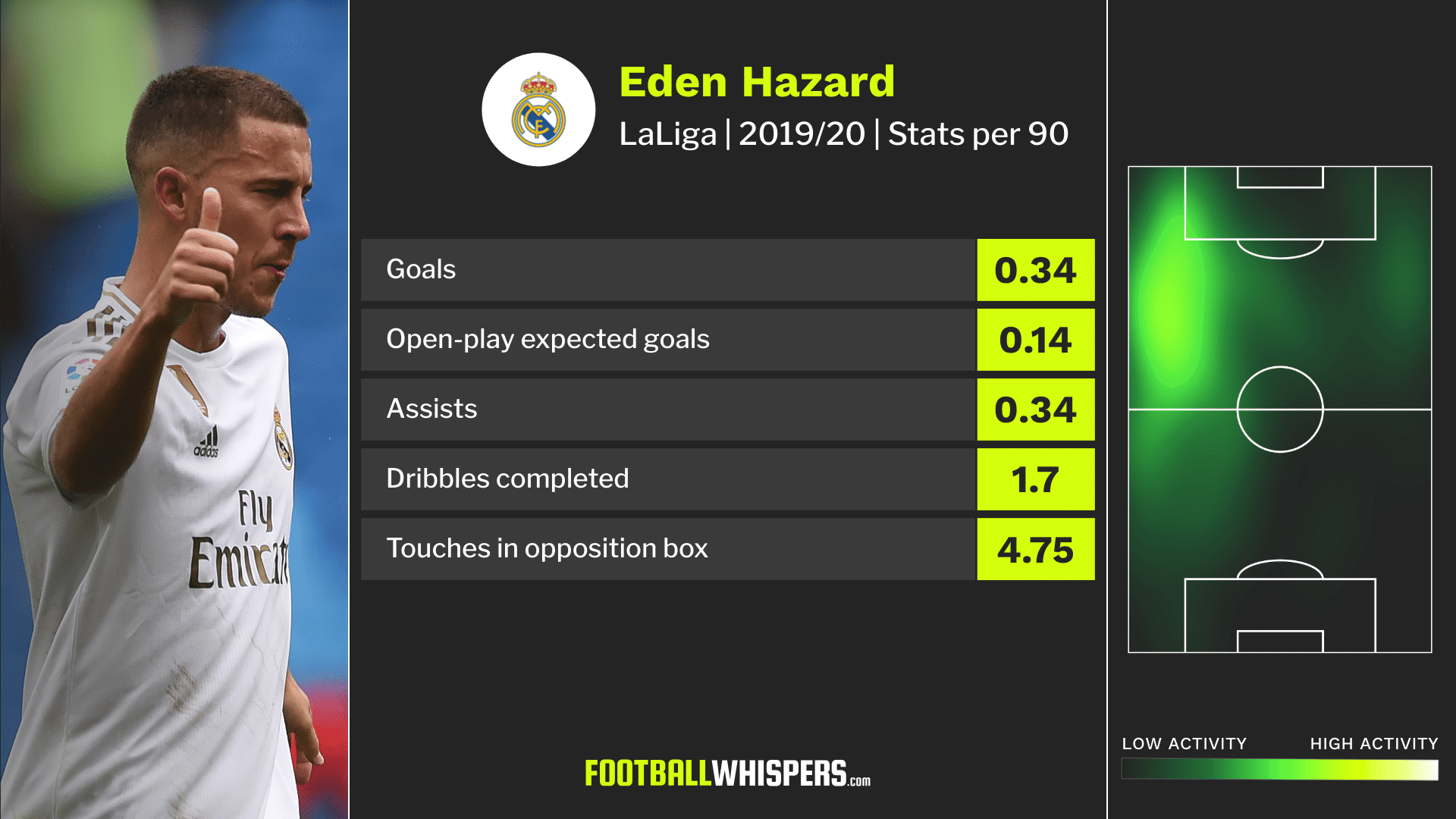 Zidane has called for patience. “I know he is going to succeed here,” the French coach said at the start of October.

“I’m not going to give him any advice on how to play. He knows what we want from him and we know the player he is. We all have to remain calm, I’m not worried at all.”

Such form would be tolerated at Chelsea. The Blues may be a Premier League heavyweight but the scrutiny on the club is nothing like that at Real Madrid. It's why little was made of the 12-game stretch in the Premier League last season in which Hazard scored only three times.

His laissez-faire attitude was also understood and indulged. Hazard does not have – and perhaps never will – a ruthless, single-minded desire to score goals. It's not in his make-up and he has admitted as much.

“It is not important how many goals I score,” he said last year. “You know me, I don’t care about that. I just want to enjoy my football, win games.”

The problem is the man he was brought in to emulate if not replace – and at great expense – was Real Madrid's greatest-ever goalscorer. Cristiano Ronaldo is not everyone's cup of tea but his attitude, his unstoppable drive, is something that is almost unique. It's why he scored 450 goals in just 438 games for Los Blancos. 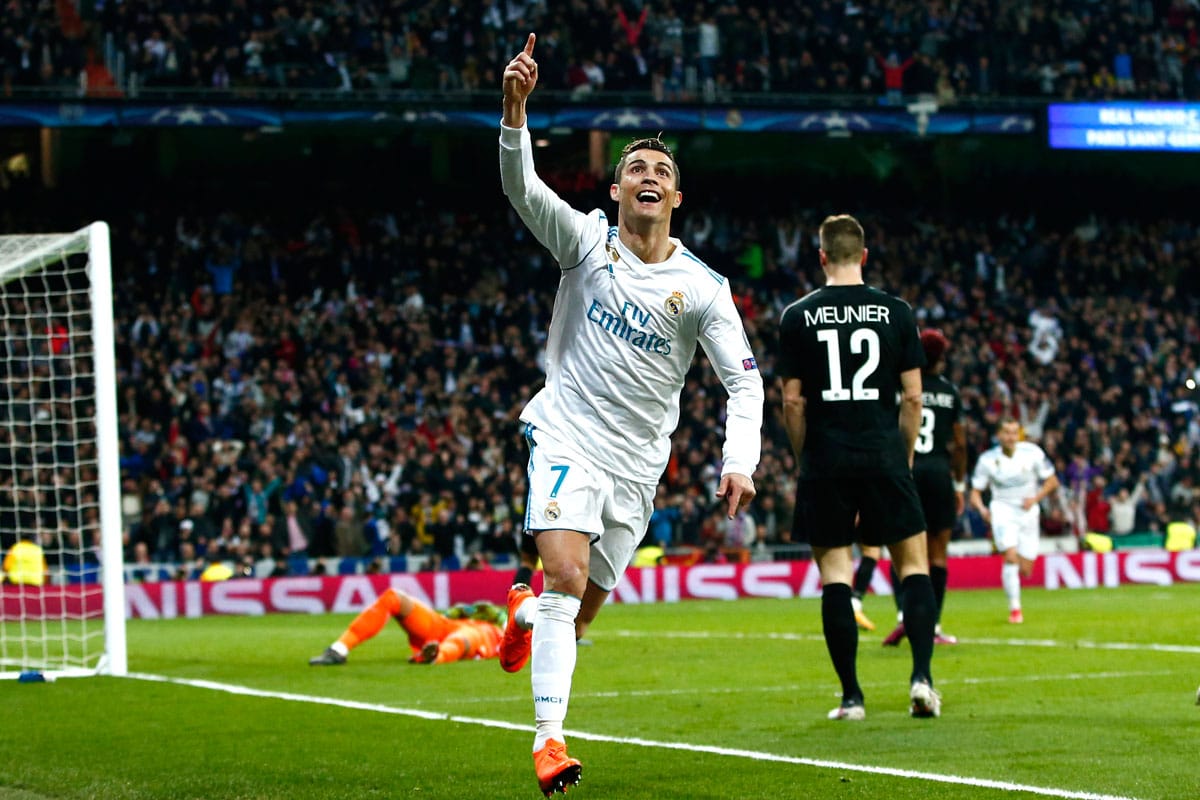 The Portuguese was, to a certain extent, also the physical embodiment of Real Madrid: powerful, arrogant, and showy. Essentially, everything Hazard isn't.

It is, of course, far too early to write off Hazard at Real Madrid. Away from the pitch, the 28-year-old has settled; he and his family have moved into the private neighbourhood of La Finca in Madrid's suburbs, where many of his team-mates reside.

And when fit and focused, Hazard is simply too talented not to have an influence on the Spanish side. But it may just not be as big as many expected.

Try as he might, the Belgium international will never be a true Galáctico. He won't fill the void left by Ronaldo. He will instead be Eden Hazard, although that might not be enough for Real Madrid.