Two howlers from Liverpool goalkeeper Loris Karius handed Real Madrid their 13th European Cup but it was the loss of Mohamed Salah to injury after just half an hour which cost the Reds.

The game was goalless when the 43-goal forward tussled innocuously with Real Madrid skipper Sergio Ramos. The Egyptian tried to play on but was tearfully withdrawn a few minutes later with a suspected dislocated shoulder.

Until that point Jürgen Klopp's men had enjoyed the better of the final and Los Blancos could not live with their intense pressing game. But the loss of their talismanic No.11 unsettled the Reds and they never recovered in Kiev. 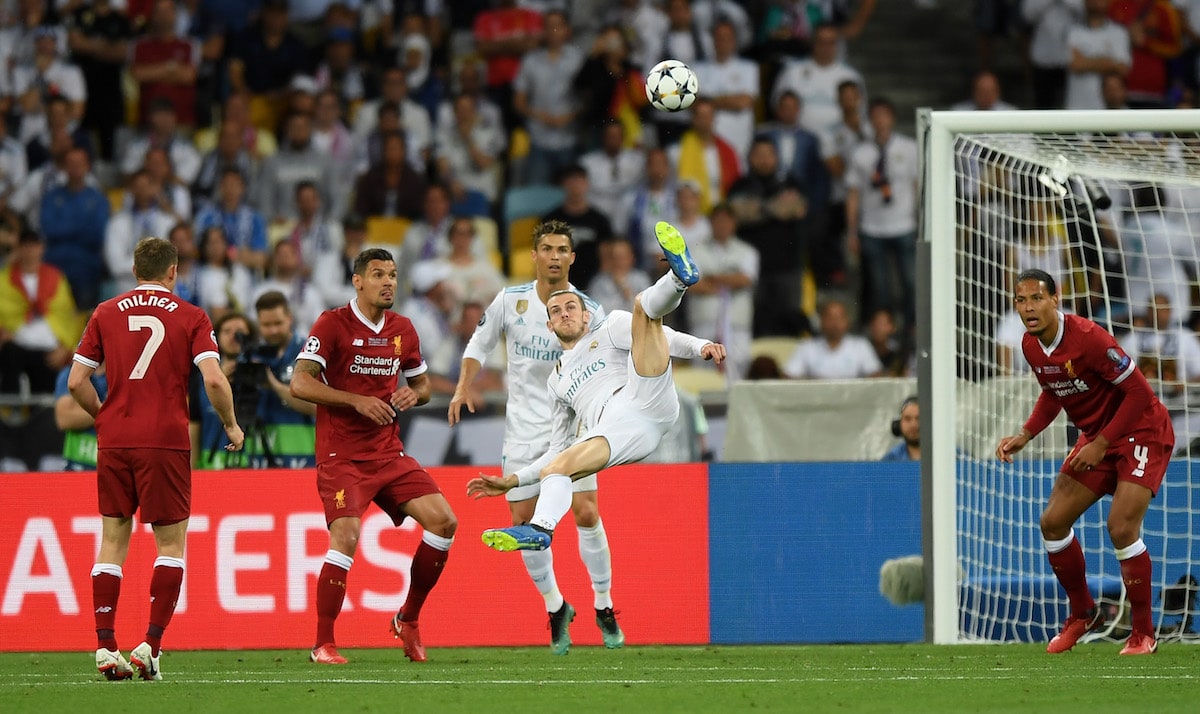 Substitute Gareth Bale restored Real's advantage three minutes after his introduction from the bench, launching himself high into the air to guide home a missile of an overhead kick.

And the Welshman, whose future with the Spanish giants is unclear at best, added a second which a speculative strike which Karius somehow fumbled into the net.

Ramos: Master of the dark arts

For every hero there must be a villain. Real skipper Ramos relishes the fact he is that man. There are few players in Europe as well-versed in the dark arts of the game as Ramos. As Steve McManaman quipped in commentary: “He knows every trick in the book – he invented a lot of them too.”

It seems unlikely the Spaniard meant to cause Salah harm when he pulled him down midway through the first half. But he knew exactly what he was doing in locking the Egyptian's right arm between his left bicep and body, ensuring his progress was halted.

An awkward landing, with the full weight of Ramos on top of his trapped arm, ended Salah's involvement soon after and it would have taken a cold-hearted individual not to feel some degree of sympathy for Liverpool's key man.

But it was job done for Ramos and then some. The 32-year-old is a serial winner and professional spoiler who will stop at nothing to give his side an advantage. He meant to foul Salah but the fact he helped put him out of the final was a bonus.

The theory goes that Benzema has only remained at the Bernabéu for so long because he is favourite of Real president Florentino Pérez. The reality, though, is the Frenchman is a canny operator and a good foil for Cristiano Ronaldo and those around him.

Prolific he is not. Benzema scored just five La Liga goals this season and has passed 20 in the league in just two of his nine seasons in the capital. With Bale having scored four in his last three there were suggestions the Welshman would get the nod over Benzema.

But when it came to the crunch Zidane favoured his compatriot and the decision was vindicated. Benzema was on hand to stab home shortly before half time when Karius pushed out Ronaldo's header only to see the strike ruled out offside.

Six minutes into the second half he opened the scoring, showing all his experience in doing so. Karius rolled the ball out but did not account for the Frenchman who stuck out a boot to block and watched as his cheeky intervention carried the ball over the line. 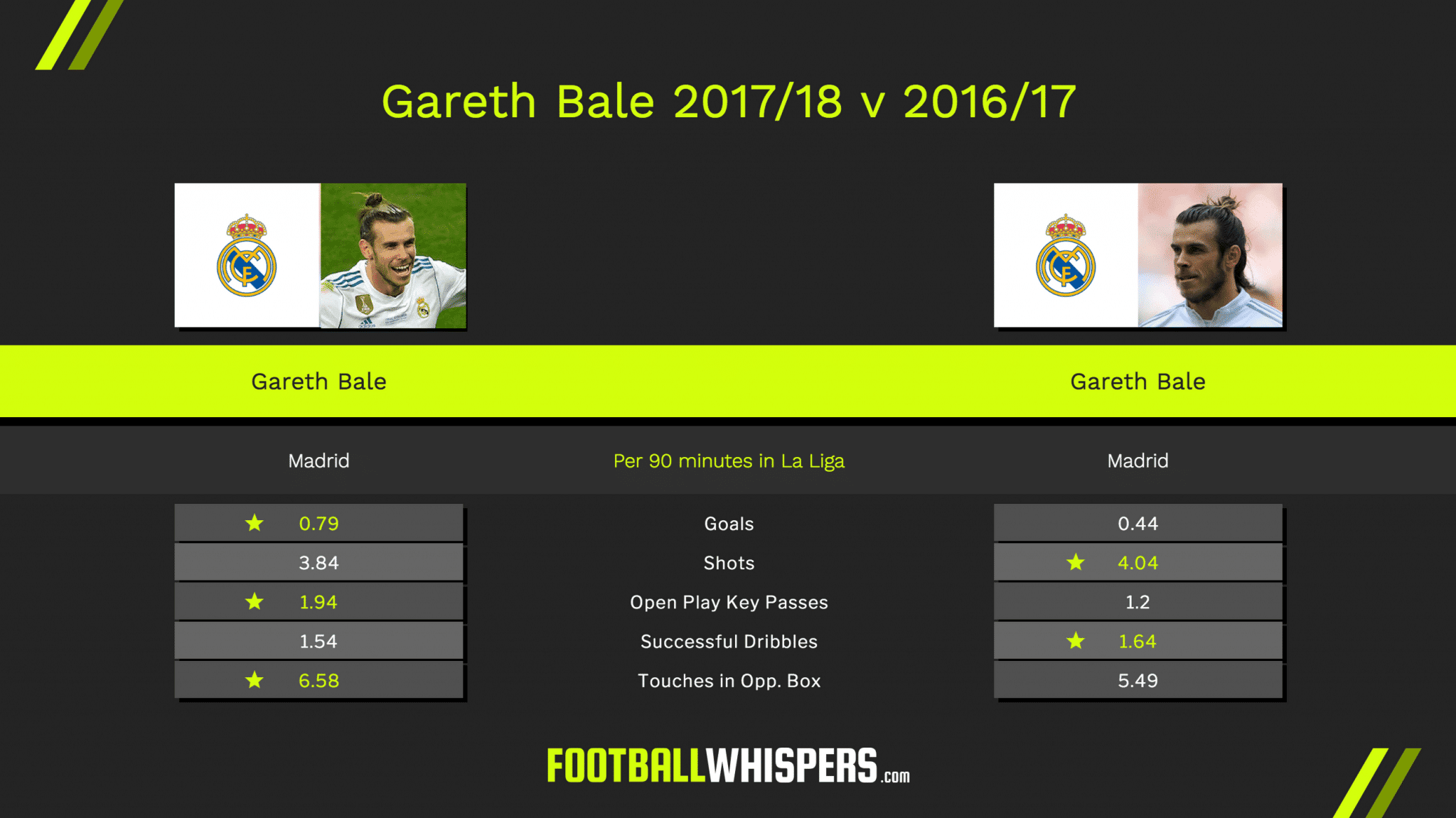 …and Bale proves his point

It has long been expected the 28-year-old will exit Real Madrid this summer. But if Bale, reportedly a Manchester United transfer target, is to leave the Bernabéu he won't go quietly.

He gave a timely reminder of his ability with a sumptuous first-time finish in the Clasico draw with Barcelona at the start of May. But that was the aperitif to the main course, served up in ice-cold fashion on the biggest stage of them all.

Marcelo swung the cross in from the left and up went Bale, flinging himself backwards, his left foot connecting sweetly to crash the ball past the helpless Karius. The German had been to blame for Benzema's opener but there was nothing he could do to keep Bale's strike out. This was pure genius.

Everything about the strike was incredible. The fact it was Bale, rather than Ronaldo, that it came just three minutes after his introduction from the bench and, above all, the sheer athleticism to get up and connect so perfectly.

On the touchline Zidane, a man who knows a thing or two about great Champions League final goals, gave the strike his approval. But is it enough to save Bale's Real Madrid career?

“I need to be playing week in, week out, and that's not happened this season,” Bale told BT Sport.

“I had an injury five, six weeks into the season but I've been fit ever since,” added Bale.

“I have to sit down with my agent in the summer and discuss it.” 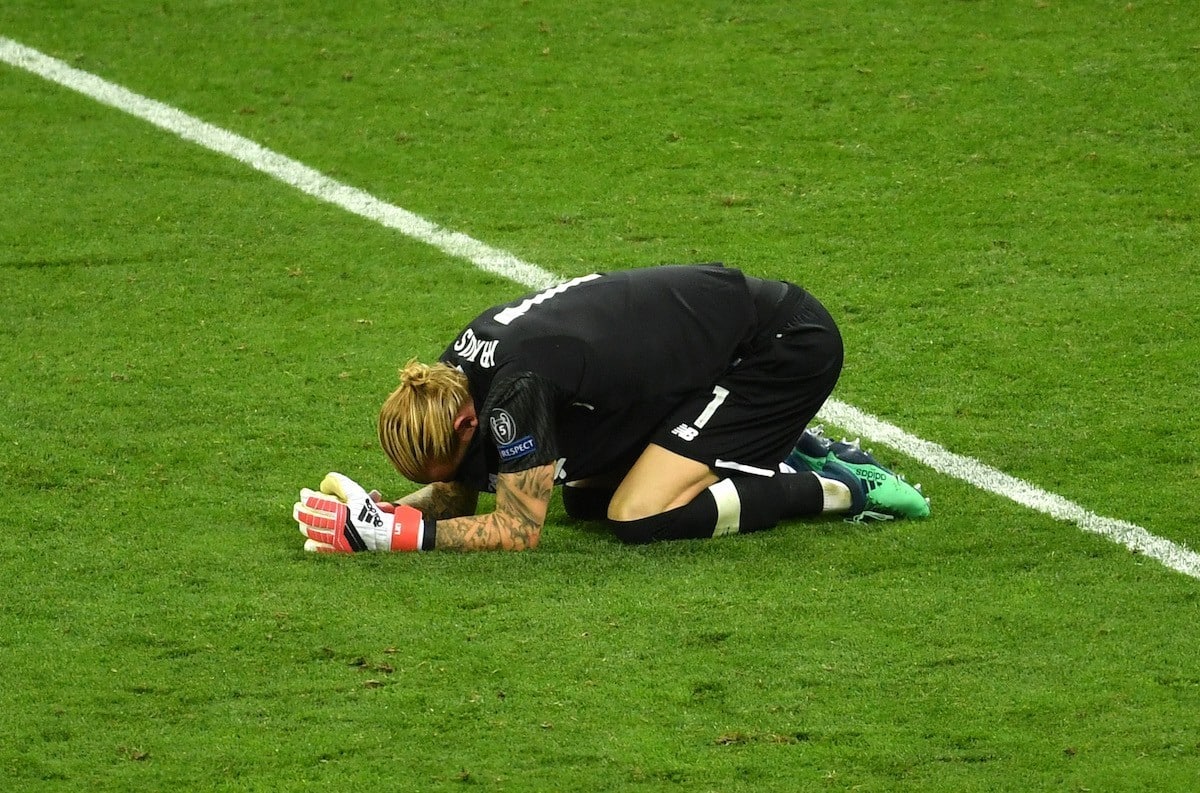 Just when it seemed Karius had not only claimed Liverpool's No.1 jersey but ensured he would continue in the role next season with a run of increasingly assured displays he brought scrutiny upon his position once more.

The former Mainz stopper had played second fiddle to Simon Mignolet for most of his Anfield career before Klopp finally grew tired of the Belgian's errors and put his full faith in Karius.

And, after a wobbly start, the 24-year-old grew into his role. Suggestions that Alisson, Jack Butland and Jan Oblak were all Liverpool transfer targets have disappeared. Then this. Karius' attempted throw was intercepted by the wily Benzema to hand Real Madrid the lead.

It was one of – if not the – the most bizarre goals ever scored in a Champions League final and a catastrophic error. But it was also a freak goal.

But what followed next will cast serious doubts over the viability of Karius as the Reds' No.1 next season. Bale picked the ball up 25 yards out, cut inside and let fly. The ball moved, granted, but not enough to justify Karius spooning the ball backwards into his own net. This was mental fragility; nothing more, nothing less.

Even becoming the first coach in the Champions League era to successfully defend the trophy last season led to questions over whether Zizou was a good coach or simply a lucky one.

But after this, winning the trophy for a third year in succession – the first side to do so since Bayern Munich between 1973 and 1976 – the debate is over.

Critics will say Real were lucky, that they benefitted from two Karius errors and an out-of-this-world strike from Bale. That is all true. But it's irrelevant too.

They have found a way to win at every hurdle, answered every question and overcome every obstacle for three years.

It's time to show Zidane, and Real Madrid, due respect.