The last Copa del Rey matchup scheduled for Saturday is the city derby of Seville, the Real Betis vs Sevilla duel. If you want to learn more about this game and get some free betting tips, check our preview of the match.

Our top Real Betis vs Sevilla betting picks and predictions

If you are not sure what is the right bet for Real Betis vs Sevilla, you can check our top betting tips for this duel:

Real Betis and Sevilla to Draw

Only one of the last five h2h duels between Real Betis and Sevilla has ended in a draw, but we can see this game being decided in extra time or even on penalties.

After all, both teams are playing well and exceeding the expectations in La Liga. Sevilla is second and Real Betis third in the league, so obviously this game can go either way. Still, a draw sounds like the most realistic outcome to us.

The last four head-to-head meetings between Real Betis and Sevilla have all gone under 2.5 total goals and we can't see why this upcoming match should be any different.

Top odds and latest stats for Real Betis vs Sevilla

If you want to bet on the best Copa del Rey odds, check our selection of odds from the best UK betting sites, including odds for Real Betis vs Sevilla:

It's never easy to predict the outcome of Sevillian city derby, but it's possible if you have all necessary facts. So, let's take a more detailed look at both teams:

Despite the fact that they've lost two of their last three games in La Liga, Real Betis is still sitting in the third place and they will be fighting for a spot in some of the European competitions. So, it's been a great season so far for Real Betis, especially since they also secured a spot in the next stage of Europa League and they have a chance to get to Copa del Rey quarter-finals, at least.

Unfortunately, Real Betis has a couple seriously injured players. Willian Jose and Martin Montoya are out at least until the end of January, but other players are fit and ready to step up for them.

With five wins and a draw in the last six La Liga matches, Sevilla is breathing down the neck of Real Madrid, the league leaders. At the moment, Sevilla is five points behind, but they've also played one match less. So, it seems that this is the season in which Sevilla is a true contender, as long as they can keep their form going forward.

When it comes to team news, Erik Lamela and Suso are still out and they will miss the upcoming derby of Seville. Other than that, the team is in good shape at the moment.

FAQ for Real Betis vs Sevilla 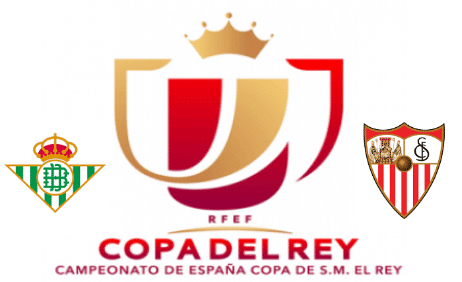