Sheffield United to take the points

Given the horrendous form both of these sides are in it's tough to bottom out a winner but we are backing Sheffield United to grab the much needed points here. The form book doesn't shine brightly on either side with Reading having four points from their last 15 compared to Sheffield United's five. The main factor that swings things towards an away win though is the head to head record; you have to go back to 2008 for the last time Reading beat Sheffield United in a league game. The Blades have won all of the last five league meetings between the sides.

Don't bank on many goals

Our next prediction for this match is that the total goals will end up south of the 2.5 mark. The reasoning for this tip is pretty straight forwards; it's what the recent results lean towards. Reading have seen four of their last five matches end under 2.5 with their game average in that time just 2.0 goals per match. Sheffield United meanwhile have seen three of their last five end under 2.5; their game average in that period sits under 2.5 as well.

First blood to the Blades

Our final tip is backing Sheffield United to draw first blood in what we expect to be a low scoring affair. The Blades, despite their struggle for goals, do have good players at the top end of the pitch and, more importantly, Reading have started extremely slowly in recent games having shipped goals in the opening five minutes of their last two games. Forgetting the specific timing, they've also conceded first in each of their last five. Sheffield United have notched first in two of their last three.

Find the best odds for Reading vs Sheffield United

Reading have been in lacklustre shape of late but, unfortunately, it's not particularly bucking the trend of their season. Despite the scoring exploits of John Swift, relegation is a real concern right now. They have got a huge injury list though and when they start coming back they would hope for an upturn. Sheffield United aren't exactly flying either with just five points between them and the drop zone. The Blades will look at Morgan Gibbs White and Billy Sharp and think they've got enough to win games; they'll certainly ask a few questions of Reading's back line here.

FAQ on Reading vs Sheffield United 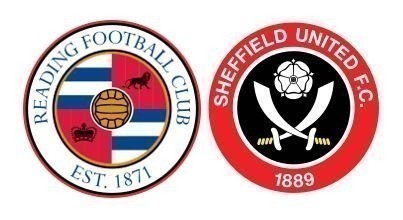