It might only be mid-November but it already looks like being a cold, dark winter for Reading with a points deduction coming along to join the poor form. Can they put smiles on their fans faces this weekend? Find out with our Reading vs Nottingham Forest match preview with free tips, predictions and odds mentioned along the way.

Reading vs Nottingham Forest: A trio of free tips

Sorry Reading fans but, for our money, this weekend looks like another negative one for you. In general form terms, Reading have won just one of their last five losing four compared to Nottingham Forest who have lost one with the other four games split evenly with two draws and two victories. It gets worse when you drill into the form though; Reading have lost their last two home games. Nottingham Forest have won four of their last five away matches and are unbeaten in six on the road.

Don't expect to see a hatful

A total goals bet is far from a banker when operating on a 2.5 benchmark but it's still a bet that has value when you consider all factors; we are backing under 2.5 goals. Three of Reading's last five games have gone under 2.5 goals whilst Nottingham Forest have had two of their last three fall short of the threshold. The real swinger on this bet though comes in the head to head history; the past seven meetings have all been under 2.5 goals. With such a track record, it wouldn't surprise to see another low scoring match.

Grabban to grab another goal

One of the biggest winners of the Nottingham Forest managerial change has been Lewis Grabban. The 33-year-old hasn't consistently getting 90 minutes under his belt but he is regularly involved. Grabban's last two matches show what good form he is in; he's only played a combined 98 minutes of football but has scored three goals in that period. Given he can score pretty much every type of goal, he'll be a real threat to a Reading defence that is far from solid.

Find the best odds for Reading vs Nottingham Forest

These two teams really sum up the Championship; neither have been great this season but both are just a couple of back to back wins away from putting themselves right in the playoff mix. Reading have had a points deduction but it's the fact their goals have dried up that will be the main concern. John Swift was banging in goals for fun earlier in the campaign but now the team have blanked in three of their last four. Nottingham Forest meanwhile are doing pretty well since swapping managers; they've only lost once. Lewis Grabban, our goal scorer prediction, has been someone that's delivered for the new boss.

FAQ on Reading vs Nottingham Forest 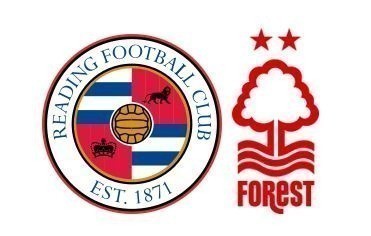