Blackburn Rovers have the only 100% record in the EFL. Will they maintain it with a win here? Find out with our Reading vs Blackburn Rovers match preview with free tips, predictions and odds mentioned along the way.

Blackburn Rovers maintained their perfect record with a 2:1 win against West Brom; they are now at the top of the Championship table, with three wins from three. It's worth noting that the Rovers' winning run stretches longer than those three games; they've actually won six matches in a row, and are unbeaten in their last eight games. In contrast, Reading have struggled to win games recently, as they lost four of their last five matches. Looking at the form of both teams, we are inclined to back Blackburn Rovers for the win.

Blackburn's recent fortune partly depends on their stingy defence; while they are coming off a 2:1 win against West Brom, that was actually the first time the Rovers conceded a goal in six games. Furthermore, Blackburn will face a Reading side that failed to score in six of their last 11 matches. We would also like to mention that both teams have had their fair share  of one-sided games when it comes to goals; at least one team did not score in five of Blackburn's last six, and in seven of Reading's last 11 matches. Additionally, one of these teams did not score in their last three clashes; that's why we believe that one of these sides will keep a clean sheet.

These two sides have extremely contrasting form heading into this match with Blackburn Rovers sitting pretty on top of the Championship having chalked up win after win in their recent outings. For Reading, it's been a tough start to the campaign with just the solitary win. Will this game be true to the form book or can the Royals deliver a shock?

Reading are coming off a disappointing 4:0 loss at the hands of Rotherham United; that was their fourth defeat in their last five matches. Paul Ince's men will welcome an in-form Blackburn side to the Madejski Stadium; they'll hope to take all three points on offer in this match.

Blackburn Rovers have enjoyed some fine form over the course of this summer; they have won six consecutive matches, and have no losses in their last eight games. The Rovers will look to extend their unbeaten run to nine matches as they gear up for their fourth league match; they'll fancy their chances against a struggling Reading side.

A quickfire FAQ on Reading vs Blackburn Rovers 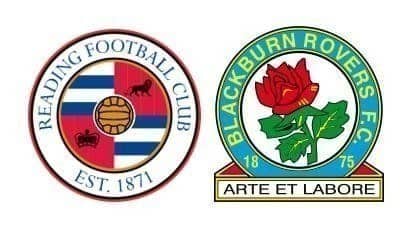