There are not secrets in football anymore and on Tuesday, failing Serie A giants Inter Milan announced they had parted ways with Dutch boss Frank de Boer. We had all seen it coming, with the 1-0 win over Sampdoria perhaps the nail in the coffin for the former Ajax man.

It’s not all bad news for De Boer, as reported in the Italian press he will continued to be paid until June, at which point his contract will be terminated for a fee of €1.5 million – not bad for a job that was doomed from the very start.

His season kicked off with a 2-0 defeat to Chievo Verona, that opening fixture came just 12 days after he was appointed as head coach. Roberto Mancini had previously spent four years at the San Siro between 2004 and 2008, the club have changed manager 14 times since the turn of the Millennium. Mancini joined for his second spell in 2014, but was fired after pre-season. A wonderful start.

Against Chievo he went with 3-5-2, trying to match up against the Flying Donkey’s front two. Inter at the peak of their powers would never have worried about an opponent of Chievo’s ability, they would have kept strong and taken the game to the minnows. Mauro Icardi captained the side, playing up with Eder. De Boer had Yugo Nagatomo on the left and the more attacking Candreva on the right. Inter bossed possession, controlling 66% of the play, creating 13 shots. However, only three actually made it on target. Two of them were from distance and the other was attempted by Brazilian defender Miranda. Icardi didn’t register a single shot. Safe to say Inter weren’t playing to the percentages.

They moved to 4-3-3 in the draw against Palermo, with Ivan Perisic playing on the left-flank. Icardi headed in substitute Candreva’s cross from the right to level the game with 18 minutes to go. Inter still didn’t have their shooting boots on, this time just five of 22 attempts reached the goal. The inclusion of Perisic definitely made an improved difference. He attempted five crosses and had two of his three shots find the target. The Dutchman stuck to that formation for the win over Pescara, although they had to come from 1-0 down to beat the newly promoted side 2-1. It also saw Portuguese midfielder Joao Mario make his debut. Taking over from Kondogbia, he made two key passes, attempted six crosses and was hugely influential in the midfield. He cost the club £34 million from Sporting in Portugal and along with the highly rated Gabriel Jesus from Santos for £60 million spent before the end of the window. 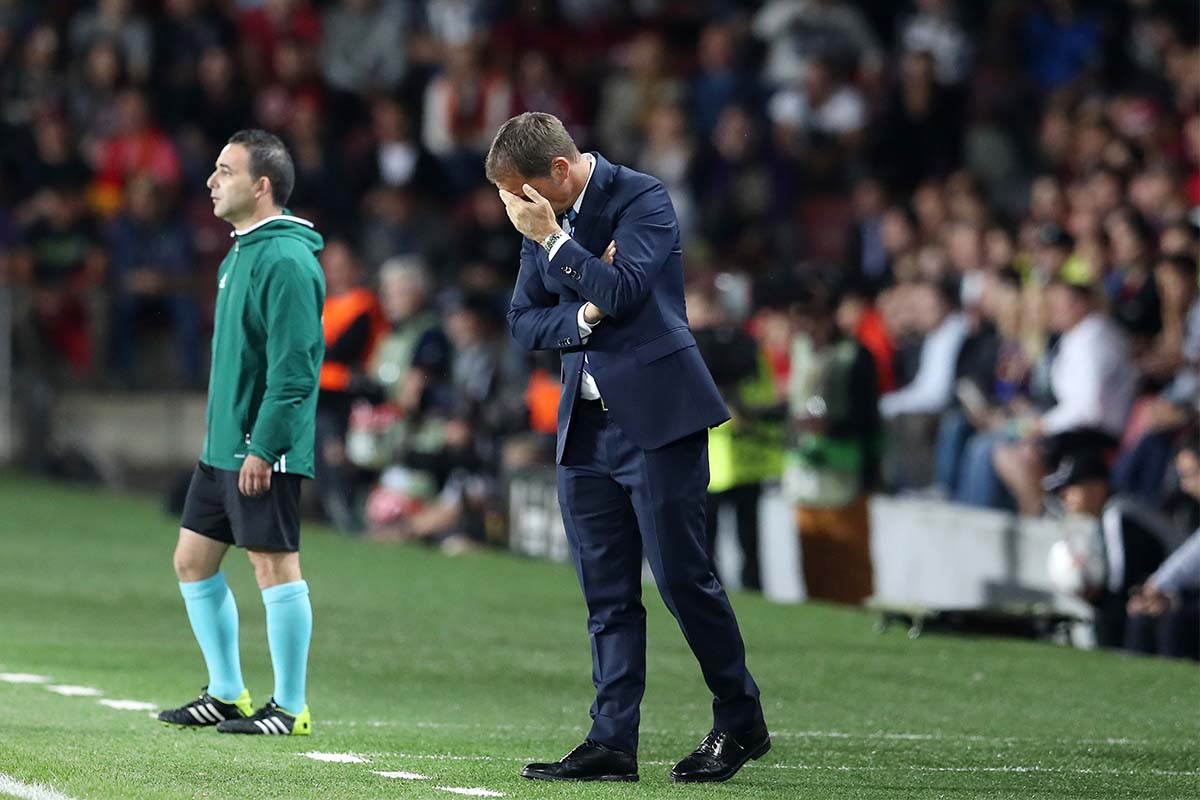 The signings asked serious questions on the direction of the squad. Inter are not lacking midfield talent. Joao Mario is a quality player, but it almost sends the likes of Kondogbia and Brozovic to the fringes. Even Gabigol, the 20-year-old who plays primarily on the right-wing, puts Candreva’s place under threat. Competition is a great thing for maintaining form, but when it’s two players bought for a large fee in a team that is trying to find their way back to the top end of Italian football, it makes you question whether or not they have a plan in place.

Everything Inter does, including the appointment and sacking of De Boer has a very short-term feel about it. There’s no stability, no thought behind the building of the squad and with every new manager and change at the top, you are almost inviting more chaos to the club.

The new manager will try to play his own style, implement his own system and if the players he has don’t fit that, you can’t expect instant results and you can’t just allow them to bring in more players.

Inter’s problems were mounting up already, with over-spending over the last three years meaning that they were only able to name 21 players for their UEFA Europa League squad. That means that despite all the investment, Gabigol, Kondogbia, Joao Mario and Jovetic won’t feature in Europe. They have spent approximately £193 million and FFP rules states that they must ensure their income at least matches their expenditure. That comes to just £81 million over the same period. Something has to give.

As has become normal with this once great club, it’s the manager’s head that rolls. Wins over Juventus, Empoli, Southampton and Torino were not enough to save De Boer, in part due to results against AS Roma, Cagliari, Atalanta and Sunday’s loss to Sampdoria.

You only have to look at the Premier League, with Antonio Conte and Pep Guardiola having to adapt to a new league. They are constantly analysing and moulding their side into their style in a new world. De Boer has been doing the same. Some results have been questionable, but others impressive.

Now, the Milan club are linked with journeyman boss Andreas Villas Boas, someone who has ultimately disappointed since leaving FC Porto. The other, more expected option is SS Lazio man Stefano Pioli, again, another boss that hardly has a glowing resume. Both seem like sideways, even backwards steps and you would get short odds to suggest that Inter will be looking for another new boss next summer.

Given time, you have to believe that De Boer, with everything he has seen and done, plus a winter break to conduct his own pre-season could have turned things around. Now, we’ll never know.