Over 2.5 First Half Goals

The RB Leipzig vs Teutonia Ottensen duel scheduled for Tuesday, August 30th in DFB Pokal is pretty much already decided, but you should still check our preview of this match and our top betting predictions.

The home team is the clear favourite in this match, but you might want to check some of our free betting picks for this game:

This is a meeting between one of the best German clubs and reigning winners of DFB Pokal, against a tiny team that competes in the fourth rank of German football.

On top of that, the game will be played at RB Leipzig's stadium since the ground at which Teutonia Ottensen was supposed to host the game is unavailable at the moment. So, there's little doubt about the winner of this game and betting on Leipzig, even with handicap, is not worth your time. Instead, we suggest betting on goals and our prediction is over 5.5 total goals.

Over 2.5 Total Goals in First Half

For the reasons we already mentioned in our previous prediction, our next tip will also be related to goals. This time, we suggest betting on over 2.5 total goals.

There is no doubt that we will see a lot of goals in this game, most, if not all, will be scored by RB Leipzig. And because we expect the home team to dominate the game from the start, we can see three or more goals being scored in the first half.

The Best Odds and Stats for RB Leipzig vs Teutonia Ottensen

If you want to bet on the top RB Leipzig vs Teutonia Ottensen odds, check them all out right here:

While it's cleat that the guests are unlikely to get anything from this game, let's still take a closer look at both teams:

After three games without a win at the start of the new Bundesliga season, RB Leipzig finally broke that streak in the last round with a win over Wolfsburg. Before that, RB Leipzig also lost to Bayern Munich in German Super Cup. Still, that win over Wolfsburg will give the team some confidence and a game against lowly Teutonia in German Cup should boost it even more.

Meanwhile, it's hard to predict a lineup for this game since RB Leipzig is such a huge favourite and they will likely rest some of their key players.

Just like their upcoming opponent, Teutonia Ottensen also started the season with three games without a win, but instead of Bundesliga, they did it in Regionalliga Nord, the fourth rank of German football. But after those early struggles, Teutonia managed to win the next two games in the league and they are currently eleventh in the standings.

When it comes to team news, Teutonia Ottensen will be without their centre-back Marcus Coffie through injury.

Q & A for RB Leipzig vs Teutonia Ottensen 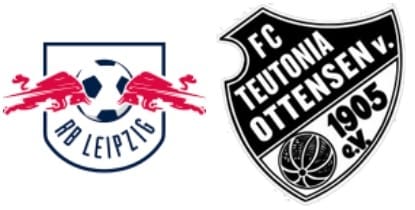