Eintracht Frankfurt welcome RB Leipzig to Deutsche Bank Park in the Bundesliga on Saturday, September 3rd. Frankfurt and Die Roten Bullen go head-to-head for three points in Germany. Read our free predictions and find the latest odds for the fixture below in our detailed match preview.

Both Eintracht Frankfurt and RB Leipzig won for the first time this season last weekend. Can either team secured a follow up victory on Saturday? Read our top predictions for this weekend’s fixture below.

RB Leipzig have been grinding through the gears in the early parts of the new Bundesliga season and though they won for the first time this term at struggling Wolfsburg last weekend, Die Roten Bullen didn’t really convince. Eintracht Frankfurt are unbeaten in three assignments meanwhile, and Die Adler have been awkward opponents for Leipzig in recent years. Each of the last four meetings between the clubs have ended all square and with the visitors not yet firing on all cylinders, Eintracht look under priced in the double chance market again.

Eintracht Frankfurt found their shooting boots last week when they put four goals past Werder Bremen and with their finishing skills sharpened, they should be able to notch again against Leipzig. Die Roten Bullen had a productive week in front of goal themselves, however, registered twice against Wolfsburg in the league and a whopping eight times against Teutonia Ottensen in the cup on Tuesday. Both teams look primed to find the net again on Saturday so back BTTS to land for the fifth time in six meetings between Eintracht and Leipzig.

View our selection of the top stats for Saturday’s match below alongside a tool to help you choose the best odds.

Read all of the latest injury updates and team news for Saturday’s Bundesliga contest between Eintracht Frankfurt and RB Leipzig below.

Eintracht Frankfurt have reported relatively few injuries this week with defender Almamy Toure their only confirmed absentee at present. Die Adler came out on the right side of a seven-goal thriller against Werder Bremen last week and they will hope to carry some momentum into Saturday's test.

RB Leipzig are expected to be without Alexander Sorloth, Lukas Klostermann and Yussuf Poulsen this weekend. Keeper Peter Gulacsi remains a doubt while Ilaix Moriba could return from a bruised knee. 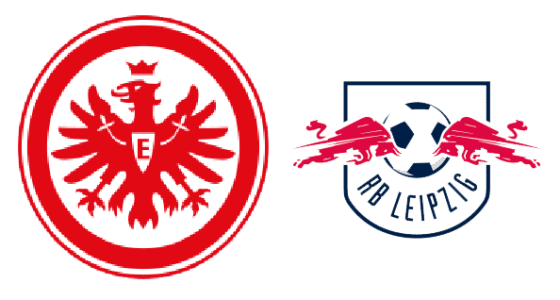 Eintracht Frankfurt and RB Leipzig drew 0-0 when they last faced off in March.