The Rayo Vallecano vs Granada duel might not be the most interesting game of this La Liga round, but it should be a very close one. So, we have prepared an in-depth preview of the match for you, along with a few free betting tips and predictions.

Our top betting tips for Rayo Vallecano vs Granada

If you need some help to find the best Rayo Vallecano vs Granada bet, check some of our favourite betting tips for this game:

Rayo Vallecano and Granada to Draw

Neither of the two teams has started the season in a great fashion – Rayo Vallecano lost the first two games, while Granada drew in both of them. That being said, both teams have had a tough schedule at the start of the season and we expect to see a close duel between them, which should end in a draw.

Rayo Vallecano and Granada to Draw at Half Time

Both teams have scored in three of the last five h2h duels between Rayo Vallecano and Granada, so that could be a good sign of what to expect in this game. That being said, Rayo Vallecano failed to score in the first two matches, while Granada only scored once. Still, we like this prediction and have a good feeling about it.

The best odds and stats for Rayo Vallecano vs Granada

You can see the top odds for Rayo Vallecano vs Granada on our list of odds taken from the best UK betting sites:

The returnee to the Spanish top-flight didn't have the best start of the season since they've lost both of their matches in the first two rounds. However, Rayo Vallecano played both of those games away from home and against Sevilla and Real Sociedad, two teams that finished fourth and fifth in La Liga last season. Now Rayo Vallecano will finally play at home and they have a full, healthy squad at their disposal.

The last season was the most successful for the team since they've reached the semi-finals of the Europa League in their first-ever European appearance. Granada finished La Liga season in the 9th place, which was a solid result considering their European run. However, Granada didn't have the best start of the new season since they drew in both matches, against Villarreal and Valencia. On the bright side, their only injured player at this time is Lozano. 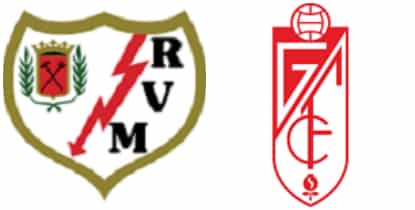