Morrison, whose career has become a sad, nomadic symbol of wasted talent since leaving Old Trafford in 2012, was offered another opportunity, this time with Swedish side Östersunds FK.

Now 26, the former England Under-21 international had fallen off the radar, having last played Premier League football in 2014.

His switch to Swedish football closes the curtain on a curious and entirely fruitless four-year association with Lazio, during which he managed just 58 minutes of league action.

As he vows to rebuild at Östersund, who enjoyed a brief spell in the spotlight last season when their Europa League adventure pitted them against Arsenal in the knockout stages, we look back on how Morrison – once labelled the most gifted player to ever grace United's youth ranks – has let a promising career slip through his grasp.

Life changed quickly for Morrison after he signed for United. Scouted by Phil Brogan, Morrison was playing for Fletcher Moss Rangers, the Red Devils talent factory which has over the years produced talents such as Wes Brown, Jesse Lingard and Marcus Rashford.

Morrison was labelled a special talent and certainly wasted no time making an impression, emerging as United's outstanding player during the FA Youth Cup success in 2011. 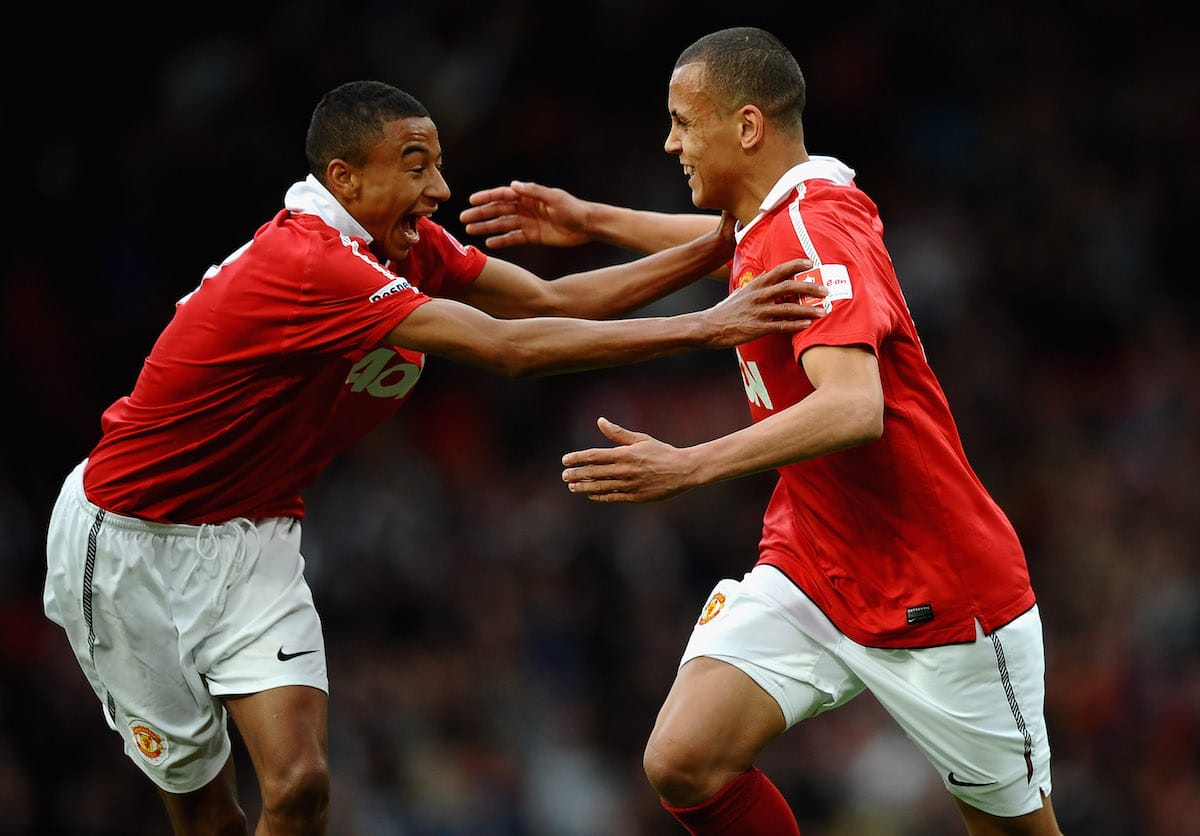 The attacking midfielder regularly outshone Lingard, Will Keane and even a certain Paul Pogba as United clinched the cup under Paul McGuinness. Morrison bagged two goals in the 6-3 aggregate win over Sheffield United in the final.

But even then, in May 2011, with him only having turned 18, Morrison's off-field troubles were beginning to worry those behind the scenes at United.

Just two days after firing United to cup glory, he was in Salford magistrates court, being advised to seek counselling about domestic abuse after being charged with attacking his girlfriend.

Morrison avoided jail time but his days at United were numbered. Sir Alex Ferguson, who handed him his first-team debut in October 2010, recognised the player's rare talent but was also acutely aware of his chequered behaviour away from football, which caused him to miss training sessions.

Having failed to make his Premier League debut for United, he was sold to West Ham in January 2012. Ferguson's advice to Hammers boss Sam Allardyce was simple; sort him out and he'll be a genius.

There were signs, too, that he could yet salvage a career in the English top-flight. After a productive loan spell at Birmingham City, Morrison cracked the starting XI at Upton Park, attracting effusive praise from Allardyce after his ‘genius' goal helped West Ham beat Tottenham 3-0 at White Hart Lane.

It was the apex of his time in English football, driving in between Jan Vertonghen and Michael Dawson before deftly lifting the ball over the onrushing Hugo Lloris.

“It looks like it’s paid off for us,” Allardyce beamed. Well, not quite. At that point, with England manager Roy Hodgson watching with interest from the stands, Morrison certainly seemed to be on an upward curve.

A successful loan spell at Queens Park Rangers during the latter stages of the 2013/14 campaign, during which he scored six times to help Harry Redknapp's side to Premier League promotion via the playoffs, failed to earn him a spot back in the West Ham team.

He was sent back to the Championship, this time to Cardiff City. Managing just a solitary start for the Bluebirds, his career then took a turn for the bizarre when he popped up in Rome in the summer of 2015.

Broadening horizons is not beyond English footballers, of course, but Morrison's Italian job took those who knew him by surprise. After all, this was a player who packed baked beans when he used to travel with United so he could avoid foreign food.

He was a project for Lazio head boss Stefano Pioli who, through a combination of tough-love and careful coaching, had coaxed star-making turns out of Felipe Anderson after convincing the Brazilian to ditch junk food and develop an appetite for training.

It worked with Anderson but bringing out the best in the wayward Englishman proved beyond Pioli's talents. Not that Morrison helped himself; he made little effort to learn Italian.

The Biancocelesti's gravitated towards his wild child image; the players and coaching staff probably felt differently.

A few months into his stay in Rome and Morrison could be found sending out cryptic tweets begging for a January transfer.

It was never going to end well. A short-lived return to QPR failed to resuscitate his reputation in England and, after a prolonged spell with Lazio's reserves, Morrison landed in Guadalajara, on loan at Atlas.

A radical move, Morrison showed the odd flash of quality in Mexico but faded quickly. Having joined in August, he was on the outside looking in by February, a substitute whose stay in North America was clearly coming to an end before it had truly begun.

It was the same old story. Morrison, so often out of teams and in trouble, has always struggled to stay match-fit. That his nearly decade-long career has yielded 119 appearances speaks volumes. 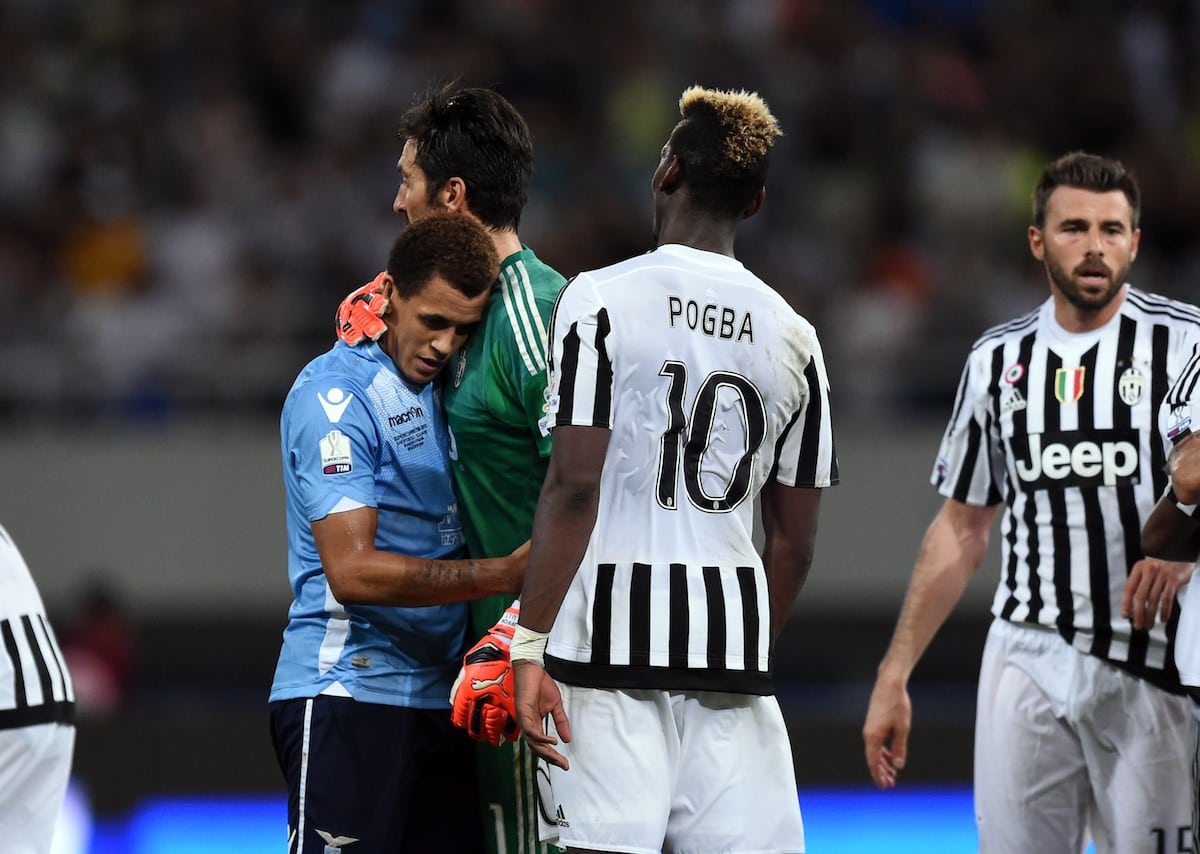 Now in Sweden, a dramatic resurgence seems unlikely but we can only wish him the best. A tortured footballing soul, Morrison's star shone brightly but all too briefly.

A gifted ball-carrier with a penchant for the spectacular, his head got in the way of his talent. In 2016, while his former teammate Pogba was busy becoming the world's most expensive footballer after winning four Serie A titles with Juventus, Morrison was a peripheral figure at Lazio, wondering then, even at 23, was his career as good as done.

It isn't but, while we'll track his progress in Sweden with interest, it's difficult to imagine him ever making a splash on these shores again.