Thirty-eight million euros. That’s the amount that Wolverhampton Wanderers are set to spend to secure Raúl Jiménez’s services on a permanent basis, according to the Portuguese press.

The 27-year-old has four goals and four assists in his debut Premier League season, including the equaliser in the win against Chelsea, but does he deserve the price tag?

Jiménez is something of an odd player. His stats look good on the surface: his 0.53 expected goals per 90 minutes is the ninth-best in the Premier League. 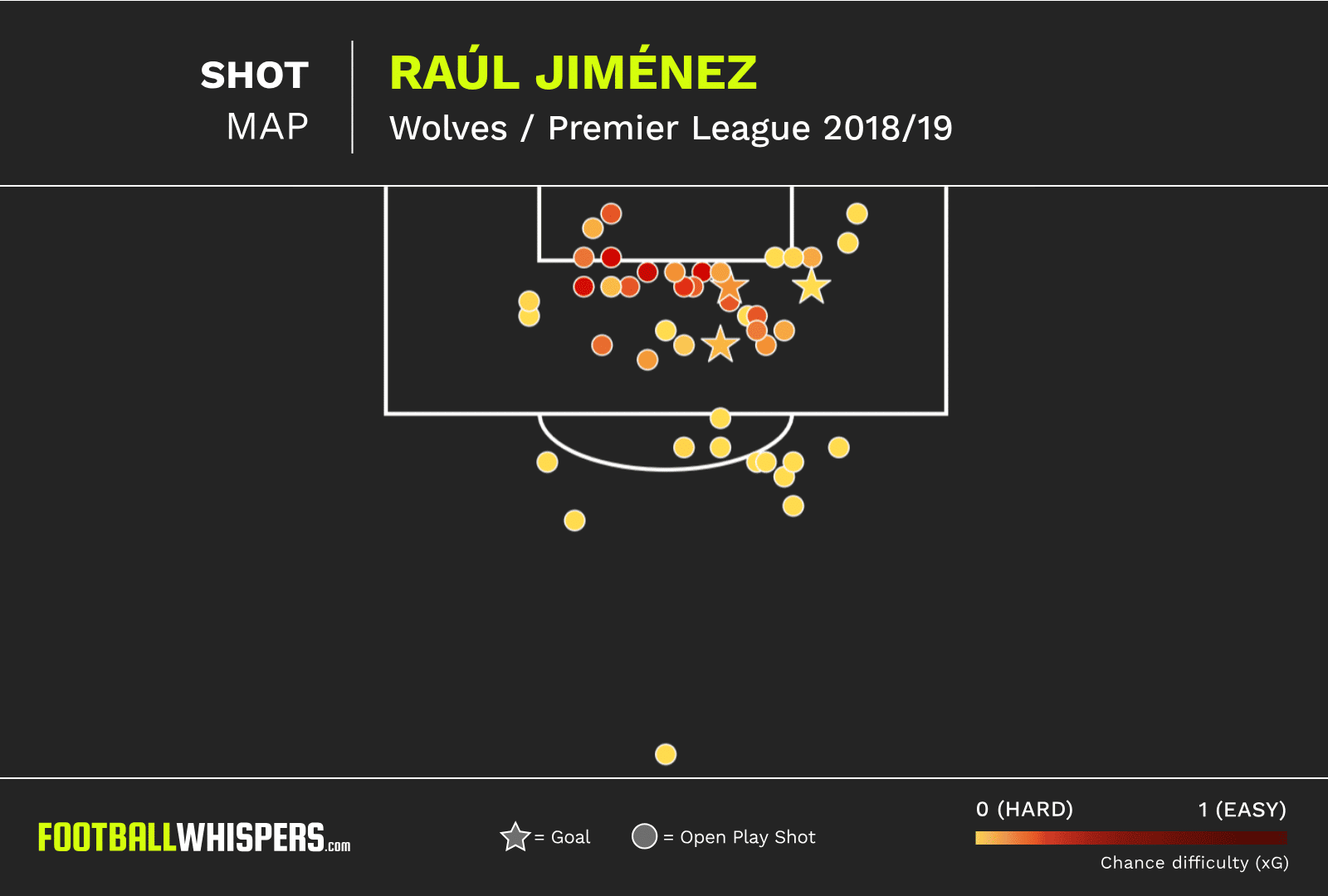 Nearly a third of these shots are headers, though, which will be why he hasn’t scored more of those chances around the six-yard box. A lot of his chances inside the box also occur when he’s under a lot of pressure.

On this chance, he’s taken a pull-back under control but is having to spin 180 degrees as he hits the shot to get it towards goal. 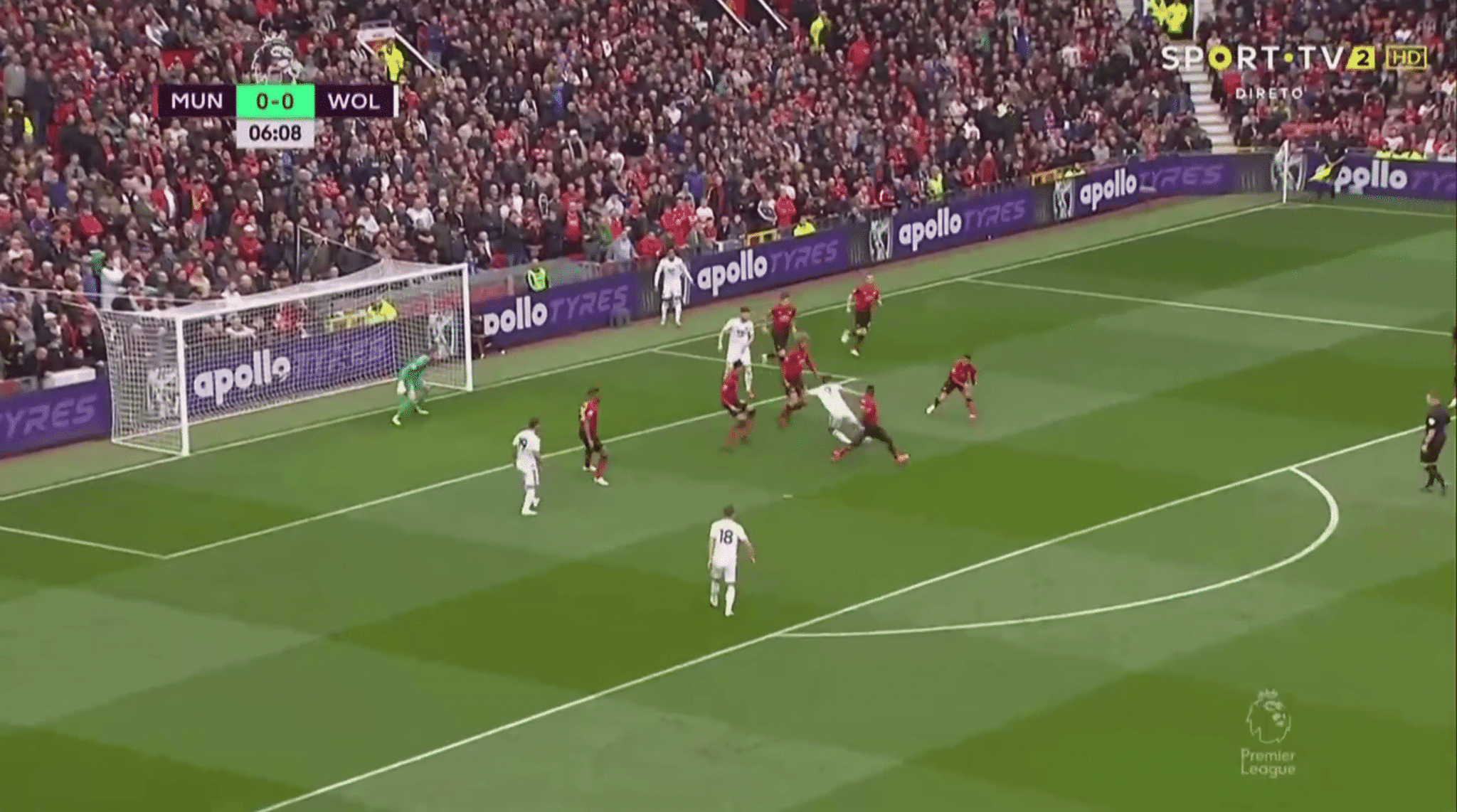 There are several ways to read this. The fact that he’s often taking shots under pressure suggests that his chances are worth less than Football Whispers’ expected goals model would suggest.

That means that there’d be less of a drop between his expected goals and actual goals – a gap of 4.45 open-play xG. This might assuage fears about his finishing skill but counterbalances it with a concern about whether he’s actually a player capable of getting into good positions on a regular basis.

There are also the odd decisions that he makes, such as the below snapshot, deciding to shoot first-time after a ball breaks loose to him. 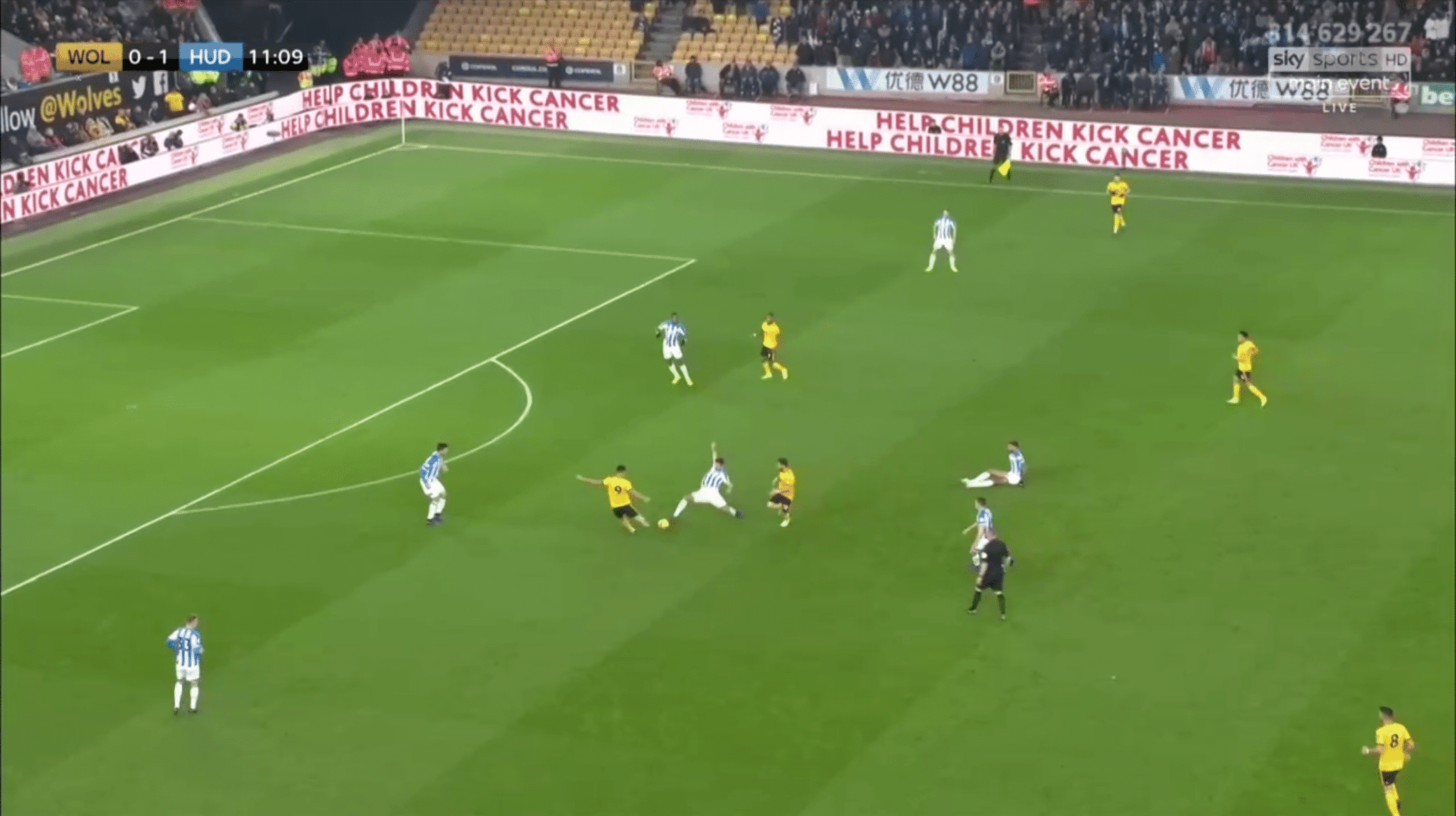 There have been a number of similar shots that he’s taken in the league this season, and he very rarely, if ever, hits them cleanly.

In a similar ‘shoot on sight’ theme, he seems to go for power rather than placement in one-on-ones.

Part of a team

However, he seems to fit into Wolves’ system well enough. His hold up play is good and he links well with Matt Doherty and Hélder Costa. A team, particularly a newly-promoted team (even one with the backing of Wolves), need to be more than the sum of their parts. 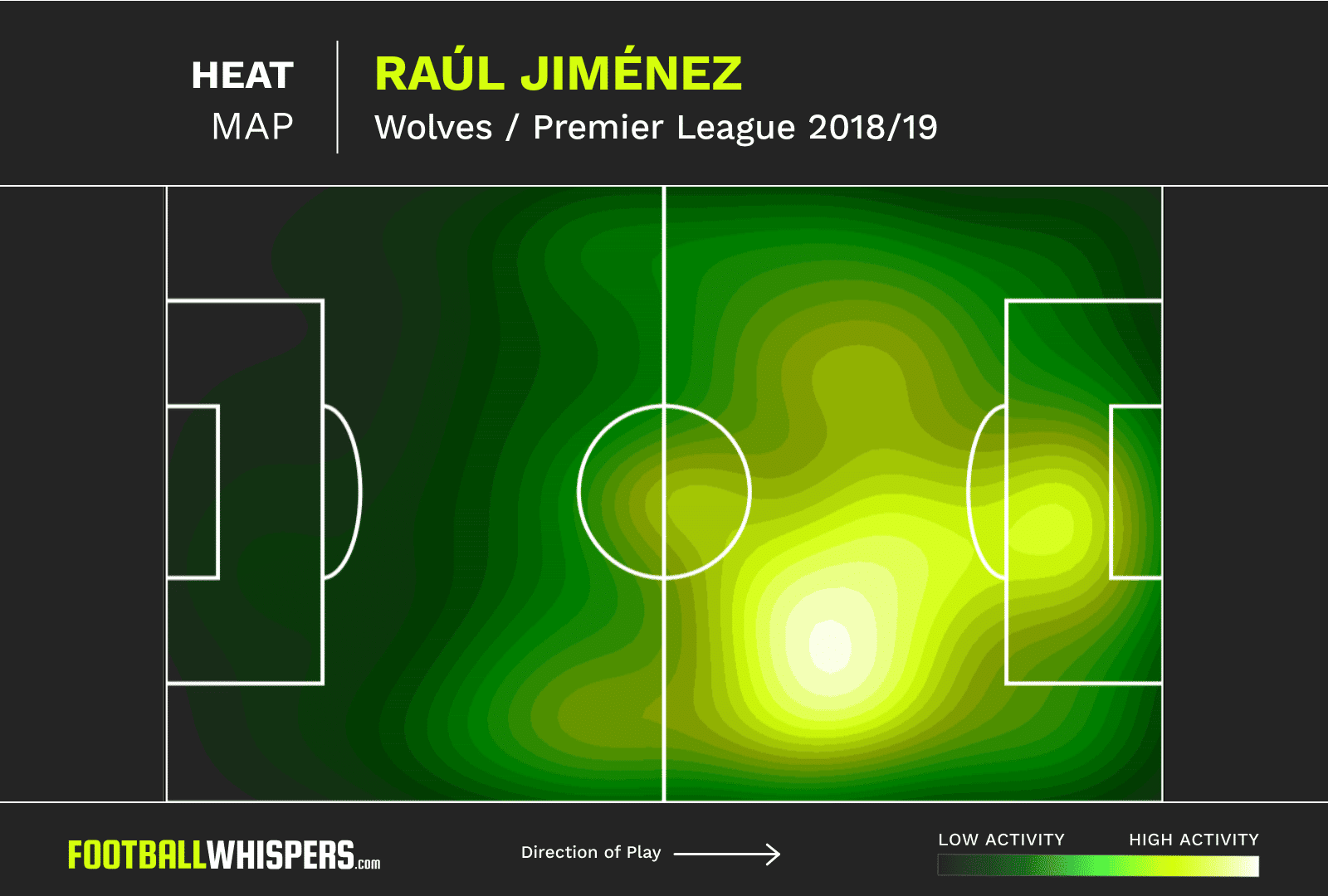 While €38m doesn’t stretch as far as it used to — Mariano Diaz returned to Real Madrid for €30m this summer — it’s still a lot of money.

Wolves may see something in Jiménez, but he’s yet to totally convince that he’s worth the price.