An Austrian vs a Czech team in a battle for some of the last remaining Champions League spots. Stick with us for the best free betting tips for the first match of this two-legged tie.

Always check your betslip before placing your final bet, as the odds may change at all times. Our recommended bookmaker for this game is Netbet.

This time we've preferred to go with the underdog-backing bet. Although the bookies estimate Rapid Wien's chances of winning to be higher than those of Sparta Praha, we believe it might be the other way around. The hosts have won 5 of their last 10 games, but the Czech side has been victorious in 8 of its last 10 matches. Furthermore, Sparta Praha has scored 35 goals in the same 10 games, while Rapid Wien has just 20. Another clue we might have is that Sparta Praha is the side with the higher UEFA club coefficient.

After going through both sides’ match history, we cannot ignore the fact that a lot of goals have been scored. Not only by them but also against them. Rapid Wien has 7 over 2.5 goals games, 5 of which were also over 3.5 goals. Sparta Praha is doing it even better with 90% of its game going over 2.5 goals Furthermore, 8 of those 9 matches had over 3.5 goals in them.

As we already established, both sides love their goalscoring and would also fancy putting a few on the board. Out of its last 10, Rapid Wien managed to find the net in 8 of those games, while the Czech side has been flawless scoring in every one of their most recent matches. Both sides tend to concede regularly, which would only help our bet out.

Vienna vs Praha – which city will remain in the CL?

This match definitely is one of the highlights of the CL qualification rounds. The good news is that there is also the second-place reward for the losing side, which is getting into the Europa League qualifying process.

Having never faced each other, it's hard to know how this game can possibly turn out to be. The only thing that they’ve in common is that they both share a game with Austrian side Wolfsberger, and have both lost those matches. 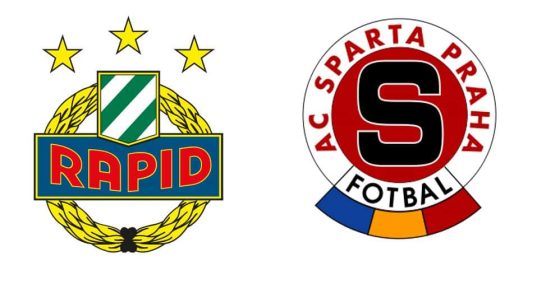