One of the more interesting matches in the upcoming round of Europa League is the Rapid Vienna vs West Ham duel, so check our preview of the game if you wish to know more about it.

If you are not sure what is the right bet for the Rapid Vienna vs West Ham duel, check our top betting tips for this match right here:

The Hammers are leading their group with ten points from the first four games, but they haven't secured the top spot yet. However, a win over Rapid would mean that West Ham is first for sure, so we expect them to give their best against a team that only managed to collect three points in Europa League so far. West Ham already beat Rapid Vienna once in the group, so our prediction is for that to happen once again.

If you wish to bet on the top Rapid Vienna vs West Ham odds, you can find them all right here on our website:

Rapid Vienna vs West Ham preview: Can the Hammers secure the top spot?

The team from the Austrian capital has been in good form lately, winning three of their last six games in the league, along with two draws and one loss. However, Rapid is only sixth in the league overall and they are already twenty points behind the top team in the country. In addition to this, Rapid only has three points from the first four matches in their EL group, but they still have a chance to get to the second spot if everything goes their way in the last two rounds. On the other hand, the team has six injured players right now.

The Hammers are having a great season and they are in good form, with four wins, one draw, and one loss in the last six games in the Premier League. West Ham is currently fourth in the league, but they are also doing well in Europa League where they are leaders of the group with ten points from four games. Furthermore, the only injured player at the team right now is Ogbonna. 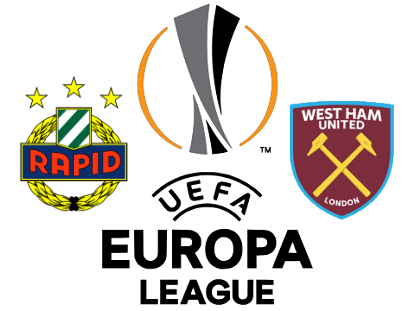