Rapid Vienna and Ried start their new Austrian Bundesliga campaigns against each other on Sunday, July 24th. Rapid are favourites to prevail on matchday one. Read our free predictions and find the latest odds for the fixture below in our detailed match preview.

Rapid Vienna have claimed seven points from their last three meetings with Ried ahead of Sunday’s Bundesliga opener. Read our top predictions for this weekend’s fixture below.

By anyone’s standards, Rapid Vienna underperformed last season, though a new campaign brings comes with a clean slate and the traditional powerhouse look ready to get off to a fast start on Sunday. Rapid put Ried to the sword 3-0 in the corresponding fixture last term in what was one of their most convincing displays of the entire year, indeed, they have never lost a single league game at home to them. That record is difficult to ignore and we recommend siding with the hosts here as a result.

The Allianz Stadion should be buzzing with early-season optimism on Sunday and we’re tipping the home players to harness that energy against Ried. Rapid have scored at least twice in four of their last five encounters with SV and they wield enough firepower in the final third to give their defence another torrid time this weekend. The goals markets look ripe for plundering in Vienna and a stake on Rapid in the over 1.5 team goals niche is advised.

Top Betting Odds and Stats for Rapid Vienna vs Ried

Browse our list of the best stats for Sunday’s game below alongside a tool to help you choose the best odds.

Read all of the injury updates and team news for Sunday’s Austria Bundesliga fixture between Rapid Vienna and Ried below.

SV Ried didn't loosen the purse strings over the summer, though they did manage to bring in four new recruits for minimal outlay. Christoph Monschein, who arrived from LASK, could make a splash as could Denizcan Cosgun, who was acquired from FC Wacker. 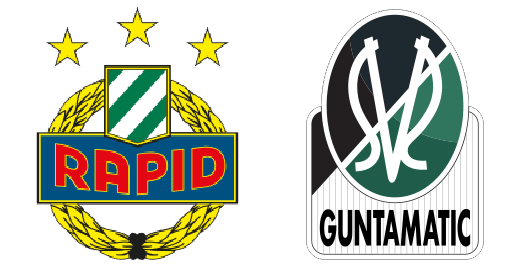 Who is Rapid Vienna’s manager?

Ferdinand Feldhofer is in the hotseat at Rapid Vienna having joined the club in November last year.

Who are the current Austria Bundesliga champions?

RB Salzburg are the current champions of Austria.