One of the more interesting rematches in the third round of Champions League qualifiers is the Rangers vs Malmo duel, especially after Malmo won the first leg 2-1. So, check our preview of the game to learn more about it.

Our best free betting tips and predictions for Rangers vs Malmo

If you can't decide on the best Rangers vs Malmo bet, check some of our favourite betting tips for this game:

After they lost the first leg 2-1 to Malmo, Rangers has to put up a better showing in the second leg if they want to play in the Champions League this season – and we expect them to do so. Malmo is a good team and it won't be easy, but our prediction is for Rangers to win since they have enough quality to see Malmo off and because they are playing at home.

Both teams scored in the first match between these two teams in the Champions League Qualifiers and we expect the same thing to happen in the second leg as well. After all, Malmo already played in four games in the Qualifiers in previous rounds and three of those games have ended with both teams scoring, so it's obvious that they are good in offence and not so good in defence.

Since the first game went over 2.5 total goals, it's only logical to see at least three goals in the rematch as well. The reason lies in the fact that Rangers has to attack from the start since they need to win by a two-goal difference to go through and Malmo has already shown that they can play a free-flowing, offensive football.

Top odds and important stats for Rangers vs Malmo

If you are looking for the best Rangers vs Malmo odds, take a look at our selection of odds from various UK bookmakers:

Rangers vs Malmo preview: Can Malmo upset the odds?

After a history season in which they've won the title in Scotland by leaving their fierce rivals Celtic 25 points behind them. However, the team already lost one game in the first two rounds of the new season and they've also had a poor start to the CL Qualifiers after losing the first leg to Malmo in Sweden 2-1. So, it seems that Rangers still has some work to do before they can get back into their form of last season.

The Swedish champions have started the Champions League Qualifications from the first round, which means that they've already eliminated a couple of teams to reach this stage. They've beaten Riga 2-1 on aggregate and HJK 4-3 on aggregate. In addition to this, the Swedish league is already half-way through and Malmo is currently tied for the first place with Djurgarden, so they are obviously in great form at the moment. 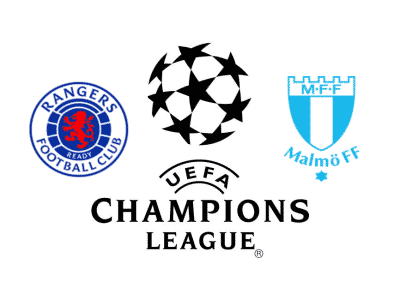