Rangers lost the Battle of Ibrox on Saturday. That 2-1 defeat to Celtic means that, although they are second in the table, they are 19 points adrift. It’s not a gap that is going to get any smaller, but Mark Warburton has begun to identify transfer targets to begin building a team that can find some consistency.

Warburton’s No.1 target, as reported by the Daily Record, is Arsenal midfielder Jon Toral. The creative midfielder is currently on loan from the London club at Granada in Spain, but he has only featured five times this season and, with the club deep in a relegation battle, he is apparently keen on ending that move sooner rather than later — and Rangers want to take advantage of that. 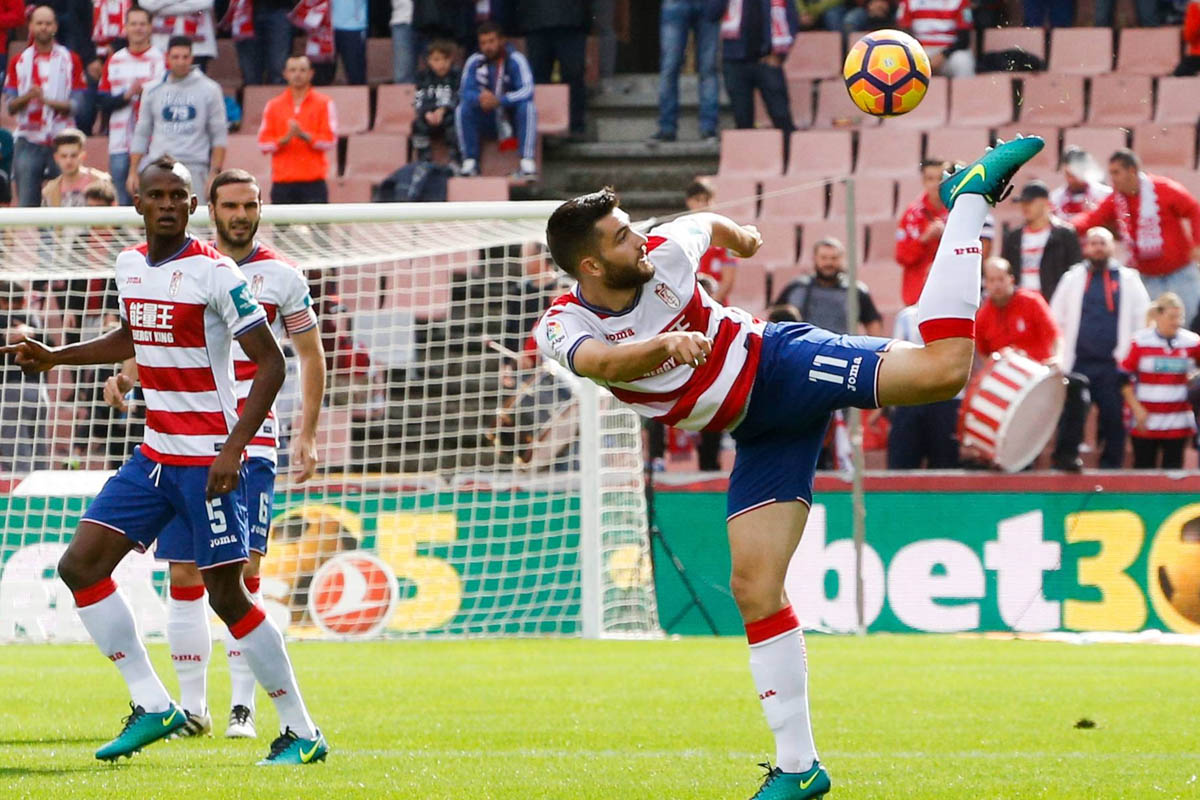 The 21-year-old, former Spain under-17 international also enjoyed a loan spell at Birmingham City last season, and was even named the club’s Player of the Year, by both the fans and his team-mates.

He has failed to register a goal or an assist in any of his four starts for the Spanish side, but for the Blues he found the net eight times and created three in the Championship.

The English manager knows Toral well from his time in charge of Brentford. In fact, it was Warburton that handed him his first senior start. He would come off the bench in injury time, and pick up an assist during the 2-0 away win over Rotherham.

“He’s had a fantastic footballing education,” Warburton told the press in 2015 after Toral inspired their 4-0 win against Blackpool.

“He continued that at Arsenal. He’s come from a great crop of players. He is a tremendous talent. He is young and hungry and wants to play at the highest level possible. He’s very talented. I’m delighted to have him around.”

After another assist against Bolton, he fought his way into the starting line-up and played 34 league games during the 2014/15 season. He built on that experience at St. Andrews and was a regular starter for the Midlands club. 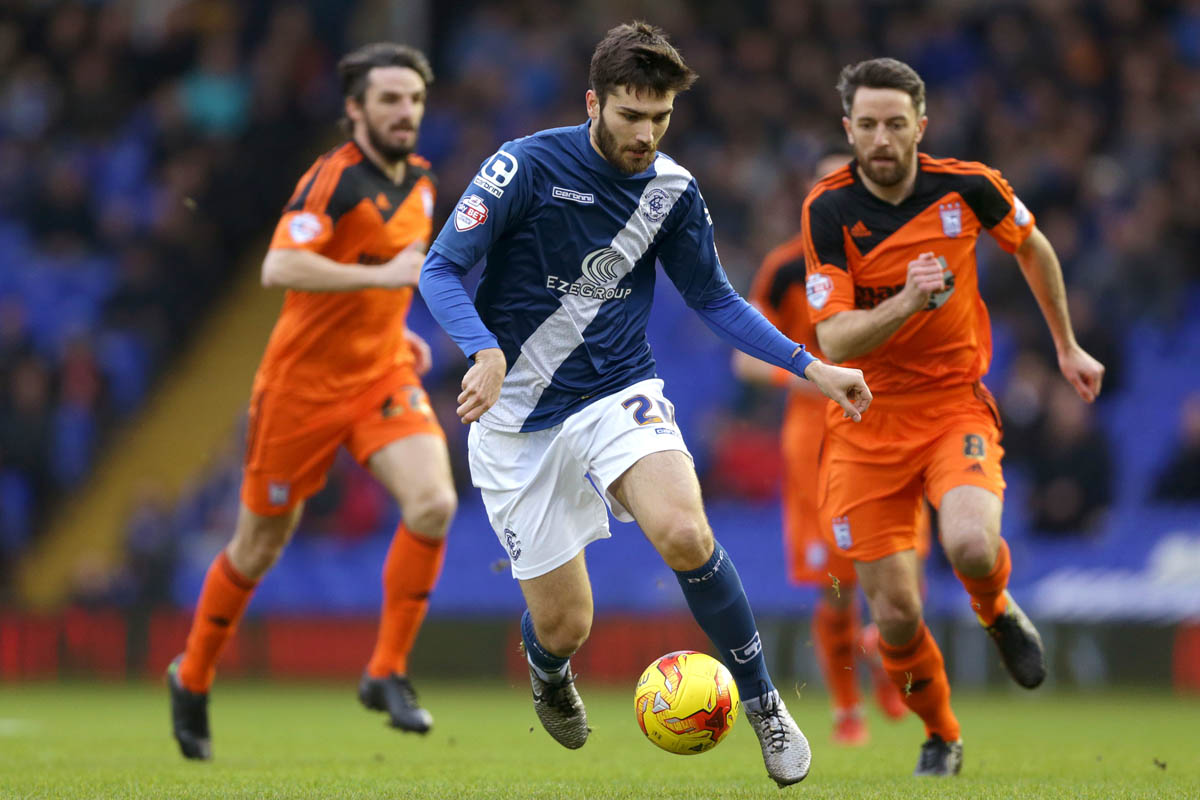 That obviously didn’t go unnoticed for Warburton, and the Rangers boss hopes to use his relationship with Arsenal, plus knowledge of the player, to secure a January deal.

Warburton recently went on a trip to Spain to speak to the player face-to-face and, as the Record reported, former Rangers, Arsenal and Manchester City midfielder Mikel Arteta was recruited to try and convince the youngster that Rangers would be a good fit.

Toral came through the FC Barcelona youth set-up, just like Arteta, at the same time as Hector Bellerin, but they both left for Arsenal in 2011. As the right-back has gained a reputation as one of the best full-backs in Europe, his midfielder friend has continued to ply his trade away from the Emirates.

After just five appearances this season for Granada, the 21-year-old has apparently been strongly advised by Arteta to take up Warburton’s offer of a new start in a new country.

Rangers played 3-5-2 against Celtic, but usually go 4-3-3. Toral could easily feature just behind the centre-forward or on the wing. He is very left-footed, but finds a way to feature on both the left or the right.

What Toral brings is creativity and a spark of imagination. Either he can take a touch and fire off an unstoppable shot — like he did against Osasuna — or he will slip a pass, threading the ball through to an advancing team-mate. He has the vision to make something out of nothing and that bit of guile would be ideal for Warburton’s side.

Not your typical Spaniard

Toral is not your normal Spanish playmaker.

He’s not in the Andres Iniesta or Xavi mould, and is bigger, stronger and has more of a bullish style. He improvises well and likes to play neat flicks or one-touch passes. He is the sort of player that thinks fast and makes a move before the defence can get settled.

Playing against Bolton in the Championship, Toral is attacking the back four. He has Clayton Donaldson to his left. The graphic below shows the normal passing options would be in between the centre-back, or simply into the striker’s feet. 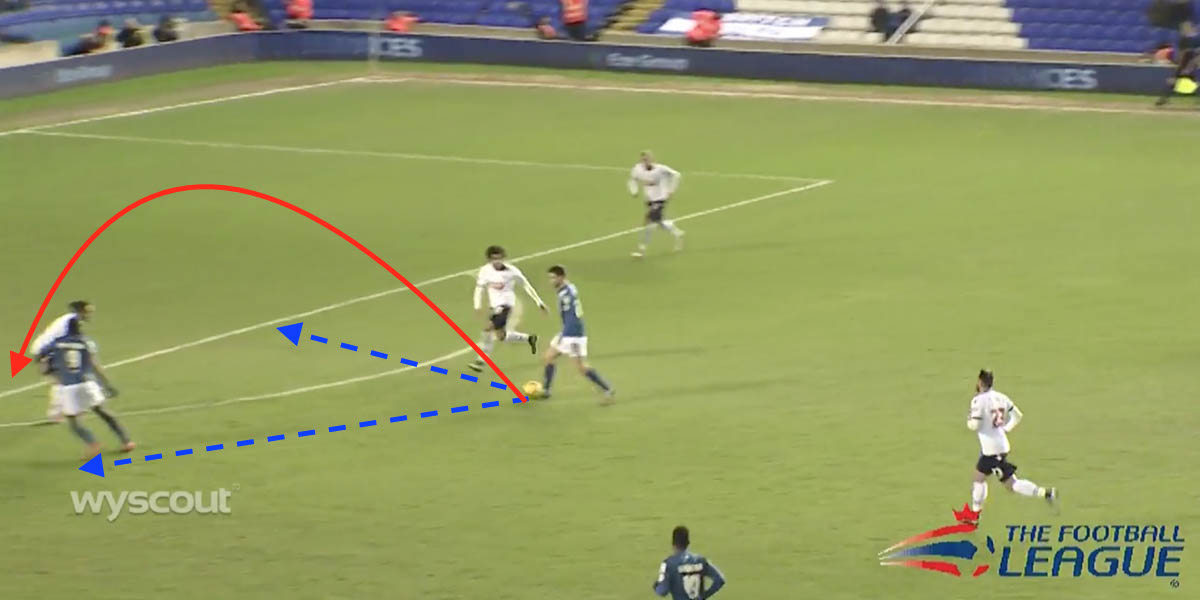 With limited space to weight a killer pass successfully, Toral unexpectedly lifts the ball over the top of the defence and creates the chance for Donaldson. Birmingham don’t score, but it highlighted his ability.

The 21-year-old can use his size to get on the end of crosses and become a threat with his late runs into the box. Plus, he has that confidence to unleash some ambitious attempts from distance. He tried that against Ipswich Town after Donaldson had won the knockdown and Toral fired a rasping effort into the top corner.

Warburton and Arsenal had a working relationship when he was at Brentford, and he’s looked to continue that at Ibrox. Gedion Zelalem played 28 times on loan at Rangers last season and, thanks to his eight assists and performances for the Under-21s, the 19-year-old has now been linked with a move to Borussia Dortmund.

A loan move to Scotland helped his career, and even though Arsenal may not be able to use that ability in their team, it doesn’t mean they won’t see the benefits of having Toral playing in the Scottish Premiership.

Just like Zelalem, Toral’s contract is up in the summer. The Spanish midfielder can now talk to clubs about a permanent move away from the Emirates. There is still a chance that he could sign a new deal, and if Wenger finds him more first-team football that could sway him.

Rangers fans are hoping that they can find a way to close the gap with their bitter rivals across the city. Toral has the class in his boots to make a massive difference, plus the skill to get the Ibrox faithful on their feet.