The Glasgow derby used to be a titanic battle. It wasn’t just about bragging rights and three points on the day, more often than not it played a part in which team would go on to lift the title at the end of the season.

Now though it’s more David vs Goliath than a Foreman vs Ali ‘Rumble in the Jungle' fight. Celtic are in a league of their own in the Scottish Premiership and Rangers are still playing catch up.

However, if the Gers manage to pick up their first league victory over the Bhoys since 2012, and hand Brendan Rodgers his first loss as Celtic manager in the league, it might be an indication that Pedro Caixinha is slowly but surely restoring Rangers to the level they need to be at.

A win for the blue half of Glasgow would put them just two points behind their neighbours and level on points with second placed Aberdeen. Granted It's still early in the season, but the chance is there to lay down a marker.

Caixinha, though, will have to be clever in the way he sets his side up. They can't be as open as they've been against other teams this season. In the ten matches they've played they've kept clean sheets in just three. Fortunately for them their forward line has been delivering. The opposition have shut them out just twice.

They haven't come up against a side like Celtic, though. Banking on outscoring Rodgers' team is naive to say the least. A team that has 16 goals in six Scottish Premiership games will be even stronger now that Moussa Dembélé is back playing.

The Frenchman has been involved in seven goals in just five matches against Rangers.

Former Rangers legend John Brown believes it would be negligent on Caixinha's part to attempt to go toe to toe with Celtic, and that the Rangers boss should look to replicate how Graeme Murty set the Gers up during the 1-1 draw last season.

“Pedro didn’t use the same tactics in the following league game but hopefully he has learned from what happened at the end of last season and puts it to good use. If Rangers try to go toe to toe with Celtic there will only be one winner.

“You have to be cute with your tactics and how you set up. If you want to try to play free-flowing football, Celtic will beat you.”

He's right, of course. Rangers will have to look to target Celtic's weaknesses. Likewise, though, Celtic will won't just want to impose their style on Rangers, they'll want to exploit their frailties.

What can Rangers target?

Gordon is a fine goalkeeper who has done superbly to get his career back on track after injury problems. Having said that though, he is prone to lapses in concentration from time to time and this season he's conceding goals he shouldn't be at his near post.

Both Astana and Hearts have scored goals like this over recent weeks. It's something the in form Alfredo Morelos may look to take advantage of. The Colombian forward has a tendency to take shots early and this can catch goalkeepers rather flat footed. He's not going to be shy at testing just how quick Gordon's reactions are.

This is a strange one because all of Rodgers' teams are all comfortable with the ball and look to play a possession based style. However, just because he wants his players to do it doesn't mean they're all comfortable doing so. Even the best can make mistakes when rushed.

And in matches against St Johnstone, Astana and the pre-season meeting with Lyon, the opposition have scored after a turnover of possession inside Celtic's half. They've been rushed into making a mistake and their opponents have capitalised. If Rangers are brave and do commit men forward when Celtic are looking to play out from the back they may get a number of chances.

Crosses into the penalty area

Finally, crosses into the penalty area. Morelos has already showed this season that he can free himself in the box with his intelligent movement – he's twice nodded home for Rangers.

The Bhoys conceded fairly straightforward goals against Astana. Balls chipped into the area were nodded home under very little pressure and if Morelos gets that sort of room then there's every chance he punishes the away side on Saturday. 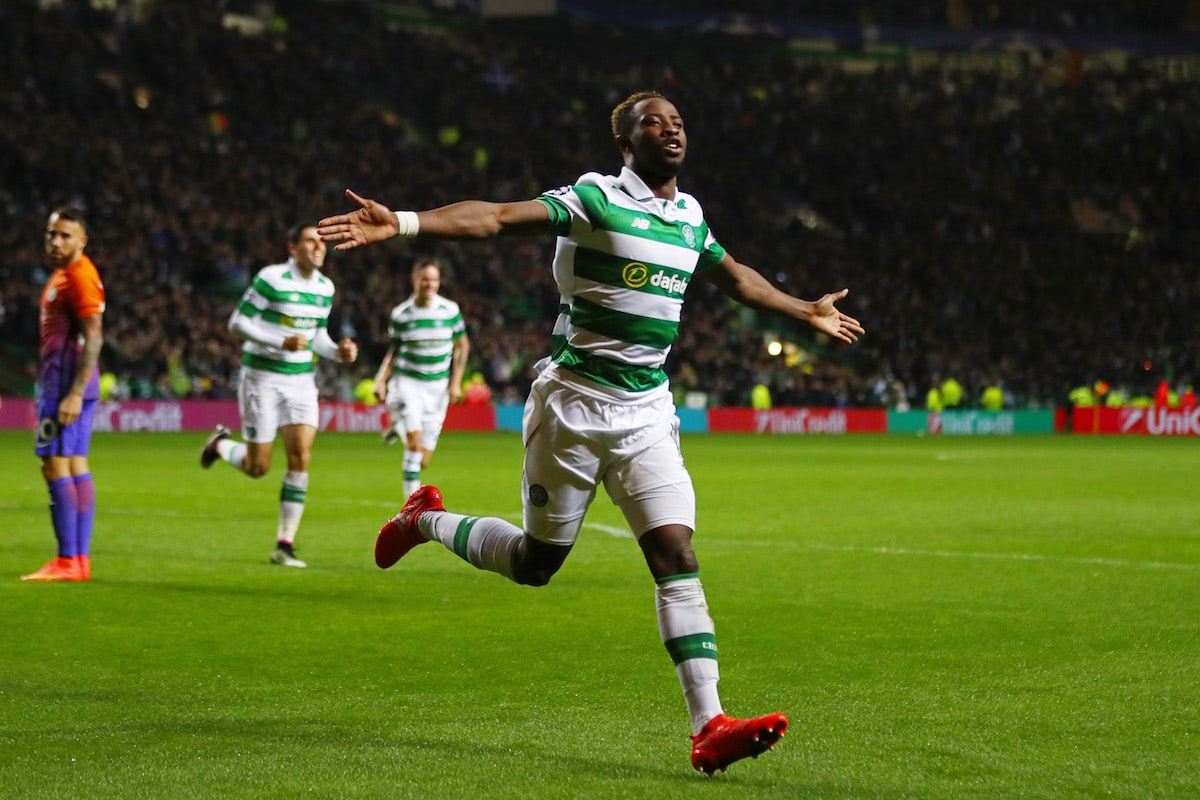 What can Celtic target?

It's perhaps the most basic of instructions and something you're taught as a kid but Rangers have been failing to track runners from deep this season. Partick Thistle and Dundee and Hibernian have all scored goals this season against Caixinha's men as a result of runners not being tracked.

Far too many players are caught ball watching and caught out of position. Celtic could have a lot of joy if the home side don't keep an eye on off-the-ball movement of some of their players.

Think of the damage Patrick Roberts, Stuart Armstrong and Scott Sinclair could all do if their runs aren't tracked.

So, Rangers may want to press Celtic after seeing other teams score goals after winning the ball back high in their half. However, the Rangers press isn't the most organised.

No doubt it's rehearsed in training and there will be pressing triggers in place, far too often this season it's been staggered and the not properly executed meaning teams are able to play through it with ease. Celtic could take advantage of this.

If the Gers commit men forward but fail to carry out a press properly it will take men out of the game and give the Celtic midfield and attack a lot of space to exploit. It's risky to invite teams on to press you but it might be Celtic's best way of opening up the middle third.