Leicester City have one foot in the next round of the Conference League after demolishing Randers 4-1 at the King Power Stadium last week. However, if the home side can strike early on Thursday it would put Leicester under some pressure and the Foxes haven't faired well this season when truly tested.

Just like in the st leg, we're expecting goals in Denmark this week. The pair produced 5-goals when they locked horns in England and we're only asking for over 2.5 on Thursday. Over 2.5 goals have been scored in three of Randers' last five outings in all competitions, while at least three goals have been scored in four of the Foxes' last five fixtures.

Both teams scored at the King Power Stadium and we expect Randers to take the game to Leicester knowing they need a whole host of goals to progress any further in the Conference League this season. Both teams have scored in four of Randers' and five of Leicester's last six outings, so you can see just why we're not expecting either side to keep their clean sheet intact on Thursday.

Randers vs Leicester: The very latest stats and markets

Leicester have one foot in the next round

Leicester were at their goalscoring best in last week's 1st leg against Randers, a tie the Premier League side were always expected to win comfortably. Ndidi opened the scoring in the 23rd-minute, a rare goal from the Nigerian, and early in the second half, Barnes got on the scoresheet. from this point on there was no looking back for the home side as Daka got in on the action to make it 3-1 and Dewsbury-Hall wrapped up the result in the 74th-minute making the final scoreline 4-1.

Randers went behind away at Leicester last week but responded well through a Hammershoy-Mistrati goal right on the stroke of halftime that silenced the home crowd. However, the hosts stepped it up a notch in the second forty-five and in fairness, Randers couldn't live with Leicester at their best, and the Danes conceded three goals and ended up losing the game 4-1 and are now on the brink of elimination from the Conference League.

Randers: Tibbling could miss the 2nd leg after picking up a knock at the weekend.

Leicester: Evans, Castagne, Vardy, Justin, Fofana and Bertrand are all unavailable due to injury, while Barnes is also doubtful.

FAQ for Randers vs Leicester 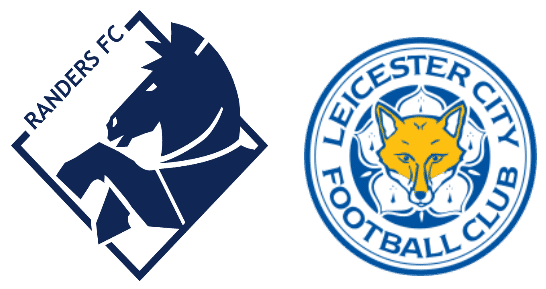