In recent years Chelsea have earned a reputation as one of the Premier League's shrewdest transfer market operators.

The Blues have traded players who have made little or no impact at Stamford Bridge for big profits. Now Everton transfer target Baba Rahman could be the latest.

The Ghanaian defender, 22, has been linked with a move to Goodison Park this summer to give Leighton Baines some competition at left-back.

Rahman joined the Blues from Augsburg in 2015 but made just 11 Premier League starts – only three of which were for José Mourinho – in his maiden season.

Last summer Rahman returned to the Bundesliga and joined Schalke on loan for the season. But an ACL injury cut that deal short in January and Rahman's future is up in the air once more.

With the Toffees mooted as a possible destination we've run the rule over the Chelsea defender.

When Rahman reported for pre-season ahead of the 2016/17 campaign he had a fresh start under Antonio Conte. But the Italian, who at that stage was preparing to continue with a four-man defence, felt Rahman was too attacking to play as a conventional full-back.

“Conte told me that he wants his team to be very defensive, but I am a rather offensive full back,” Rahman told German newspaper Ruhr Nachrichten at the time.

“So I would have had very little playing time. Conte advised me to leave on loan. We will see what happens after this season.”

Yet a season later Rahman's perceived flaw might prove to be just what Everton and, potentially, Chelsea need. Both teams have switched to play with wing-backs this season with Baines fulfilling the role for the Toffees and Marcos Alonso for the Blues.

Rahman is the epitome of a modern full-back in that he is a threat going forward and offers an attacking threat.

In his final season with Augsburg he completed the seventh-most dribbles per game (1.5) of any left-back in the Bundesliga, ranked ninth for key passes (0.8) and eighth for passes per game (40.4). He was the left-back with the third-most assists (3) as well. 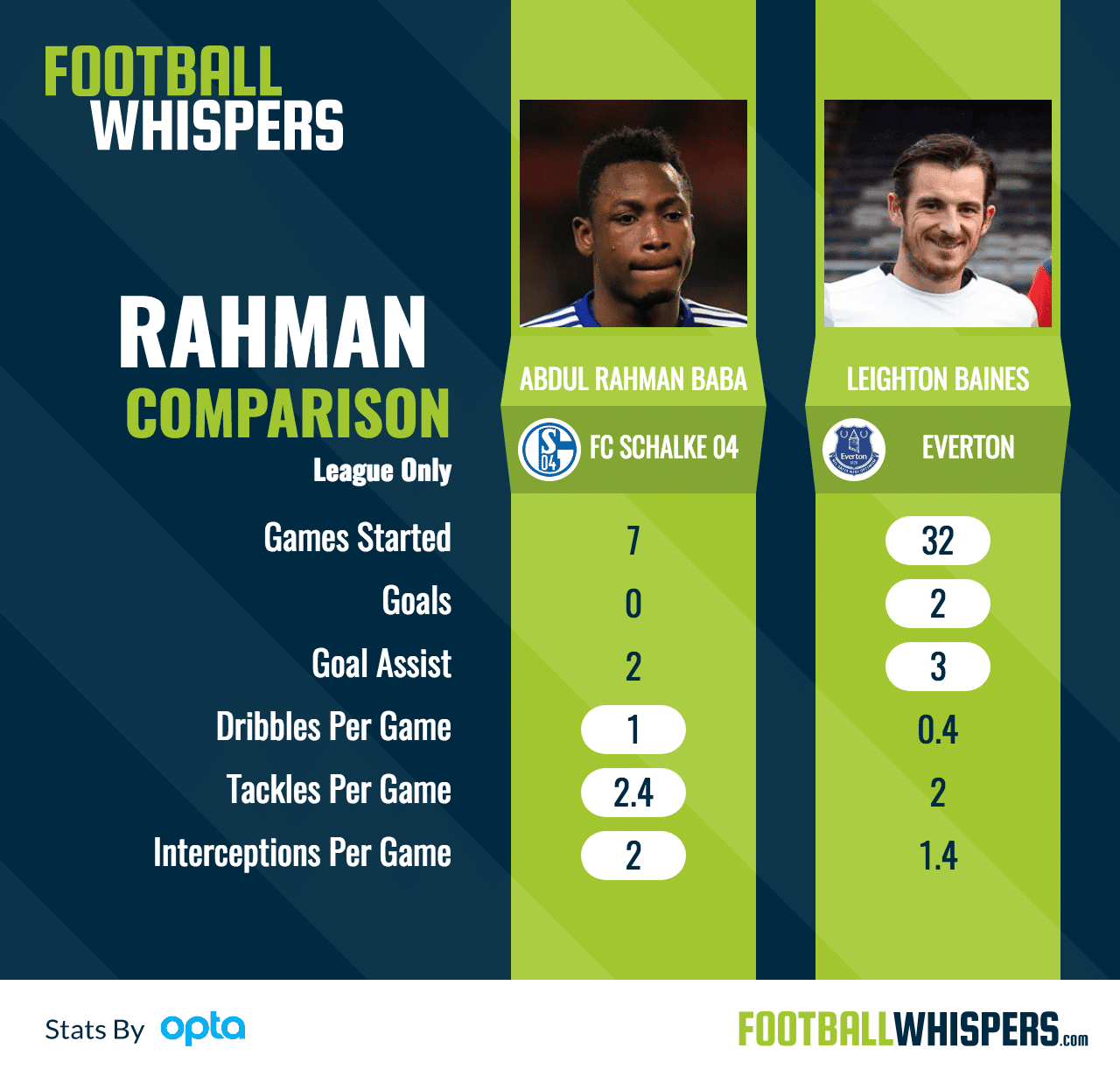 In any system with wing-backs there is more onus on the players on either flank getting forward and providing vertical thrust. Baines, at 32, is not the force he once was going forward and much of his offensive output comes from his precise dead-ball deliveries.

Rahman is quicker than Baines and more aggressive too, using his pace and athleticism to drive forward into crossing positions. Both players are good crossers of the ball and that is imperative with someone like Chelsea transfer target Romleu Lukaku leading the line – assuming he does not move to Stamford Bridge next summer.

As Rahman is happy to amid, he is an attack-minded defender. That is not such a problem when you expect to play on the front foot and enjoy more possession than your opponents. But at a club like Everton that is not always the case and it can leave those behind him exposed.

Rahman is a good tackler but his positioning and decision-making are two areas of his game which need improvement – especially if he winds up back at Chelsea where Alonso has thrived in the role this season.

In the still below, taken from Schalke's game at Hamburg, Rahman (circled in yellow) is caught high up the field out of position. 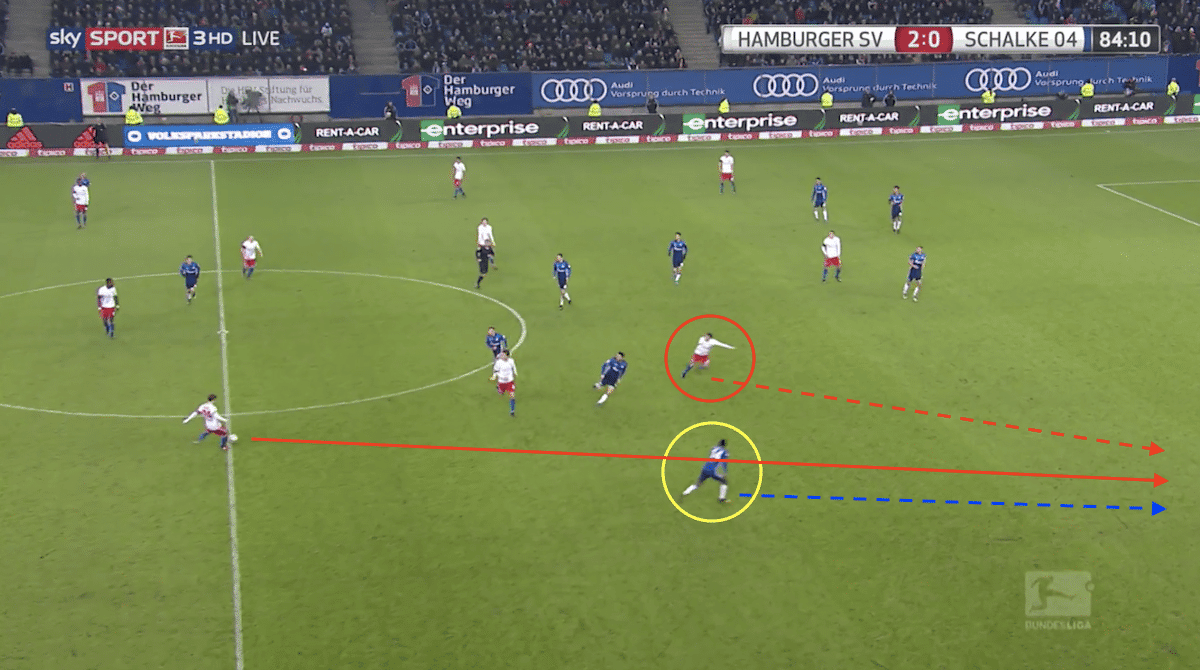 The ball is played in behind him with the Hamburg attacker (circled in red) looking to exploit the space Rahman has left. Fortunately, the Chelsea loanee's pace gets him out of trouble.

Against Bayer Leverkusen, and with his side already a man down, Rahman is not quick enough to get back from a Schalke attack. 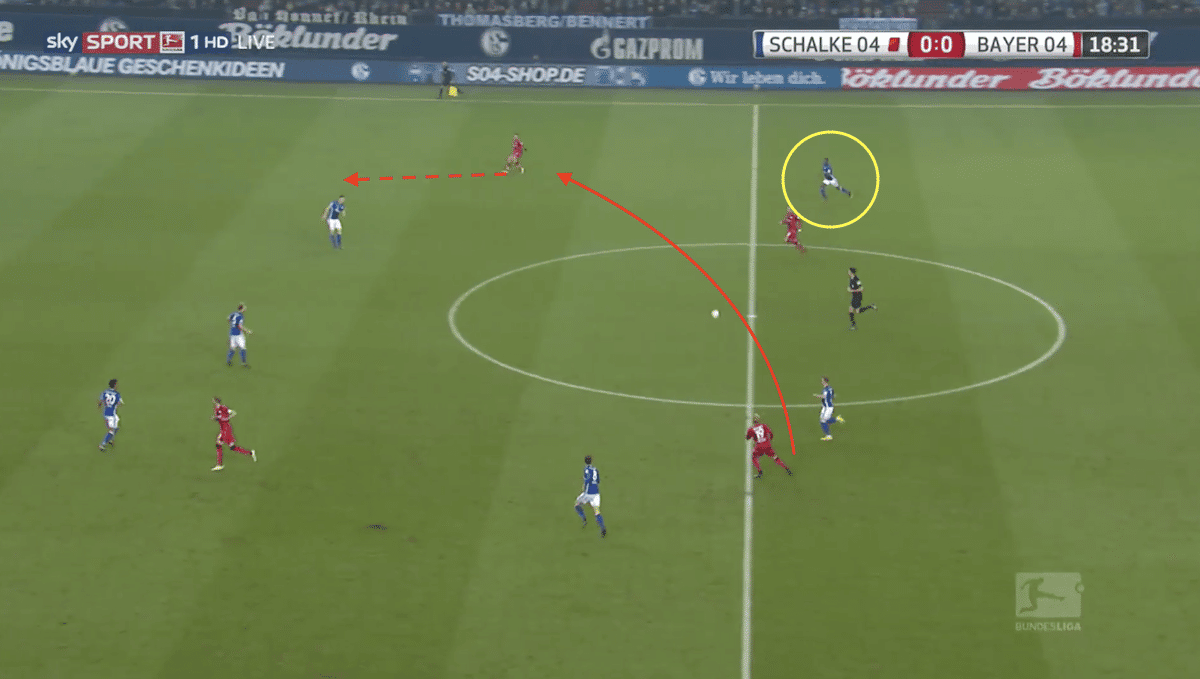 On this occasion Bayer's Julian Brandt spreads the ball out to the opposite flank where Rahman is at least 20 yards too high. He gets a slice of fortune as the ball is behind its intended recipient, allowing Rahman to fall back into position. A let-off. 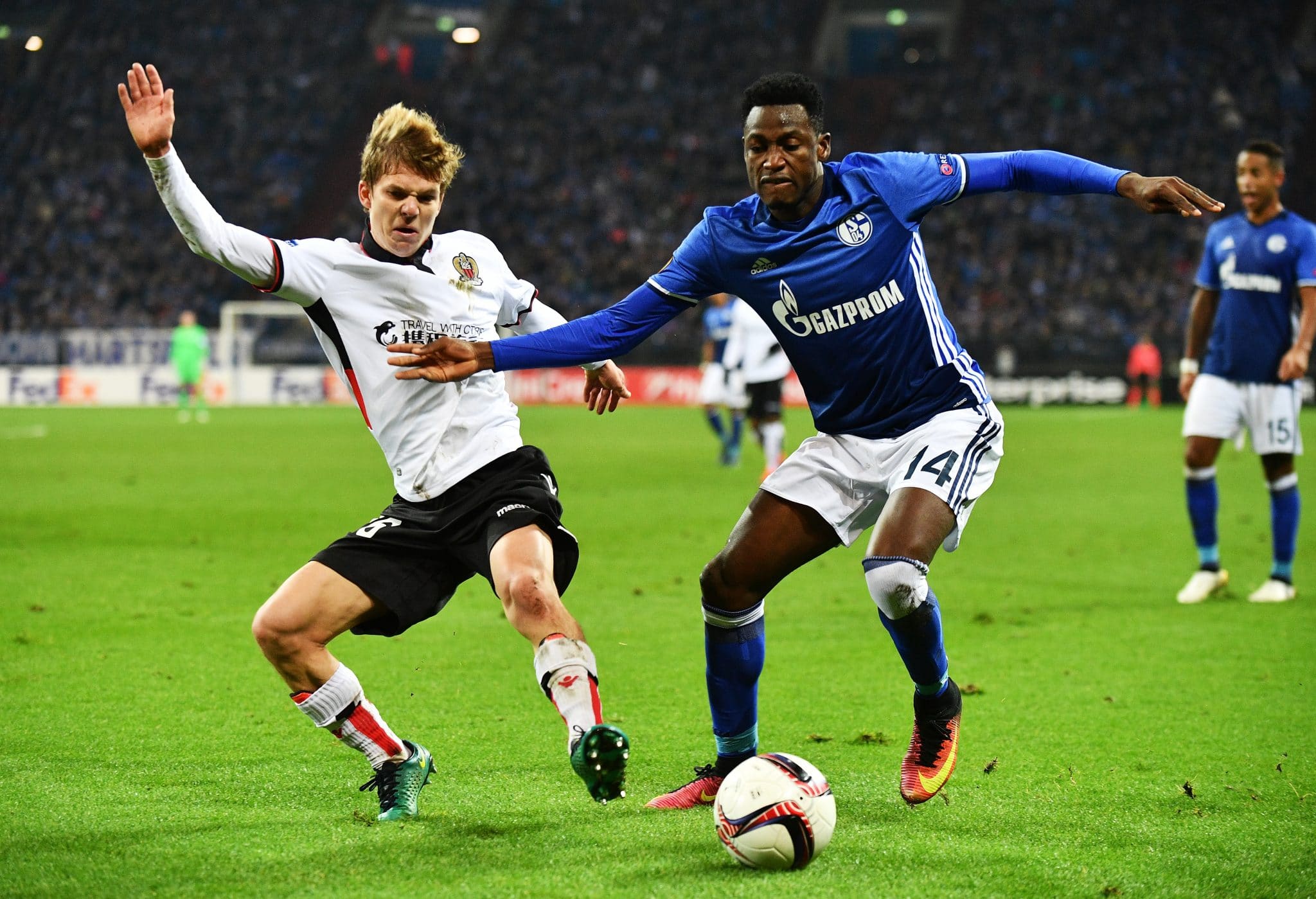 Rahman would be a good addition for the Toffees but any deal is likely to be complicated.

The Ghanaian is expected to report back to Cobham this summer and will attempt to prove his worth to Conte. The Italian's 3-4-3 system has been a roaring success at Stamford Bridge and cover for Alonso is required. When the Spaniard has been unavailable Conte has had to shift César Azpilicueta or Victor Moses from their favoured roles to deputise.

However, Chelsea have a ready-made understudy for the impressive Alonso in Rahman who will return from his ACL injury in time to start pre-season with the west Londoners.

Complicating the issue further is the notion Rahman could find himself playing the role of bait in a deal for Lukaku.

The Belgian hitman is reportedly keen on a return to Chelsea, the club he joined Everton from in 2014 for a club record £28million. With super agent Mino Raiola in his corner the Toffees will be powerless to prevent the 24-year-old leaving Goodison and all signs point to a big-money move this summer.

Chelsea are far more considered in the transfer market these days. They will not pay more for Lukaku than they believe he is worth and, if Rahman is not in Conte's plans, he could be a makeweight in any deal to re-sign Lukaku, helping lower the price.

That could dictate the likelihood of any deal and recent history suggests Chelsea usually win out in the transfer market.