One of the closest duels in the Top 16 of Copa Libertadores, especially after the first-leg draw, is the Racing Club vs Sao Paulo duel. With that in mind, we have prepared an in-depth preview of this game for you.

If you are unsure about the best bet for Racing Club vs Sao Paulo, check our favourite betting tips for this match:

Odds can change at any time, so  check them with your bookmaker before you place your bet. Our recommended bookmaker for this game is Ladbrokes.

Racing Club and Sao Paulo to Draw at Half Time

We don't have the courage to predict who will win this match, even though we are leaning toward Racing club since they've been the better team in the three previous duels against Sao Paulo this season. However, we do expect to see a very close match and we believe that both teams will enter into the game with a careful approach, which usually ends with teams being equal at half time. After all, that already happened in two of the three meetings between these teams this season.

All three meetings between Racing Club and Sao Paulo this season have gone under 2.5 total goals, so there's no reason to expect anything different. In fact, two of the three have even gone under 1.5 total goals, so it's clear that these two teams are accustomed to playing low-scoring games – especially against each other.

Our next prediction is also based on the recent h2h history between Racing Club and Sao Paulo, as well as their performances in the group stages of Copa Libertadores. First of all, both teams have scored in just one of the three matches these clubs have played against each other. Secondly, both teams have scored in just 17% of Sao Paulo games in their Copa Libertadores group, while the same is true for just 33% of Racing Club games in group stages.

The odds for Racing Club vs Sao Paulo will differ from one betting site to another, so check our compilation of odds from various bookies:

After dominating the group stages with four wins and two draws in a group in which their current opponent finished second, Racing Club did well in the first leg of the Top 16 stage against Sao Paulo after securing a draw. This is especially impressive given the fact that Racing was on a break for more than a month before that game. In the meantime, the Argentinian Primera Division began and Racing Club started the new season with a scoreless draw against Velez Sarsfield.

The Brazilian giants have been struggling this season, especially after the start of Serie A. In their domestic league, Sao Paulo is currently in the 14th place with just two wins from the first eleven matches. Of course, they did well in Copa Libertadores group stages to secure the Top 16 phase, but they did so as the second team in the group, behind their upcoming opponent. The result in the first leg also wasn't great for Sao Paulo and Racing Club has a better chance to progress with thanks to it.

The most common questions for Racing Club vs Sao Paulo 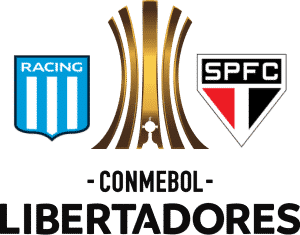