Frank McCourt, the new owner of Olympique de Marseille, was present on Sunday. Taking his place at the Nouveau Stade Velodrome, the US businessman and former LA Dodgers baseball side owner was in town to watch his newly acquired side take on Olympique Lyonnais in last Sunday night's (18 September) big Ligue 1 clash.

It may be neither OM or OL’s biggest clash of the season, but the Olympico has fast grown into one of the most anticipated fixtures on the French football calendar. Terrible scenes at the Velodrome last season – when the home fans burned effigies of former player, Mathieu Valbuena, before the game – meant Lyon fans weren't allowed into this game.

The ire of the locals towards Valbuena stems from last summer when, on swapping the South of France for Dinamo Moscow, the diminutive French international told the OM faithful that there was no other French club he could play for. Just one season later and he was lining up for OL against his old club. They were far from pleased to put it mildly.

Despite a crowd of around 32,482 somewhat rattling around in an impressively revamped 58,000-capacity stadium, those present stoked up a atmosphere greater than their numbers before kick-off. The home fans unveiled some impressive tifos and reserved further hot receptions for Nicolas N’Koulou and Jeremy Morel – both men having made the same switch as Valbuena (although they joined after letting their contracts run down).

Adding extra intrigue was the home support given to Bafetimbi Gomis and Henri Bedimo – both lining up for Marseille, but both former Lyon players. Meanwhile another, Clinton N'Jie, took a place on the home bench. 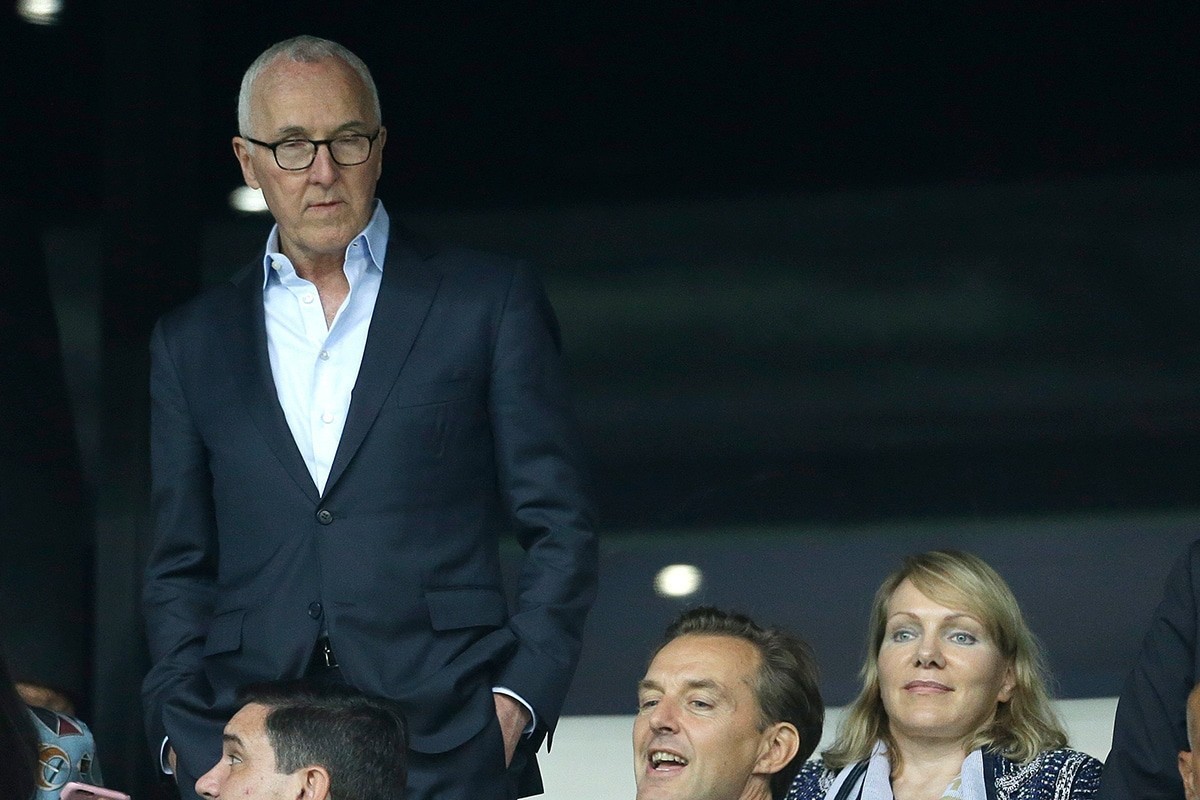 What new owner McCourt would have quickly realised up in the posh seats was that the XI players that took the pitch for his club on Sunday are a million miles away from competing for the top positions in Ligue 1.

OM were lucky the Bruno Genesio's visitors were missing both Alexandre Lacazette and Nabil Fekir through injury, while influential midfielder Maxime Gonalons was serving a suspension. Those key absences should have handed Les Phocéens a chance to beat their rivals, but they couldn't quite rise to the challenge as the sides played out a cat-and-mouse goalless draw.

Marseille coach Franck Passi does have some exciting, but nowhere near enough, talent at his disposal. Brazilian youngster Doria is the best player in the defence, while Yohann Pele is solid enough between the sticks. Offering balance to the team was the experienced Henri Bedimo at left-back, but with error-prone duo Hiroki Sakai also in the back four, danger was never far away.

Florian Thauvin, on loan from Newcastle United, has easily been Marseille's best player this season. Sought out by his team-mates as often as physically possible in this fixture, the attacking midfielder huffed and puffed for 72 minutes before being replaced by Tottenham loanee N’Jie, but couldn't get passed a well-organised OL back three.

Passi's game plan in a 4-2-3-1 formation involved long balls to Gomis, where the former Swansea City man would look to hold it up and find Thauvin coming in off the right with the flick on. When it didn't work, Bouna Sarr on the other side and William Vainqueur centrally offered little in the way of support of their striker.

You always got the feeling that Lyon, when they wanted to push forward, had the run of the midfield and found huge gaps between midfield duo Vainqueur and André Zambo Anguissa and the centre-backs. 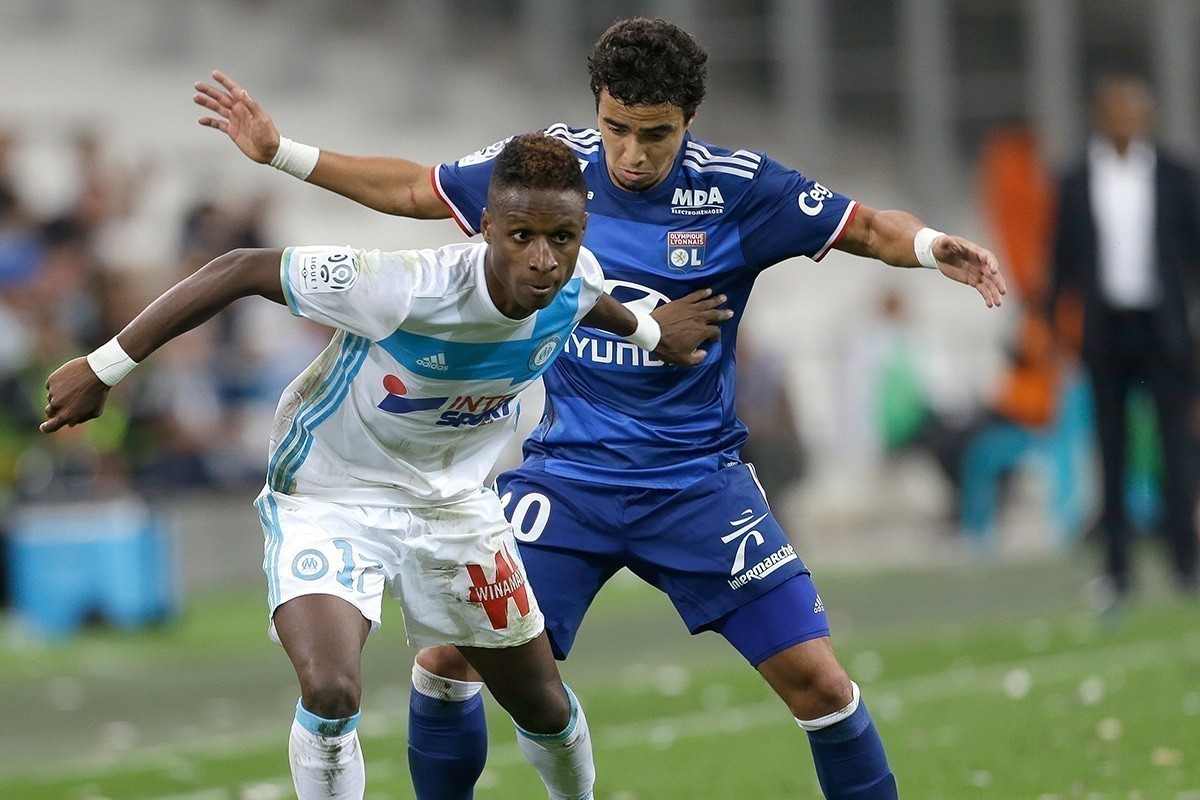 Lyon defender Sergi Darder looked to have forced the ball over the line but the goal-line technology didn't give the referee the call. Meanwhile, later in the second half, the excellent Corentin Tolisso headed a back post cross off the crossbar.

The game became more stretched as time ticked on, and as long as it was level OM had a chance to nick a later winner. Latching on to a loose ball in the Lyon penalty area in a flash and with just Anthony Lopes to beat, the former Lyon man N'Jie looked to fire a shot with the outside of his right foot, but could only skew his effort wide.

The onlooking McCourt and his consortium have a lot of work ahead of them. This team desperately needs a sprinkling of stars, and even basic-level Ligue 1 players that can compete in a high pressure environment.

Currently, with the likes of Thauvin. Gomis, N'Jie and Abou Diaby, it feels like a rag doll team of rejects, rather than a club to be feared. Very quickly, the days of developing stars like Michy Batshuayi, Giannelli Imbula, Andre Ayew and Dimitri Payet have gone. There is no one at the club you can see attracting scouts from across Europe.

Three days later away at Rennes on Wednesday night, Marseille were 2-1 up through a Gomis double, until Zinedine Machach picked up his second yellow card. The Breton side came back to win a crazy game 3-2 and pile on the misery – and leave OM languishing one place (17th) outside the relegation zone.

There is an early season six-pointer in Marseille tonight as the side one spot below them, 18th-placed Nantes, visit the Velodrome. With both sides on five points from their opening six Ligue 1 fixtures, the stakes are high even if it is only the end of September.

The city, club, fans and stadium has the potential to be a leading challenger in any league. Right now, however, they are as far away from success as Marseille's Vieux Port is from McCourt's other home in Los Angeles.