Rotherham have been a real surprise package so far this season. Will they keep up their unbeaten run here? Find out with our Queens Park Rangers vs Rotherham United match preview with free tips, predictions and odds mentioned along the way.

Rotherham to grab at least a draw

Queens Park Rangers and Rotherham United have faced off a handful of times recently, and those clashes usually feature goals at both ends; both teams found the back of the net in five of the last six encounters between these teams. It's been the same case with Rotherham United's recent matches; as both teams were on the score sheet in six of their last eight games. Also, Queens Park Rangers have not been able to keep the goals out; they have no clean sheets in their last eight games, with both teams scoring in three of their last four matches. On that note, both teams should score.

Rewind a week and QPR were indebted to their goalkeeper, Seny Dieng, who scored a late equaliser against Sunderland; given Rotherham won promotion from League One with the Black Cats last season, they might have seen that game and feel confident of getting a result; they are showing far better form than their hosts too.

Things have not gone too well for Queens Park Rangers this season; they've lost three of five matches played so far, with a win and a draw.  QPR will hope to get back to winning ways as they host Rotherham United; they'll fancy their chances of taking all three points from this match.

Rotherham United have enjoyed some fine form these past few months; they are unbeaten in their last 14 matches, a run that stretches back to their previous season. Rotherham United are now on a quest to extend their unbeaten run to 15 games; it'll be interesting to see how they'll match-up against this QPR side.

A quickfire FAQ on Queens Park Rangers vs Rotherham United 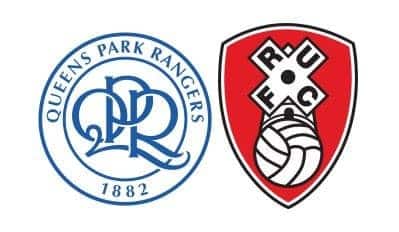