Queens Park Rangers needed a late goal from their goalkeeper to rescue a draw on Saturday; can they make life a little easier as they host Blackpool? Find out with our Queens Park Rangers vs Blackpool match preview with free tips, predictions and odds mentioned along the way.

Queens Park Rangers have had their fair share of struggles in recent weeks; they have one win in four games played so far this season, with a draw and two losses. Like QPR, Blackpool have won one of four games this season; however, it's important to point out that Blackpool have lost three games in a row, they did not score any goals in that three game stretch. Also, Queens Park Rangers have had Blackpool's number in previous encounters between these sides; they have just one loss in their last nine clashes with Blackpool. Considering QPR are playing at home, we should expect them to take all the points here.

We've mentioned that Blackpool blanked in all of their last three games; because of their lack of goals, most of Blackpool's recent games have been on the low-scoring side. In fact, Blackpool's last four games have seen exactly one goal scored per game on average; those games all went under the 2.5 goal margin, with three of them going under 1.5. we would also like to mention that four of the last five meetings between QPR and Blackpool saw less than three goals scored; that's why our final prediction for this match is under 2.5 total goals.

Two out of sorts sides do battle

It might be early in the season but there will be a little bit of anxiety creeping into the fan bases of these two sides with form a real concern. Of course, nobody is relegated in August but a slow start can cost sides their ambition of the top six. Can these sides kickstart their season here?

Queens Park Rangers have been going through a rough patch these past few weeks; they've lost three of their last five games, with one win in that stretch. QPR will welcome Blackpool to Loftus Road on Tuesday; they'll hope to improve their poor form with a win – and, hopefully, their keeper won't need to bail them out with a late goal this time either!

Things have not gone too well for Blackpool lately; they have lost three in a row, in all competitions. It's even worse considering Blackpool did not score a single goal in their last three games; will they be able to put an end to their losing run?

A quickfire FAQ on Queens Park Rangers vs Blackpool 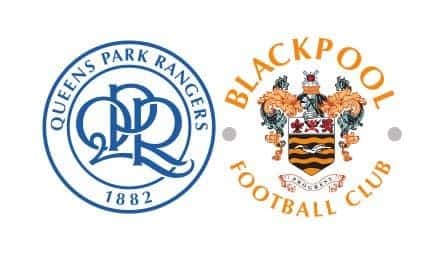