Wigan were taken apart in the week and now travel to face table topping QPR. Does another defeat await? Find out with our QPR vs Wigan match preview with free tips, predictions and odds mentioned along the way.

We're going to cut right to the chase here; we are backing QPR to win this match and can't quite believe how strong the odds on offer are. QPR are sat top of the Championship table having taken 12 points from the last 15 available to them. Wigan by contrast sit 17th having acquired just three points from their last 15 available. When you then factor in the head to head record, which shows QPR have won three of the last five meetings and the fact that, when at home, it's been 19 years since they lost to Wigan and the value on offer here is mindblowing. QPR to win; that's the tip.

We move from the QPR to win bet straight into a goalscorer tip and we're backing QPR man Lyndon Dykes to score anytime. Dykes has struggled for game time a fair but he's started each of the last three games and has delivered the goods in the shape of four goals. With a striker in form up against a backline that have just shipped four goals to Middlesbrough doesn't sound like a great combination from a Wigan perspective. QPR and Dykes won't mind though and any chances that fall his way are likely to be gobbled up given his form.

Here are the key stats & form guide for QPR vs Wigan

Can QPR stay on top?

QPR are storming at the moment but the same cannot be said for Wigan. Wigan had started the season really well but the wheels have started to come off recently and they find themselves second bottom of the five game form table. QPR meanwhile sit top of that mini table bringing a real contrast to this match. Regardless of those different fortunes of late though, there is lots to play for in this game with the three points on offer likely to be valuable to both teams come the end of the campaign – albeit perhaps for different reasons.

QPR might have Chris Willock out injured but they're hardly missing him owing to the way the rest of the team have stepped up. Of course, they'll be glad to have Willock back when the time comes. Until then though, the likes of our scorer tip Lyndon Dykes is doing enough to hold the fort.

What a frustrating time it has been for Wigan as their good start to the season has evaporated in front of their very eyes. They're not even likely to get a boost from the medical department either with Gwion Edwards the only player now ruled out. With that in mind, they need to find a spark to breathe some life back into them because, right now, things don't look great.

A quickfire FAQ on QPR vs Wigan 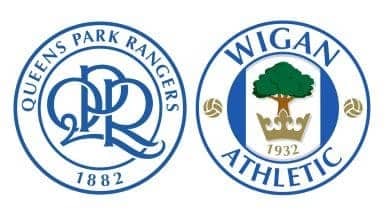