QPR vs Rotherham: Our betting tips

QPR and Rotherham are both aiming for promotion from the respective leagues so you wonder how seriously they'll take this clash. Will we see an upset or will the superior home quality shine through? Find out with our QPR vs Rotherham match preview with free tips, predictions and odds mentioned along the way.

Championship side to win

Both of these sides arrive in this game in decent enough form with QPR having won three of their past five and Rotherham four of their last five. We are backing the Championship side to win the game though with two key things driving that thought process. Firstly, they have home advantage and have beaten Rotherham in three of the last four meetings on their own patch. On top of that, we expect both sides to match minor changes to their lineups; QPR have better strength in depth. That's just a fact.

Despite backing QPR to win in our previous prediction, we don't think this will be a walk in the park for Mark Warburton's men and we fancy Rotherham to score in the game. They've scored in four of their last five games with both teams betting in three of those matches. QPR hold a similar record; they have also seen both teams score in three of their past five games. Furthermore, the last five head to head meetings have seen both teams bag goals. More of the same please!

Check out the key stats & form for QPR vs Rotherham

Promotion from their respective leagues is always going to be the main objective for these teams but that doesn't mean a cup run wouldn't be appreciated by the fans. For QPR, a potential fourth round tie against Premier League opposition is a yardstick to measure where they stand ahead of a playoff push across the next few months. For Rotherham, it would be a welcome addition to the club coffers.

QPR find themselves in a good position in the league but whilst they'll want to protect their key players in this game for that competition, they'll know too many changes will see them knocked out.

Rotherham aren't everyone's cup of tea but the way the play football is effective; it certainly works in League One with the Millers looking good value to bounce back to the second tier. Can they further prove their credentials here?

A brief FAQ ahead of QPR vs Rotherham 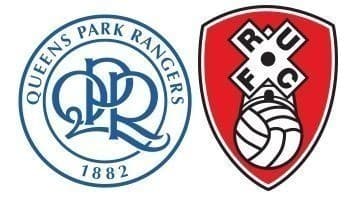