As league performances go neither QPR or Nottingham Forest will be very happy with the displays they turned in on Saturday. Who will bounce bank here? Find out with our QPR vs Nottingham Forest match preview with free tips, predictions and odds mentioned along the way.

Forest to bounce back from disappointing weekend

It's perhaps a bold prediction to back an away side at the Kiyan Prince Foundation Stadium but we're going for it regardless. It's not just plucked out of thin air though. Yes, both teams can point to good form prior to their weekend defeats with QPR having won three from four and Nottingham Forest being on a six game run without defeat but favour smiles on the visitors. Why? Well, A) their run of form is better than the hosts and b) they have a better head to head record having won three of the last five meetings.

Our next tip is in the total goals 2.5 goals market and we're backing over 2.5 goals. QPR have gone over 2.5 in three of their last five games averaging 3.2 goals per game in that period. That's a tad tame compared to the levels Nottingham Forest have posted in their past five outings; four of those five matches have gone over 2.5 goals with a total of 17 goals hitting the net; that's an average of 3.4 goals per match. The last meeting between the duo – in April – saw four goals.

Ilias Chair to find the net

We might not fancy QPR to win but that doesn't mean they'll be beaten easily though. With Ilias Chair they'll always have a chance. He has scored in his last two games and, further back, has netted in four of the last five matches. One of those games saw a brace too giving him an average of a goal every game. With form like that you can bet he'll be a threat to the Forest defence and if QPR find a way through its highly plausible Chair will be the man to mastermind it all.

Find the best odds for QPR vs Nottingham Forest

QPR have served up a real range of performances so far this season. In attack they are a real handful with our goal scorer tip Ilias Chair and Lyndon Dykes but defensively they're very suspect; that's backed up by the stats – they have the worst goals against record in the top half. Nottingham Forest haven't been inconsistent in the same way as QPR but they too are capable of looking like two different sides. One was poor and easy to play against (under Chris Hughton) and the other is a team that looks capable of beating anyone; Lewis Grabban will be key to those plans though.

FAQ on QPR vs Nottingham Forest 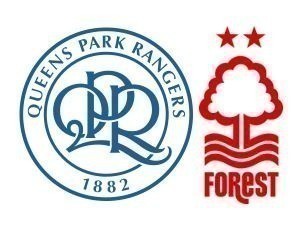