Rewind to before the international break and the theme for both these sides was one of inconsistency. If either correct that then a playoff spot is their to grab without question. Who will make the first step towards such a goal? Find out with our QPR vs Luton match preview with free tips, predictions and odds mentioned along the way.

QPR vs Luton: A trio of free tips

Our first prediction for this game is that QPR will win. Their form hasn't been particularly reliable but at home they're a decent outfit and find themselves unbeaten in six courtesy of three wins and three draws. Luton's away form is very much a mixed bag; their last five road games have served up five points, which isn't a great return from 15 available points. To make matters worse, Luton don't enjoy a good record away to QPR. They've lost on the last three visits there and haven't won there since before 1989 – our records for this fixture stop there!

A look at the recent form of QPR and Luton will tell you that's goals aren't exactly pouring down for either side. The last four QPR games have ended under the 2.5 cut off with a game average of just 1.25 goals. Luton have seen a few more goals in their recent games but not by a great shake; it's still three of their last five coming up short of the all important threshold with their goal average of 2.4 still the right side of 2.5 for this bet. Two of the last three head to heads have seen fewer than three goals too.

Find the best odds for QPR vs Luton

Given the predictions we've made about this game it's perhaps ironic to highlight the fact both have goal scorers in their ranks but, quite simply, it cannot be ignored. QPR boast Lyndon Dykes and Ilias Chair whilst Luton have Elijah Adebayo and Harry Cornick. Those respective duos will have a big say on how the game goes but with the likes of Robert Dickie (QPR) and Sonny Bradley (Luton) at the back they won't have it all their own way.

FAQ on QPR vs Luton 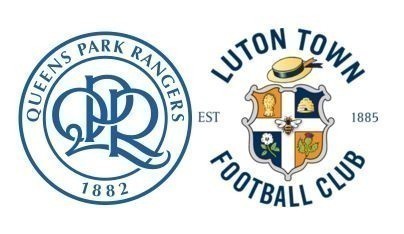