This games pits two playoff hopefuls against one another with QPR currently holding on to sixth spot ahead of their visitors courtesy of a one point advantage. Who will be higher in the standings come full time? Find out with our QPR vs Huddersfield match preview with free tips, predictions and odds mentioned along the way.

QPR vs Huddersfield: Our top tips

QPR to extend grip on sixth

In recent years Huddersfield have had somewhat of a hold over QPR winning five of the last seven meetings and drawing the other two. We are backing that run of results to end here though; after all, bogey runs can't last forever. QPR come into this match on the back of a four game unbeaten run where they've won two and drawn too with each of those games far from ‘easy'. Huddersfield arrive here in decent form too having beaten West Brom at the weekend but QPR QPR at home and, more importantly, Huddersfield are away; the Terriers have not won in five away games and have lost three of them.

The goals won't be flying in

There is very little you'll find in statistical terms to argue that an under 2.5 total goals bet is not the way to go. QPR have gone under 2.5 goals in each of their last five games with their average goals per game in that period sitting at a lowly 1.6. Huddersfield have seen three of their last four end south of the 2.5 cut off as well with their average sitting at 1.8. Finally, we can look to the head to head record held by these sides; the last four meetings have all been under 2.5 goals with seven of the last 10 meetings ending that way as well.

QPR have got a couple of goal scorers on their books but one who has struggled to deliver the goods this season is veteran striker Charlie Austin. To be fair, Austin has struggled for consistent game time. In the weekend just gone, Austin was given a decent crack of the whip and repaid his gaffer with a goal. If that earns him a start in this game then it is highly plausible he nets himself another goal because in pure quality terms there are very few better than him in the Championship.

Find the best odds for QPR vs Huddersfield

QPR came into the season with their eyes on a top six spot and they currently sit in the final playoff point narrowly ahead of their visitors. A big part of their success this season has been down to the fact they've got multiple players capable of winning games for them. We've mentioned Charlie Austin in our tips whilst Lyndon Dykes and Ilias Chair both bring a big threat too. Huddersfield, who also hold aspirations of getting back to the Premier League, are in the mix courtesy of different reasons; they don't score nearly as many goals as QPR but defensively they're very strong with Matty Pearson, Tom Lees and Naby Sarr all playing their part to keep things tight.

FAQ on QPR vs Huddersfield 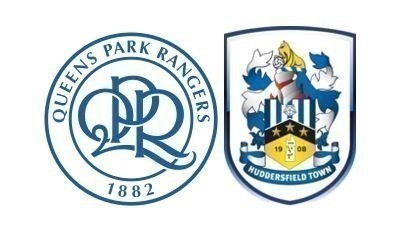