Fulham are closing in on the Championship title but an away trip to QPR won't be an easy game. Can the Cottagers move another step closer to getting their hands on the crown? Find out with our QPR vs Fulham match preview with free tips, predictions and odds mentioned along the way.

There is a reason that Fulham are top of the league; they are by far the best team in the league. It is for that reason that we can't see past a Fulham win here. Well, that's one of the reasons anyway. The other reasons can be found in the form book and the head to head record. So, let's start with the form. QPR have lost four of their last five matches. Fulham meanwhile have lost just one of their last five whilst winning three. Then we have the head to head history; across the last five meetings Fulham have won three with two ending level. QPR haven't beaten Fulham since 2016.

We might have Fulham down to win this match but we do fancy QPR to bag at least a goal. QPR have scored in each of their last four matches whilst Fulham have bagged goals in four of their last five matches. With the head to head record, just one of the last five meetings have seen a clean sheet. Included in that h2h run is their meeting from earlier this season that ended 4-1 to Fulham.

Here are the key stats & form guide for QPR vs Fulham

QPR vs Fulham: Let's look at the predicted lineups

Fulham might be looking good for promotion and the league title but QPR are facing a big battle to make the top six; it didn't look like that for them a couple of months ago. If they can grab a win here it would be huge for them.

QPR had been tipped to challenge for the automatic promotion spots earlier in the season but they've seen their form dive considerably in recent weeks. Now, they are sat outside of the top six and face a fight to make the cut. Winning against Fulham would be a real statement though and could trigger the momentum they need to get over the line.

Fulham are strolling towards the Championship title at the moment and barring a massive collapse between now and game 46, they will get their hands on the trophy soon enough. They'll want to get promotion and the title sewn up as soon as possible though so will expect to win this match.

A quickfire FAQ on QPR vs Fulham 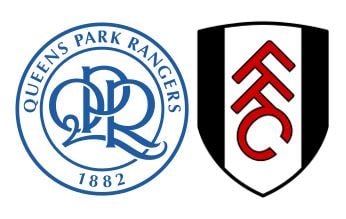