QPR go up against Bristol City at home looking to bounce back quickly from the defeat against Bournemouth in the midweek action.

QPR suffered a 2-1 loss against Bournemouth at the Vitality Stadium. This was the first defeat of the season for the West Londoners. Bristol made it three successive matches without a defeat in the 2021-22 Championship season following a 1-1 with Luton Town, but Bristol could have picked up three points if not for the injury time equaliser.

Bristol have drawn the last two matches in the Championship. After picking up back-to-back away wins over QPR, there could be some scope for retaliation from the West Londoners. However, QPR have been looking good only in patches over the last few games. Unsurprisingly, the team has picked up just one win in the last four games – two of them finishing as draws.

The games involving QPR have been flowing with a lot of goals. Apart from the home win over Coventry, the last five games for Mark Warburton’s men have produced more than 2.5 goals with some even ending up with over 5.5 goals. Bristol have enough potential to score goals even if they have not scored more than 1.5 goals in three out of the last four games.

Bristol have been unable to score in two of the last four games, but they do have a decent record at Loftus Road with a goal in the last five visits. QPR’s defensive record is in disarray even if the team is closer to the top six places.

Top Odds, Figures, and Stats for QPR vs Bristol

QPR vs Bristol: Can Bristol continue their excellent away run against QPR?

QPR are unbeaten at home so far this season. However, the lack of defensive solidarity will continue to remain a headache for QPR manager Mark Warburton coming into the game. QPR do not have any major injury problems apart from the absence of Sam Field due to a knee injury.

Bristol manager Nigel Pearson has seen his team come up with some brilliant performances in away matches, but a lack of home wins has kept the team in the mid-table of this early part of the campaign. Bristol have also suffered from a dip in form with one win in the last four, but there are no injury worries for the manager. 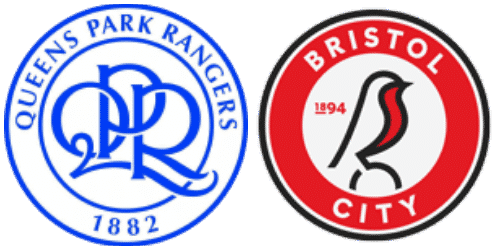 Where is the match scheduled? Kiyan Prince Foundation Stadium

Which team is the favourite to win? QPR