QPR vs Blackpool: Check out our betting tips

QPR remain on course for a playoff finish despite showing poor form in recent weeks. Can they get back to winning ways as they host Blackpool? Find out with our QPR vs Blackpool match preview with free tips, predictions and odds mentioned along the way.

Blackpool will not lose

QPR are without a win in their last five games, and they've lost three of those five games; they've scored just once in their last three games, and they failed to score in three of their last five games. Blackpool have been relatively better than QPR recently; they've lost just once in their last seven league games, with three wins and three draws. It's worth noting that meetings between these sides have mostly ended in stalemates; the spoils were shared in five of their last eight clashes. Additionally, Blackpool have drawn seven of their 15 road games this season, so this game will likely end in a draw; however, considering the odds, we would also like to cover Blackpool to win.

Here are the key stats & form guide for QPR vs Blackpool

QPR are sat in fourth place right now but they need to buck their ideas up with plenty of teams hunting down a top six finish. Across the last five, QPR are down in 17th. The good news for the R's is that Blackpool have only taken one extra point in that time as well.

Things have not gone too well for QPR this month; they've played five games in February, and they have no wins in those games, with two draws and three losses. QPR will welcome Blackpool to the Kiyan Prince Foundation Stadium on Wednesday; they'll hope to put an end to their poor string of results.

Blackpool's winless run extended to three games after their draw at Cardiff last weekend; they actually had a shot at one of the promotion playoff spots a couple of weeks ago, but it doesn't seem so now. Neil Critchley's men will hope to get back to winning ways as they take on a struggling QPR side. 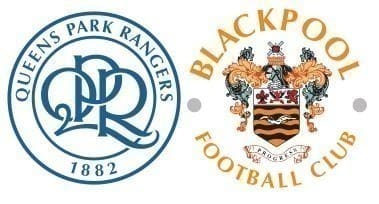