QPR were taken apart on Friday evening as fellow London club Fulham stuck four past them. Can they tighten up at the back to get a result here? Find out with our QPR vs Blackburn match preview with free tips, predictions and odds mentioned along the way.

QPR vs Blackburn: Our Tips

QPR to bounce back

QPR have lost two of their last four games but, for this game, forget about it because their home form is fantastic; they've lost just one of their last 10. They're also up against a Blackburn side that are pretty ropey on the road too. Blackburn have lost their last two away games and haven't won in four. On top of those contrasting fortunes, QPR have won the last two meetings between the sides that have taken place on their patch.

We ordinarily focus on the over 2.5 market but for this game we're cranking it up a notch to over 3.5. In a league table for total goals, these two sides sit first and third respectively, which gives the bet some real value. Across the last five games QPR have exceeded 3.5 goals three times with a game average of 3.8. Blackburn have also passed the 3.5 threshold three times in their last five. Their game average in that period was 3.6.

We've already said we think there will be an abundance of goals in this game and now we make the prediction that both teams will contribute. Only Fulham have scored more goals than these two teams. They've both shipped a fair few goals too though. With regards to recent form, QPR have seen both teams score in four of their last five games. Blackburn's last five have served up the same with four of the last five seeing both teams net; those four have come in the last four outings.

Find the best odds for QPR vs Blackburn

QPR vs Blackburn: Meet the teams

QPR have playoff aspirations this season and whilst they're only a couple of points off the top six they have lost whenever they've faced a team you'd fancy to be up there come the end of the season. Their showing against Fulham was a particular worry as it takes their goals against column to be the second worst in the league. Lee Wallace being injured doesn't help on that front but Sam McCallum did get an hour of action under his belt last time out. It should help. Blackburn hold similar targets to QPR this season but they're now three games without a win after blowing a two goal lead against Coventry on Saturday. In Sam Gallagher, who scored and assisted at the weekend, and Ben Brereton Diaz they should ask plenty of questions of the QPR backline.

FAQ on QPR vs Blackburn 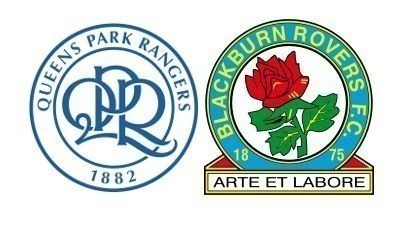