QPR have come flying out of the traps this season but have a poor record against Barnsley. Who will win? Find out with our QPR vs Barnsley match preview with free tips, predictions and odds mentioned along the way.

QPR vs Barnsley: Our tips

Right, our first tip backs QPR to win. If you look at the recent head to head games between the pair it's going against the grain with QPR losing each of the last four meetings. The hosts are in terrific form at the moment though; they're unbeaten in nine matches across all competitions with six wins including winning their last two. Barnsley meanwhile just aren't in great form; they've won just one of their last five and fell to defeat against Luton last time out.

We've already touched on the fact Barnsley aren't in great form and a big part of that is their lack of goals. They've blanked in three of their past five matches scoring a grand total of two goals in that time. QPR aren't exactly impenetrable at the back but did record a clean sheet against Hull last weekend. It's an area Mark Warburton will want to improve to aid his teams growth and Barnsley could be the perfect opponents to shutout.

Our final prediction is for Lyndon Dykes to score. He's a man in good form at the moment having scored in back to back games and with the way QPR are playing at the moment he'll have a few chances come his way. It's not just in his last couple of games where his goals have come from though; in all competitions Dykes has five goals in seven games. It means he'll be brimming with confidence.

The best betting odds for QPR vs Barnsley

QPR aren't the favourite for promotion but if they keep playing the way they are at the moment then it won't be long until they're being mentioned in that conversation. Chris Willock has been a sensation for them over the last couple of games whilst our anytime scorer pick, Dykes, is a real handful. Of course, Moses Odubajo will be missing after receiving a red card in midweek. For Barnsley, they started the season with four points from six but a loss against Luton and a League Cup exit might just have a few questioning where they'll end up this year.

Final thoughts on QPR vs Barnsley 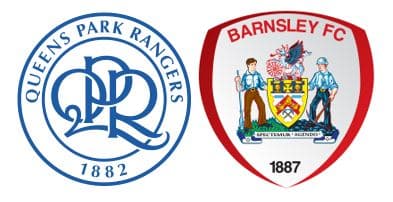