Qingdao once again displayed a lack of confidence going forward, as they slipped to a 2-0 defeat against Cangzhou Mighty Lions. Shenzhen were involved in a goalless draw with Henan Songshan Longmen and the game had very little goal action.

Shenzhen are unbeaten in five league encounters to keep themselves within touching distance of the top spot in group A. Even though the team were quite mediocre in the recent draw with Henan Songshan Longmen, the performances of Qingdao have not been impressive by any stretch. Qingdao have actually lost three consecutive matches since the break. Even in the last five head-to-head games between these two clubs, Shenzhen have come out on top in four matches.

The goalmouth action for Shenzhen in the recent game against Henan Songshan Longmen was particularly disappointing. Even though the team has scored over 1.5 goals in four out of the last five matches, the recent match does not give a great deal of confidence to back Shenzhen for goals in this match. Qingdao are yet to score since the break and they even missed a penalty against Cangzhou Mighty Lions.

Qingdao to score under 0.5 goals

Qingdao are clearly low on confidence when it comes to going forward and it will be difficult for the team to recover themselves against a team in the top three. Shenzhen managed to the first clean sheet in five matches.

Top Betting Odds and Stats for Qingdao vs Shenzhen

Qingdao are not too far away from the bottom and the manner in which the team has played since the break will not give a huge amount of confidence to manager Jingui Wu. The team has looked quite dismal going forward for several weeks and they have managed a return of just one goal from the last seven league encounters.

The draw with Henan Songshan Longmen is a major blow to Shenzhen’s hopes of going to the top of group A, as they have now fallen three points behind the Shandong Taishan. After having dominated recent matches with the offensive performances, Shenzhen were almost absent from the final third action in the game against Henan Songshan Longmen. 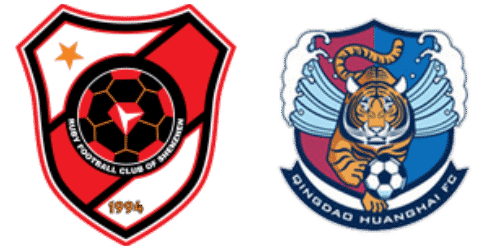