Both of these sides are flying high right now. Who will come out on top as they face one another? Find out with our Pyramids vs Future match preview with free tips, predictions and odds mentioned along the way.

Future have been the most in-form team in the Egyptian Premier League the past few weeks; they've won their last two, and five of their last six games. Ali Maher's men are fourth on the table, with 10 wins in 19 league games; they'll be going up against second-placed Pyramids. Although Pyramids are coming off a loss, that was their only loss in five games; they've been really solid defensively, allowing just one goal in their last four games. These are two really good teams, and we believe that the spoils will be shared at the end of this match.

To be fair, both teams have kept a lot of clean sheets recently; Pyramids conceded just once in their last four games, while Future kept five clean sheets in their last eight league games. However, it's important to note that these are some of the highest scoring teams in the league; only one team has scored more goals than Future this season, they bagged 18 goals in their last seven league games. In like manner, Pyramids have scored their fair share of goals; as they found the net six times in their last five games. On that note, we should expect goals at both ends.

Here are the key stats & form guide for Pyramids vs Future

Who will win this top four clash?

There are currently five points between these sides with Future trailing Pyramids. This game could prove to be a big one in the story of the season though because it could see Future close that gap to second placed Pyramids to two points; equally though, it could become eight and that's a large amount of ground to make up.

Pyramids have been one of the best teams in Egypt this season; they are second on the table, two points behind league leaders Zamalek, with 12 wins in 19 league games. It's worth noting that Pyramids are coming off a loss, and have no wins in their last two games; they'll hope to get back to winning ways as they host an in-form Future side.

Future are coming off back-to-back wins against Al Masry and Al Ittihad; they've been playing really well recently, having won five of their last six games. Future will take a trip to the 30 June Stadium on Thursday; they'll be eyeing their third win in a row.

A quickfire FAQ on Pyramids vs Future 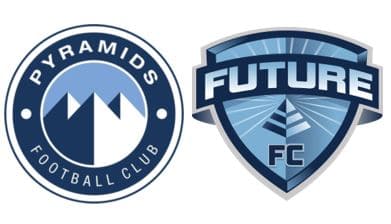