Pyramids host Al Ahly on Saturday 16th July for a duel in the Egypt Premier League, Round 25. The hosts are 2nd in the league while Al Ahly follows behind in 3rd place. It means this will be a battle of the weekend as the visitors need a win to overtake Pyramids. Find out more in our match preview.

Pyramids hosts Al Ahly for the first time since a 0-0 draw at home against the visitors in 2021. Here is how we have tipped the game to end on Saturday.

This game will likely yield two or fewer goals. For that, we are rooting for a low scoring encounter on Saturday. Both teams average less than a goal leaked in the 24 and 22 games played so far respectively. The hosts have leaked 17 in 24 games while Al Ahly has conceded 18 goals in 22 games.

It is also likely that this game will have goals on only one side of the pitch. The visitors come here with three clean sheets in the last three games while the hosts bagged one clean in as many previous matches. A tough opposition is what we expect in a game that will play significance in the chase for top three places.

For the best match odds, H2H and current team stats, check the tables below.

Pyramids vs Al Ahly is expected to be a highly competitive game. Everything valuable is at stake for both teams ahead of this duel. And with only two points as the difference between the two teams, this will be one of the most entertaining matches this weekend.

The hosts occupy second place on the Egypt Premier League. It is a position they hope to maintain or better as they look to participate in the CAF Champions League next season. As a result, the hosts must put in a shift to win the or at the very worst draw against resurgent Al Ahly.

The visitors are ranked 3rd and just two points behind Pyramids. Notably, Al Ahly has scored more goals (48) than Pyramids that have found the net 38 times. Interestingly, Al Ahly has played 22 games, two less than matches played by Pyramids so far. That puts the visitors under pressure to win this game. A loss for Pyramids will put them under a lot of pressure as they will have still played two games more than Al Ahly and with a point to chase.

Moreover, this will be the first time Pyramids hosts Al Ahly since January 2021. Notably, Pyramids have not beaten Al Ahly in the last six meetings during which the host bagged three draws and lost thrice to the 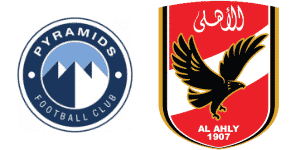 What time will Pyramids vs Al Ahly start?

Where is the match venue for Pyramids vs Al Ahly?

Which team are we rooting for?

We expect a narrow win for Al Ahly in this game.