Many believe Christian Pulisic is going to be the first American football player to develop into a megastar both on and off the pitch.

He's the poster boy for the Bundesliga as they look to make inroads into the American market. Dortmund face Bayern Munich in Chicago during their 2018 pre-season tours and both clubs are banking on Pulisic to help them sell the match out.

There is a feeling, however, that the Pennsylvania-born teenager will have to move to the Premier League if he's to ever fulfil his superstar potential. And he's not shy of English suitors.

Dortmund recognise this already. Speaking on kicker.tv in January 2017, Dortmund CEO Watzke said he was happy to have beaten Premier League clubs to Pulisic's signature.

“Half of Premier League is owned by Americans, and they could all imagine [to sign him] with the U.S. market and because he's an outstanding player,” Watzke said.

Liverpool have regularly been spoken about with regards to a move to reunite manager Jürgen Klopp with the player he promoted to the first-team while at Dortmund. The Reds were linked with an £11million bid for the winger back in August 2016 and reports suggested Klopp tried his luck again the following summer.

And, according to Raphael Honigstein, they're expected to make a big move for the American in the summer of 2018.

Speaking on the Totally Football Show podcast in March, Honigstein said he expects Liverpool to “come in heavily” for Pulisic in the summer.

“I don't see anyone who can be a direct replacement for Coutinho, but that's why Barcelona paid so much money. There aren't many players who can do what he does,” Honigstein explained.

“Christian Pulisic is a player Liverpool have tried to sign before. I'd be very surprised if they didn't come in for him heavily next summer. But again, he wouldn't be a replacement. He'd be like Coutinho five years ago. He's not ready to play in that central role as he's more of a winger.”

However, the Reds aren't the only ones trying to bring Pulisic to the Premier League. Tottenham Hotspur have been tentatively linked in the past, though it's unlikely Daniel Levy will pay what's going to be needed to make such a move happen.

The Red Devils' hierarchy are admirers of the childhood Man United fan and they see the commercial value such a signing would bring – the marketing team view him as another Paul Pogba.

So the old English rivals could be set to go head-to-head during the summer. But is he worth the hype?

Who is Christian Pulisic?

He impressed immediately after joining Dortmund as a 16-year-old in January 2015, having come through the youth system in America.

The USA international broke through at the Bundesliga club in January 2016 and has since established himself as one of the hottest properties in European football. 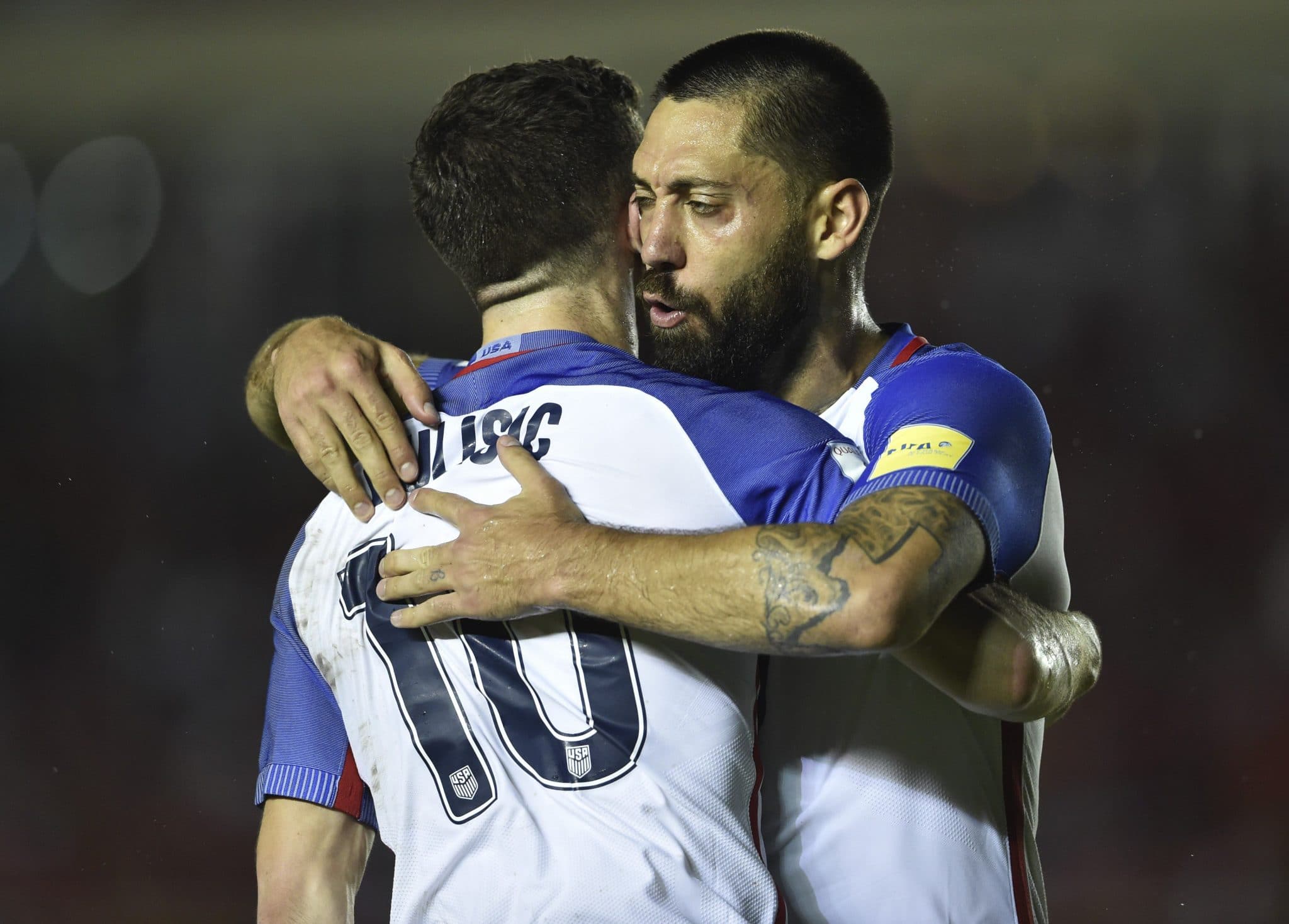 Matt Gault claims it was obvious that Pulisic was destined for greatness in a piece he wrote for Football Whispers: “Being thrown into the mix of a first-team at an elite club like Dortmund in the middle of a season is never easy.

“Pulisic took a few games to acclimatise to the demanding rigours of top-flight football in Germany but, before long, it became abundantly clear that this was a player destined for great things.

“He started that first season strongly, scoring in consecutive weeks against Hamburg and Stuttgart. His strike against the former was a particularly revealing snapshot of his ability, bursting through two defenders before confidently slotting his effort inside the far post.

“Every time Pulisic did something of that nature: a quick turn, an incisive pass, a delightful piece of skill, it became clear he was developing into one of the Bundesliga’s most exciting and sought-after prospects.”

The issue with youngsters is usually consistency. And while Pulisic had some teething issues, he's been largely consistent since the step up to first-team level. During his second season at Signal Iduna Park, Pulisic began to develop under the tutelage of Thomas Tuchel.

Terrorising Bundesliga defences with his speed and low centre of gravity was one thing, but doing it in Champions League was another.

Dortmund’s youngest ever player in the competition, Pulisic changed the game when he came on as a second-half substitute against Real Madrid.

Trailing 2-1 to the reigning champions, Pulisic weaved his way around Danilo before ghosting past Toni Kroos and clipping a ball towards André Schürrle, who fired into the roof of the net to make it 2-2.

It was his moment but not the only one he had throughout the season. He was involved in a goal every 138 minutes during the 2016/17 campaign. Not bad at all for an 18-year-old.

What are Pulisic's Strengths?

He's like a throwback to the wingers of the 1990s. By nature, he's aggressive whenever he picks up the ball. He's always looking to isolate the opposition and beat a man – his 3.78 dribbles per 90 minutes is a testament to that.

He's explosively quick and can beat players both by going inside or out. Pulisic is hard to stop and even harder to catch when he has space to run into.

He's the sort of player all Premier League defenders dread playing against. And it's why he'd thrive in England in a team that would encourage him to express himself.

The American is able to travel at speed in possession, a bit like Eden Hazard. It's as though the ball is glued to his feet and the way he manipulates it is mesmerising.

He's not playing many key passes but when combined with dribbles completed his overall total is more than Riyad Mahrez (3.94) and Kevin de Bruyne (4.48). He's keeping good company.

Liverpool lost Philippe Coutinho to Barcelona and there's a void in attack that needs to be filled. Pulisic is different to the Brazilian maestro but that's not necessarily a bad thing.

The Reds statistically performed better – more points and goals per game – without Coutinho in their starting XI. The pace of Sadio Mané and Mohamed Salah seemed to be the key. Bringing in another player of a similar profile to the Liverpool attack adds depth.

United, for all the money they've spent over the past few years, weren't in an ideal place when it comes to attacking talent before they brought in Alexis Sánchez. The American is ten years younger than the Chilean though and could be a long-term replacement.

As a United fan in his youth, he would have dreamed about playing at the Theatre of Dreams, and up against any other club it would probably be an easy decision to move to Manchester. But Liverpool have held a strong interest in him for a number of years, even inviting him to look round the Reds' training facilities and stadium pre-Klopp.

Reports also claim Pulisic had a good relationship with the former Dortmund boss and that may sway it in favour of a move to Merseyside.

It's going to be a big summer for the Dortmund No.22, but one that could help him fulfil his potential of becoming a megastar.