Teemu Pukki is threatening to have a Michu-esque season.

We're two games into the new Premier League campaign and the Norwich City forward leads the goalscoring charts with Raheem Sterling. Both have found the back of the net on four occasions.

However, unlike the former Swansea man, Pukki doesn't appear to be a flash in the pan.

To say it wasn't expected would be an understatement. The 29-year-old struggled in the Bundesliga with Schalke, scoring eight times in 47 appearances. His spell in Scotland with Celtic was just as disappointing; the Finland international found the net on just nine occasions in 37 games.

His time with Brøndby was far more productive. He scored 69 times in 161 appearances and his sole season in the Championship with the Canaries saw him plunder 30 goals in 46 appearances.

It's clear Pukki is a goalscorer. The uncertainty was whether he could do it at the elite level. Yet with just 173 minutes of Premier League action under his belt, Pukki has shown he's more than able to take that step up. 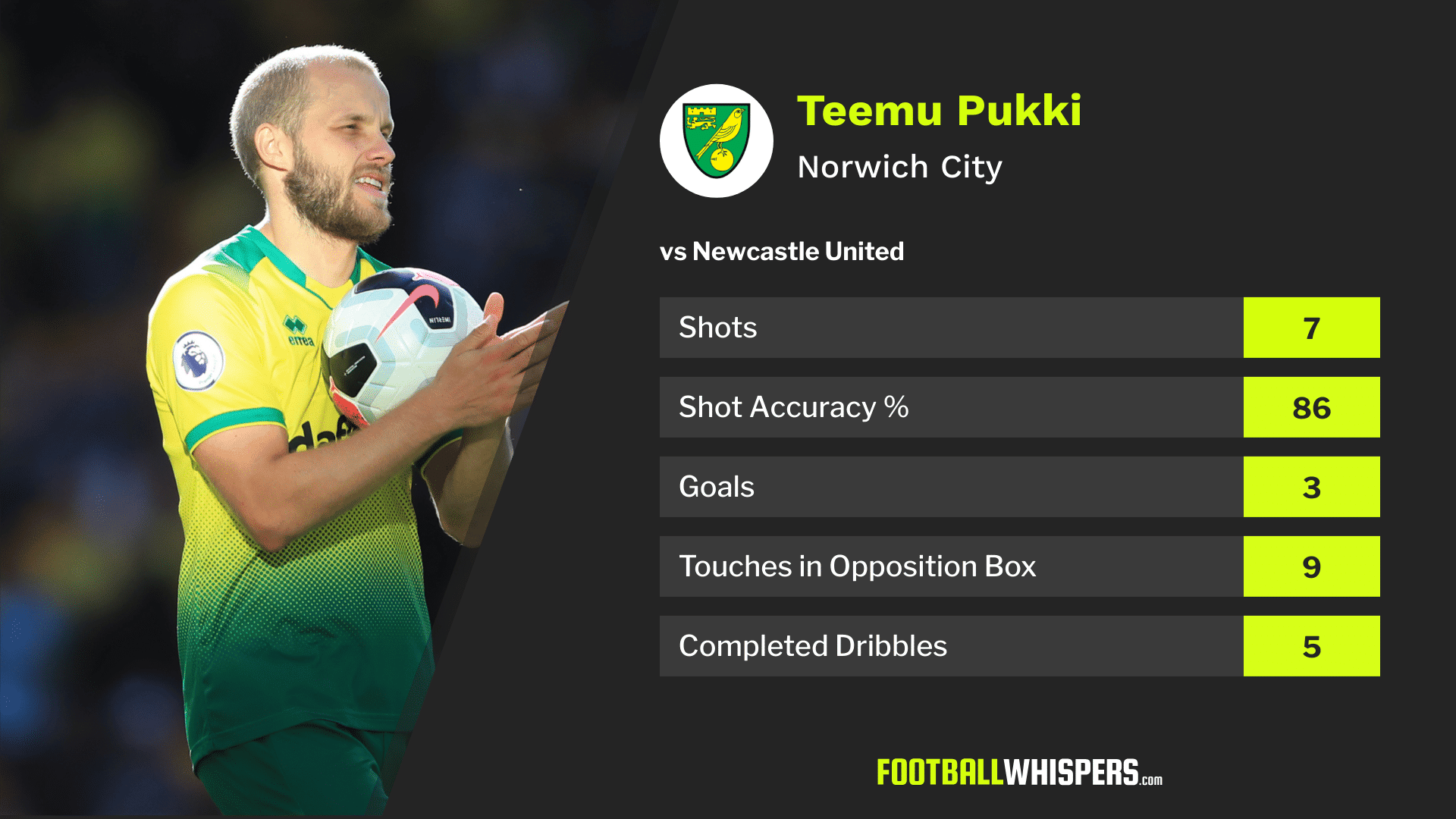 The sample size may not be the largest and reading into his early stats may be somewhat naive, but everything points towards this form being sustainable.

The Norwich striker isn't getting lucky and his chances aren't random. Here, we detail why he's a constant goal threat and why opposing teams are going to find it difficult to stop the former Sevilla player. 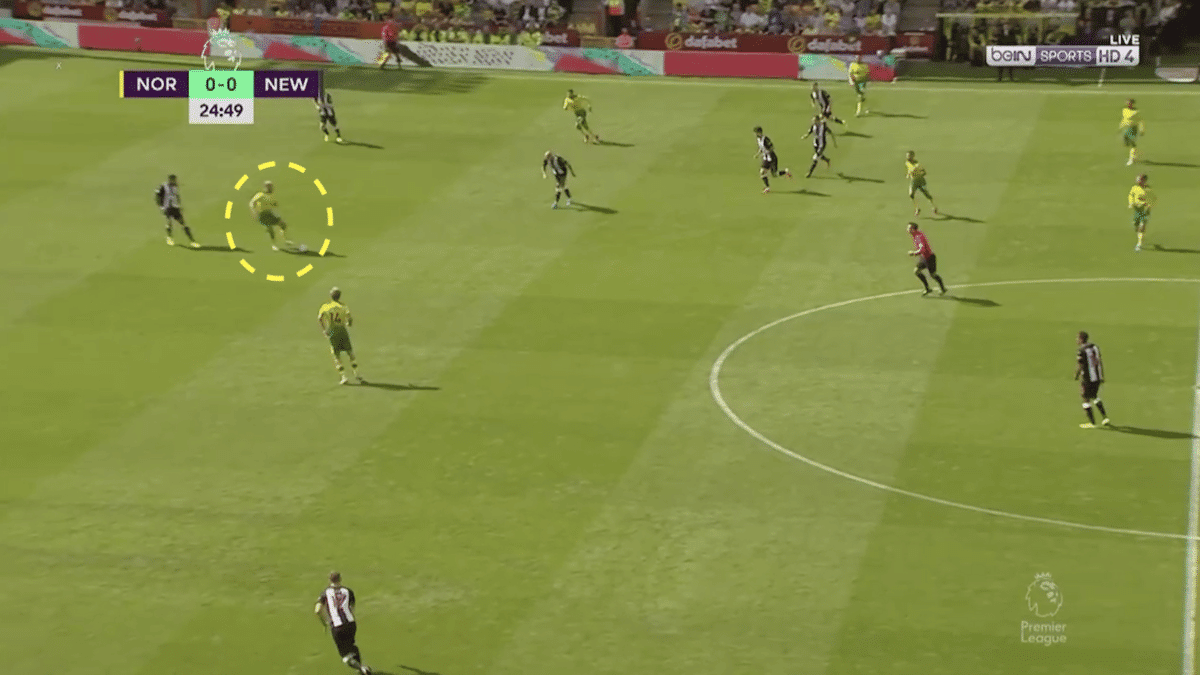 In the still above, Pukki has dropped short to receive the ball. Jamaal Lascelles, the middle man in Newcastle's back three, has tracked him.

A quick touch sees the ball laid off to Todd Cantwell. The Norwich No.22 could look to exploit the space behind the Newcastle captain by angling a run between him and Paul Dummett, the left-sided centre-back.

Such a run, however, would make it easy to be caught offside. The Newcastle defence can hold the line and soon Norwich have two players on the right without anywhere to go. 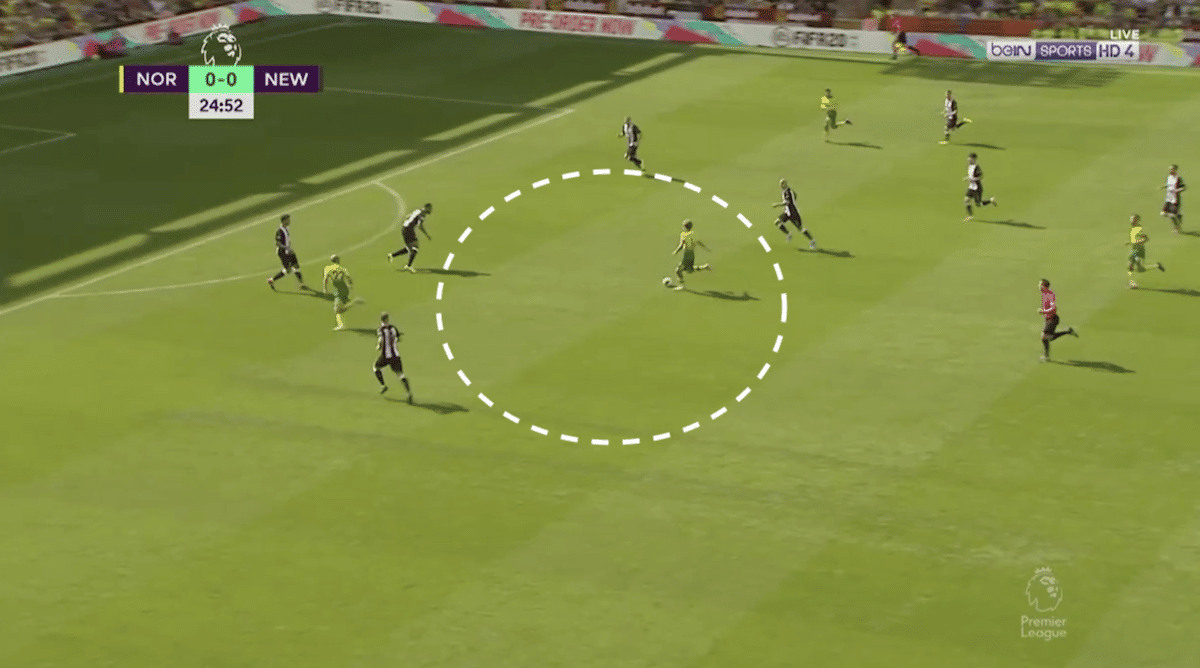 So Pukki shows his intelligence by making a run to the left. This initially drags Lascelles with him before Fabian Schär takes over.

In the still above you see Cantwell in acres is space purely because no Newcastle defender was able to get out to him due to Pukki's run.

The Finnish finisher is then played through and fires a left-footed effort goalwards. It doesn't nestle in the back of the net but it highlighted how his movement alone can create opportunities in the top flight. 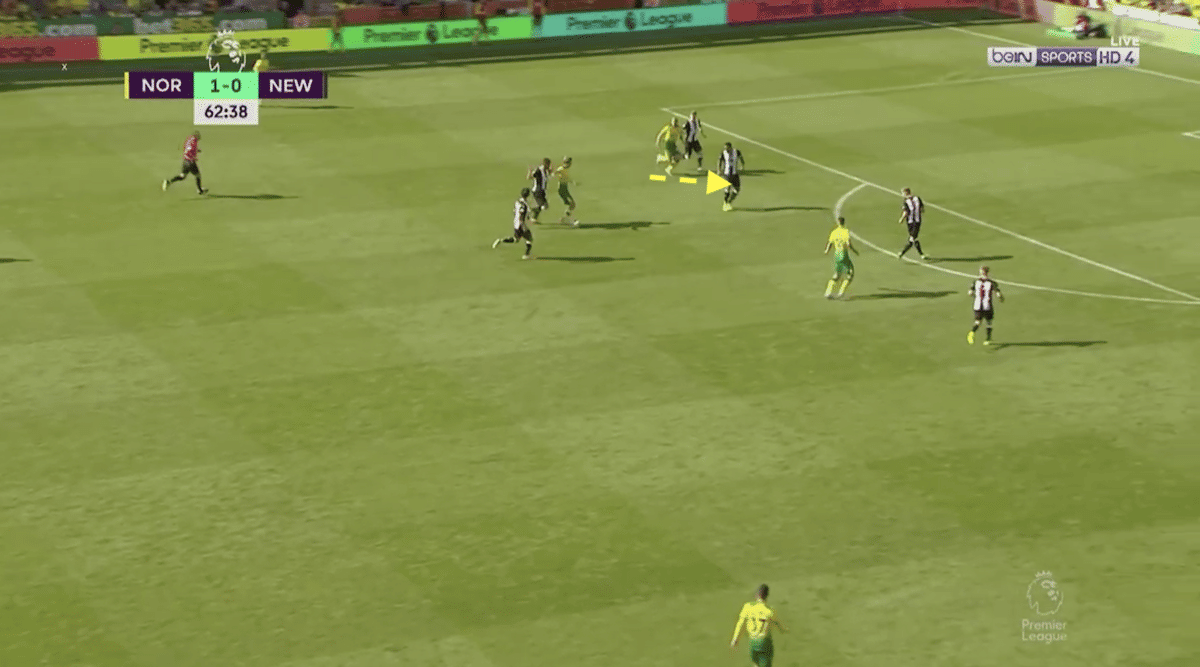 It's a similar story above. Pukki starts his run from the left side of the pitch and darts infield, aiming to get between two Newcastle players.

However, an incisive pass would have to be perfectly weighted to avoid the defenders and not draw the goalkeeper out. 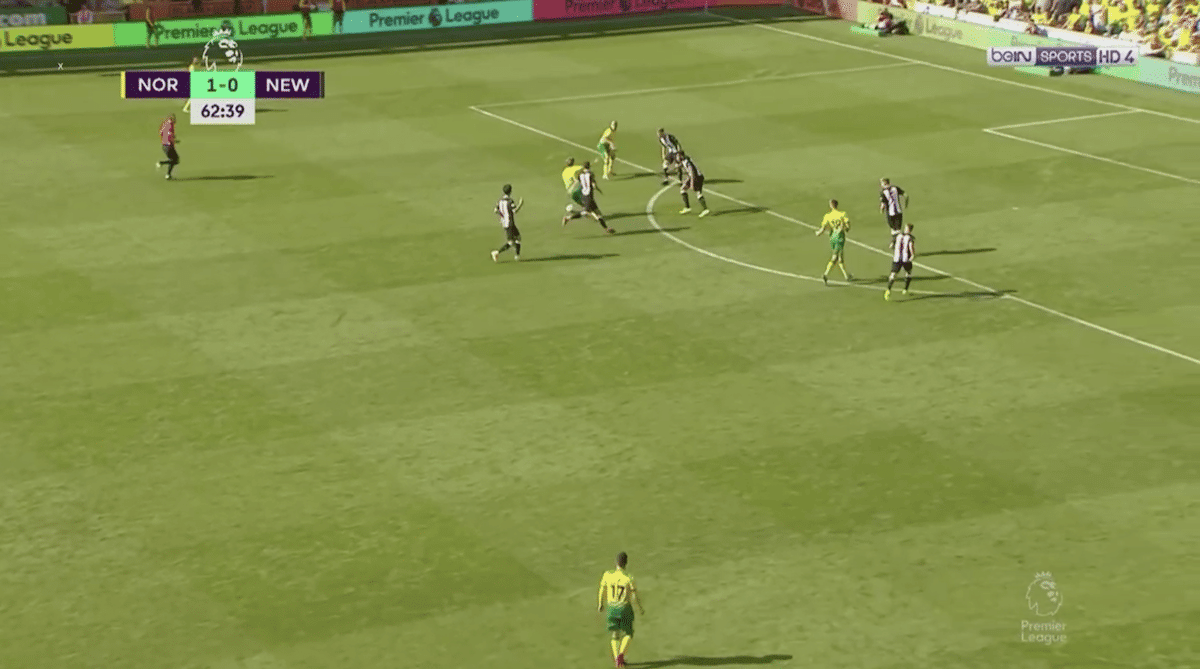 So instead of continuing his run, Pukki dips back outside at the very last minute. This one movement takes the Norwich forward from being touch-tight to having space.

It's all Pukki needs to work the ball back onto his right foot before firing past Martin Dúbravka to add his second of the day.

It's these subtle movements which separate Pukki from a player in a rich vein of form to one who is a consistent menace and a reliable goal-getter.

He's currently outperforming his expected goals but elite finishers often do. Having seen where Pukki tends to place his efforts, he definitely falls into that category.

Norwich have a certified goalscorer at their disposal and he could be the difference between a comfortable mid-table finish and a relegation battle.