This match is very much in the balance after the first leg ended 0-0. Who will win? Find out with our PSV vs Leicester match preview with free tips, predictions and odds mentioned along the way.

These two played out a draw in the first leg and we suspect the second will play out in similar fashion – although a winner will be decided either through extra time or penalties. PSV have won three and drawn two of their last five matches whilst Leicester have won two, drawn two and lost one; the Foxes loss was the most historic of those five matches. On paper, PSV have the edge owing to home advantage but Leicester have better quality in their squad; it's a finely balanced game.

This second tip might be a tad out there given the first leg ended 0-0 but we see this game featuring goals. PSV have gone over the 2.5 mark in three of their last five matches racking up a total of 17 goals; that's 3.4 goals per game. Leicester meanwhile have a more conservative total goals column in their last five at 11 but, still, three of five have gone north of the all important 2.5 marker. On top of that, the first leg might have lacked goals but there were plenty of shots (15 in total).

Here are the key stats & form guide for PSV vs Leicester

PSV vs Leicester: Let's look at the predicted lineups

The first leg of this quarter-final really failed to deliver as a spectacle for the neutrals but a winner has to be found and with PSV now at home, this game could become a very interesting watch.

PSV will have been happy to leave England with a point last week owing to Leicester having the better of the match. They'll also fancy their chances of winning the tie back in front of their own fans owing to strong home form; they've not lost in seven and have won six of those games.

On paper, Leicester are arguably the best squad left in this competition. They need to prove it though. They had the better of the first game but couldn't get the goal and now they'll need to do the business away from home, which isn't something they've excelled with in recent weeks.

A quickfire FAQ on PSV vs Leicester 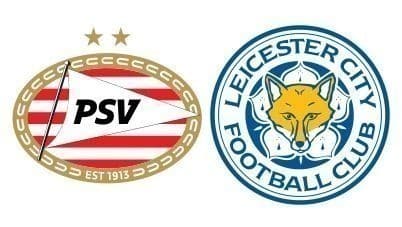