The rematch of the PSV vs Benfica matchup in the Champions League Qualifiers will determine which team will play in the group stages, so let's take a closer look at the match and what we can expect from it.

Our free betting tips and predictions for PSV vs Benfica

If you are looking for the best Champions League predictions, you've come to the right place. With that in mind, let's check our some of our top betting tips for the PSV vs Benfica duel:

PSV and Benfica to Draw at Half Time

PSV and Benfica to Draw at Half Time

Since we expect the teams to draw at the end, we also expect them to be equal at half time. After all, most matches that end in a draw are also even at half times and this game could be the same. That being said, none of the last five head-to-head duels between PSV and Benfica were even at half time, but traditions are there to be broken.

Top odds and useful stats for PSV vs Benfica

If you are trying to find the best odds for PSV vs Benfica, check our list of odds taken from some of the top UK bookmakers:

PSV vs Benfica preview: Derby of the round in the CL playoffs

The team from Eindhoven was very convincing in the previous rounds of the CL Qualifiers, in which they eliminated Galatasaray and Midtjylland with a total goal difference of +9! The team also started the new season in Eredivisie with a couple of wins, so it's safe to say that they are in good form. However, PSV lost the first leg against Benfica in Lisbon 2-1, so they will have to do better in the rematch if they want to reach the group stages. Ledezma is the only player on the team's injury list at the moment.

The Portuguese team only had to eliminate one team to reach the playoffs thanks to their ranking, and they did so in a convincing fashion by beating Spartak Moscow 4-0 on aggregate. Befnica also won their first three matches in the new season of the Portuguese league and the first leg against PSV in the CL Playoffs, so their season has been perfect so far. On the downside, the team will miss a few important players in the rematch, including Seferovic, Ferro, Vertonghen, and Nunez. 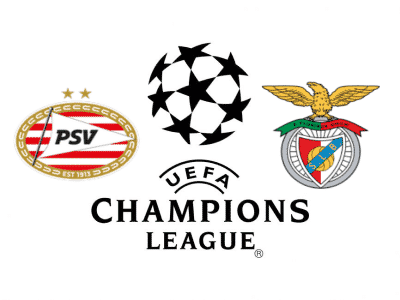