PSG hopes to maintain a perfect start in the new season when they host Lyon on Sunday in Round 6 of Ligue 1 fixtures. We have done a comprehensive analysis to provide our readers with more insights into the big game.

PSG vs Lyon: Our Best Three Picks for the Big Game

PSG vs Lyon is our game of the week. A lot of excitement is already building up about this fixture with Lionel Messi set to make starting 11 for the first time in Ligue 1 since moving to PSG. The following are our best three and free predictions for this game:

We are expecting a high scoring match when PSG hosts Lyon on Sunday. Both teams have shown remarkable scoring form and more than two goals is the probable outcome. Three of the last five Ligue 1 encounters had more than two goals, a trend we are likely to witness in this fixture.

Our second pick for this match is goals on both sides. Even though PSG has won all the first five Ligue 1 games, they have kept two clean sheets in only two matches. The hosts seem to have some defensive problems, which Lyon should exploit to put at least one goal at the back of the net. Moreover, the hosts are a high scoring prospect in this game, having found the net in the last six games.

Kylian Mbappe should find the net anytime in this match. The French forward won the golden boot last season and is already on course to compete for the coveted individual award this season. Mbappe has scored four and provided two assists in the five games played so far.

Excitement is boiling in anticipation of Lionel Messi first game at Parc De Prince on 19th September 2021. Messi came on a substitute in his first appearance for the Paris giants but failed to score despite playing for 24 minutes against Reims on 29th August. The Argentine picked a yellow card in the Champions League fixture against Club Brugge a few days ago. This match will not only be important for Lionel Messi but also PSG fans that are looking forward to some magical moments at Parc des Princes on Sunday. Clement Turpin will the match referee. Notably PSG lost at home against Lyon last season. They have also failed to win at home against the visitors in the last two home matches. 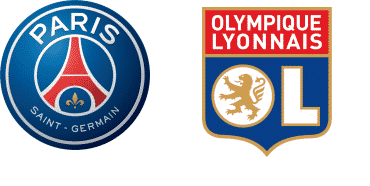 Who will referee PSG vs Lyon fixture on Sunday?

Will Lion Messi start this game?

Lionel Messi is expected to make his first Ligue 1 start on Sunday.