Club Brugge might not have any hope of making it to the knockout phase of the Champions League but a Europa League spot is still up for grabs. Can they cause a shock and beat PSG? Find out with our PSG vs Club Brugge match preview with free tips, predictions and odds mentioned along the way.

Nice and easy for PSG

PSG at home against Club Brugge is a banker on paper and that's exactly the way we see it playing out hence the minus two handicap. PSG haven't been at their scintillating best this season but Brugge are hardly flying having shipped 14 goals in their last three Champions League games whilst their domestic form is indifferent too. PSG are loaded with quality – particularly in attacking areas – and even on a bad day they could easily stick a few goals past a team that isn't bang at it.

PSG to lead at the break and win

With PSG heavy favourites simply to win we are making the  prediction that the French giants lead at both half time and full time. PSG have made tough work of the group stage – albeit their place in the next round is secured – but with Club Brugge having been walloped in their last three games it's completely plausible PSG end this game early; two of Club Brugge's last three games in this group have seen them losing at the interval and at the final whistle.

Finally, we look at the total goals market and we're plumping for over 3.5 goals. PSG's average to date in the group is just under that at 3.2 per game but Club Brugge carry the torch with 4.2. On top of those averages, recent form in the group is even stronger. Two of PSG's last three have gone over 3.5 with an average of 4.0 goals per match whilst all of Club Brugge's last three have gone over the threshold with their average in that period a staggering 5.3.

All the stats & odds for PSG vs Club Brugge

PSG haven't exactly convinced so far this season but still they have their place in the knockout stages confirmed with a game to spare; that alone is an indication of how high their standards are. Neymar likely won't feature but that almost helps PSG in that they'll have one less superstar to coordinate; that's been labelled as one of their big issues this year. Club Brugge meanwhile made a decent start to life in this group by taking four points from six but they've been outclassed in their more recent games. Hans Vanaken is a man worth watching though.

The final word on PSG vs Club Brugge 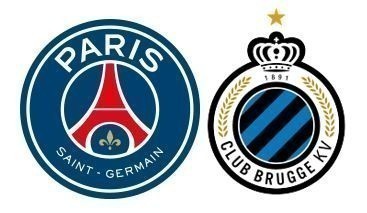