Unai Emery confirmed at the start of May that he would be leaving his job as Paris Saint-Germain manager at the end of the season. It was Europe’s worst-kept secret with reports emerging in November that the former Sevilla boss would be replaced after failing to impress the hierarchy at the Parc des Princes.

The Ligue 1 winners, who hit Monaco for seven to confirm their title win, crashed out of the Champions League in the round-of-16 after losing 5-2 on aggregate to finalists Real Madrid. Emery, considered by many to be a master tactician in knockout competition, was outclassed by Zinedine Zidane.

The French legend benched Toni Kroos, Luka Modrić and Gareth Bale and instead fielded a team perfectly suited to play on the counter in Paris with Lucas Vázquez and Marco Asensio occupying the wide forward positions. There’s no shame in losing to Real Madrid but losing the tactical battle was perhaps the final nail in Emery’s coffin.

Thiago Silva recently spoke out about the club changing manager but never really progressing: “We change coach but we do not progress. Maybe we at home have to look and think about what we need to do more to improve next year.”

Thomas Tuchel is the favourite to replace the Spaniard. He's been out of work since leaving Borussia Dortmund at the end of the 2016/17 campaign and he's not had much success in terms of silverware. The German coach might not be the biggest name in world football but what he does bring to a team is an identity. Something the Ligue 1 champions would benefit from.

The former Mainz boss is an innovator and a motivator. He's not dissimilar to Jürgen Klopp in terms of his management style and he's just as meticulous as Pep Guardiola, mirroring the Catalan coaches philosophy.

In 2009, Tuchel praised Guardiola's Barcelona side, saying: “I believe that Barcelona’s outstanding performance based on the way the whole team with abandon and passion tried to win the ball back after a turnover.” Watching his Dortmund team, it was clear he took inspiration from both managers.

It's no easy feat replacing a legendary manager, just ask David Moyes, but when the Bavarian-born tactician replaced Klopp at the Westfalenstadion he showed no signs of being out of his depth. If anything, he appeared to thrive under the pressure of managing one of the best teams in Europe.

He took a burnt-out Dortmund side and breathed new life into them. The all-action style Klopp used was tweaked in favour of a more possession orientated style. The team were still capable of counter-pressing but Tuchel didn't rely on it as the sole playmaker, like his predecessor, and his team weren't trying to force turnovers at every given opportunity.

He showcased just how flexible he was as a manager by using a number of different formations to combat the strengths of the opposition. His Dortmund side played variations of a back three as well as numerous back four based shapes.

There's nothing stubborn or egotistical about the way Tuchel sets up his teams. He's aware enough as a person to know one size doesn't fit all and he adapts. It's this management style which is why he's so highly rated as a coach.

Though he flip-flops between formations, the overriding philosophy remains the same – Tuchel looks to dominate the midfield area and create overloads in the final third.

His 4-1-4-1 system at Dortmund often morphed into a 2-3-4-1 when in possession. The full-backs would push on to support the deepest midfielder, which was usually Julian Weigl. It didn't create an extra defensive line but it meant BVB had players in higher up positions which allowed them to press and, in theory, win the ball back in advanced areas.

It was also a ploy to keep Weigl, a Paris Saint-Germain transfer target, in a central area. He wasn't having to shuttle over as much to cover the channels.

Weigl would act as the metronome while the other two midfielders would play in a box-to-box role, often pushing on to support the attackers. It's not too different to the way Guardiola uses Fernandinho, Kevin de Bruyne and David Silva.

Marcos Reus and Henrikh Mkhitaryan would act as the wide forwards. The pair wanted to cut inside to support Pierre-Emerick Aubameyang but neither were averse to holding a wider position in an attempt to stretch the play. Not only did it create space, it often resulted in Reus being isolated against a full-back and the Germany international relished those scenarios.

PSG's squad is perfect for Tuchel 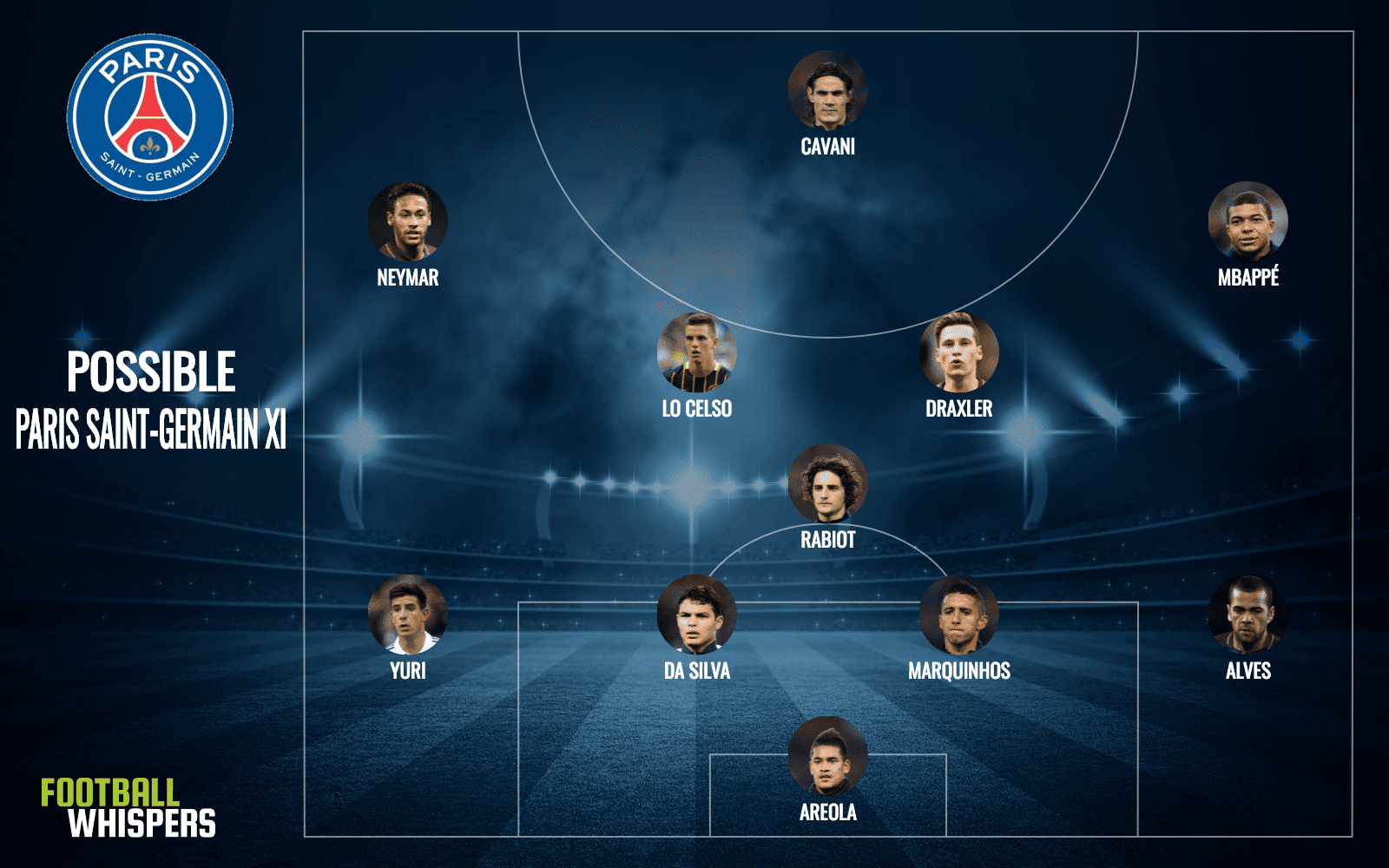 It went under the radar but Tuchel turned Aubameyang into one of of the best poachers in world football today. The Arsenal forward is an elite chance-getter and he set his team up to supply the Gabonese striker. Edinson Cavani should look forward to spearheading the PSG attack.

The former Napoli man isn't the only one who fits perfectly into the manager's Dortmund blueprint. Liverpool transfer target Adrien Rabiot could play the Weigl role. The four full-backs Tuchel would have at his disposal in Dani Alves, Layvin Kurzawa, Yuri and Thomas Meunier are all comfortable on the ball and can play the defensive midfield role the likes of Raphaël Guerreiro, Łukasz Piszczek and Matthias Ginter occupied.

Julian Draxler and Giovani Lo Celso would excel in the box-to-box midfield roles. It's a position which makes the most of their playmaking ability as well as their goal scoring instincts.

Playing as a left midfielder in a midfield four might not seem the best way to properly utilise the world's most expensive player but with PSG likely dominating possession Neymar will be allowed to influence proceedings in the final third just as Reus was. The Brazilian is used to playing in a counter-pressing system having done so for Barcelona and he's no stranger to putting in a defensive shift.

Then there's Kylian Mbappé. Tuchel has experience in dealing with prodigious talent having helped develop Christian Pulisic. The French forward comes alive during the transition phase of play, situations the manager can orchestrate with pressing triggers.

Tuchel could be the manager the PSG owners have been searching for since the start. He's a tactical mastermind who can develop and nurture the talents already at the club. Furthermore, his intelligence and grasp of the game is enough to earn the respect of the egos in the dressing room.