Charting the past of Paris Saint-Germain is a difficult task. They are now on their way to becoming France's most successful club, but just eight years ago, they were an underachieving giant.

Last season's title was the club's fourth successive Ligue 1 crown – taking their total to just six – but no one would bet against them equalling rivals Marseille and 1970's powerhouse, Saint-Etienne (both on 10) by 2022.

It was not always the case, though, and the star-studded team Parisians now see week-in-week-out is far removed from the paltry squads of the 80s and 90s.

However, that does not mean that PSG have been lacking in superstars since their formation in 1970 – think of the likes of former Ballon d'Or winner George Weah, for example. With money poured into the club, they have featured some of French football's greatest talents – it just didn't turn into domination until Qatar Sports Investments (QSI) completed a takeover in 2011.

As time rolls on, this list will possible change, but the past should never be forgotten. Some amazing names miss out, but when picking an all-time XI for Football Whispers you realise just how amazing a past this club truly has. 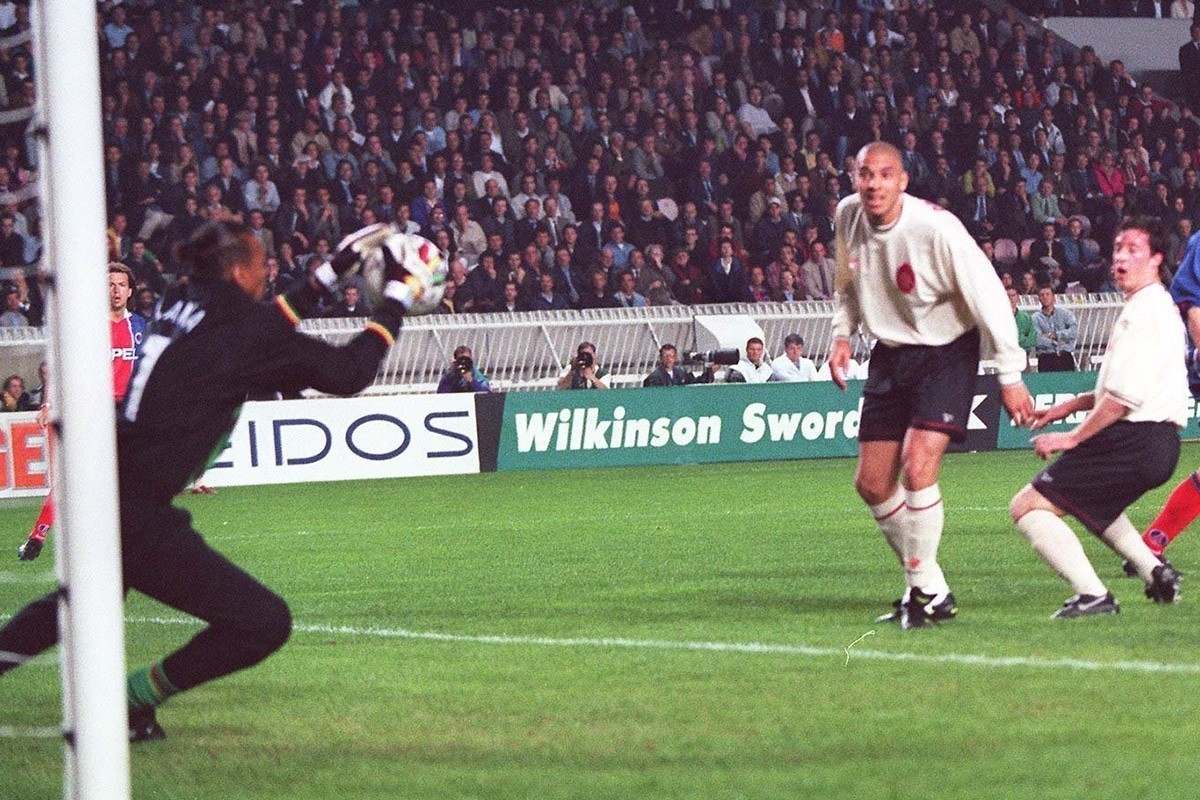 There is a good chance that someone like Alphonse Areola could go on to star for club and country, but this is the one position the new PSG-era has struggled with, making Lama the obvious choice between the sticks.

In seven seasons he managed to play over 300 games for the club. Amazing reflexes, stunning reaction saves and unmatched agility, he is still a legend among fans that were at the Parc des Princes in the 90s.

Lama was a key component of the 1994 title winning side, he also won the Coupe de France twice and UEFA Cup Winners' Cup in 1996 – his clean sheet against Rapid Wien in the final of the latter making him a Les Rouge-et-Bleu hero.

In order to try and squeeze as many stars as possible into this team, we have gone for 3-4-3 formation – it always helps that the club have a history of playing imperious centre-backs.

It is no surprise to find a towering Brazilian in the centre of the PSG defence, but Gomes was a star before his time.

Winning four trophies in four years with the club, he controlled the defence for over 150 games, winning the French title in 1994.

He should have been part of the legendary Brazil team in 1994, but on the eve of the tournament he picked up an injury and missed out on his country's World Cup victory in the USA. 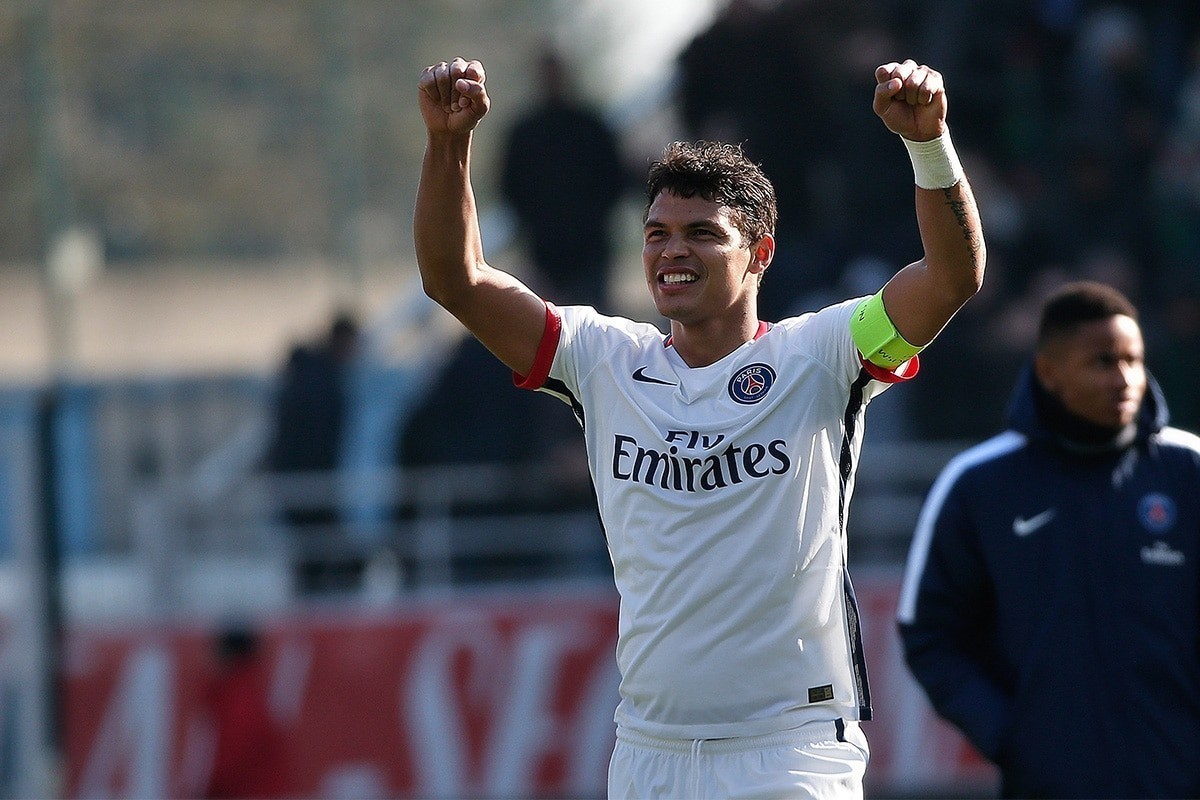 Another Brazilian superstar… and while Silva may have lost his hero status in his homeland, for PSG he is the rock that four Ligue 1 titles have been built on.

Easily the best defender in France and still one of the best in Europe, it often seems like he is not tested week-to-week. However, when he needs to be switched on, like in the Champions League, there are not many better than the former AC Milan man.

The thorn between two roses, the uncompromising Roche spent six years at the club and was part of the team that won the Cup Winners Cup in 96.

It takes a special kind of player to go from Marseille – via Auxerre – to Paris and become a club legend. He was named French Football Player of the Year in 1992 and would later play his part off the field too, becoming Sporting Director.

He finished his career as one of only three men that have lifted the French title with three different clubs – was part of the 1994 champions in Paris. 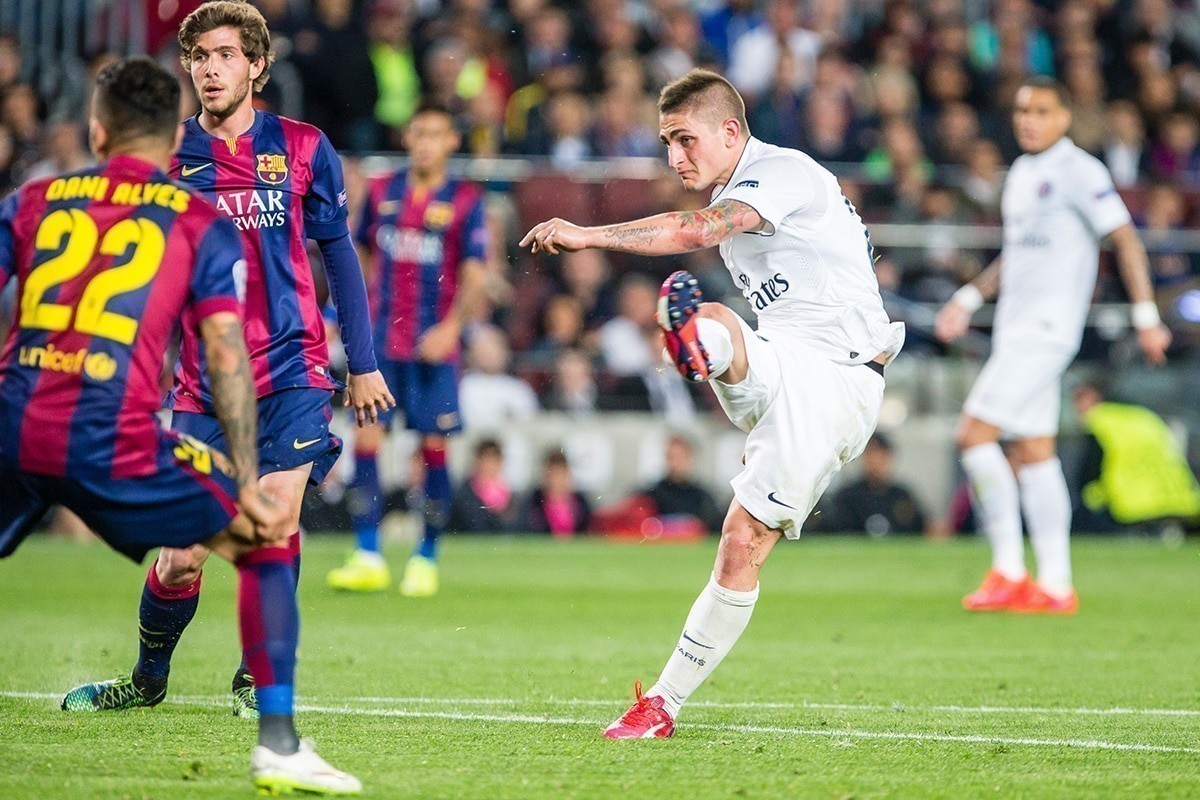 We have to look to the future with this one. Signed for the club as a teenager from Italian side Pescara, Verratti is undoubtedly going to go on to be one of football's greatest talents.

He is actually not that far off already.

Thiago Motta, Paul Le Guen and Claude Makelele miss out, but in three or four years they will not even be part of the conversation.

When he arrived in the French capital, Verratti had never played top-flight football, now you cannot imagine the club without him.

His position in the PSG team was never more magnified than when he was injured last season. There was huge hole in the midfield that then coach Laurent Blanc just could not replace.

Players with as much talent as Verratti has, at such a young age, are priceless.

Rocheteau made his name as a part of the super successful Saint-Etienne side of the 70s. Labelled the Green Angel, he was an amazing player for club and country.

He actually spent seven years in Paris, played over 250 games and is still the club's third all-time leading goal scorer.

Trickery down the wings, pace and a great crosser of the ball, how current boss Unai Emery would love a player of his ability in his squad. 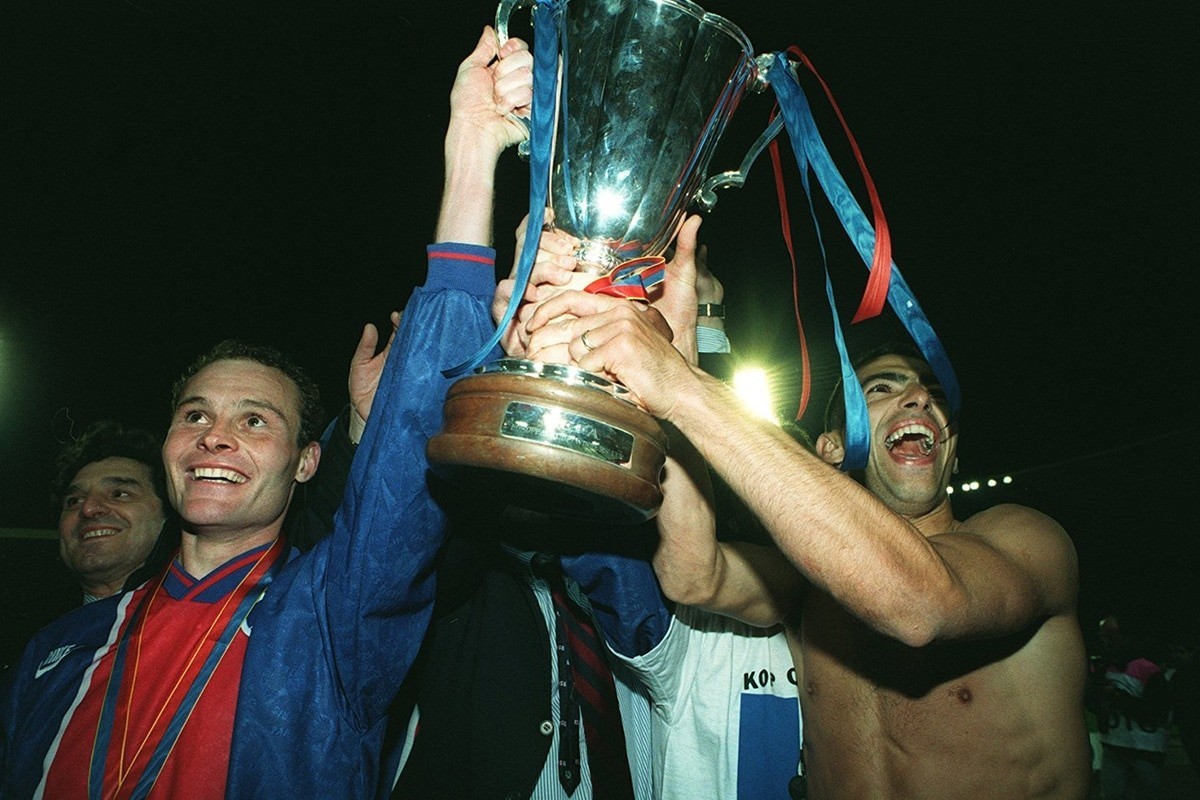 Other names might have been expected here. It is a gut-wrenching feeling to leave out Rai – he paved the way for the Brazilian influence on the club – and the legend that is Jay-Jay Okocha – who would later be reunited with Djorkaeff at Big Sam Allardyce's Bolton in 2002.

Despite being better known for his time at AS Monaco and Inter Milan, his stint at PSG will not be forgotten quickly.

You will not find him on the lists for top goal scorers, or appearances, he only actually played for PSG for one season.

However, the midfielder scored 19 goals in 46 games and helped the club win the Cup Winners' Cup that season. It doesn't get much better than that.

If Djorkaeff does not get you, there is a good chance that Susic will. The Yugoslavian midfielder scored an incredible 96 goals over nine seasons.

He added 61 assists for a team that struggled in the 80s. He was named Foreign Player of the Year in 1983, but only managed to pick up one league and one cup during his time in the French capital.

In 2010, France Football chose Susic as the best player in the history of PSG, obviously before the QSI era, above a roll call of historic names in this team. If it's good enough for them… 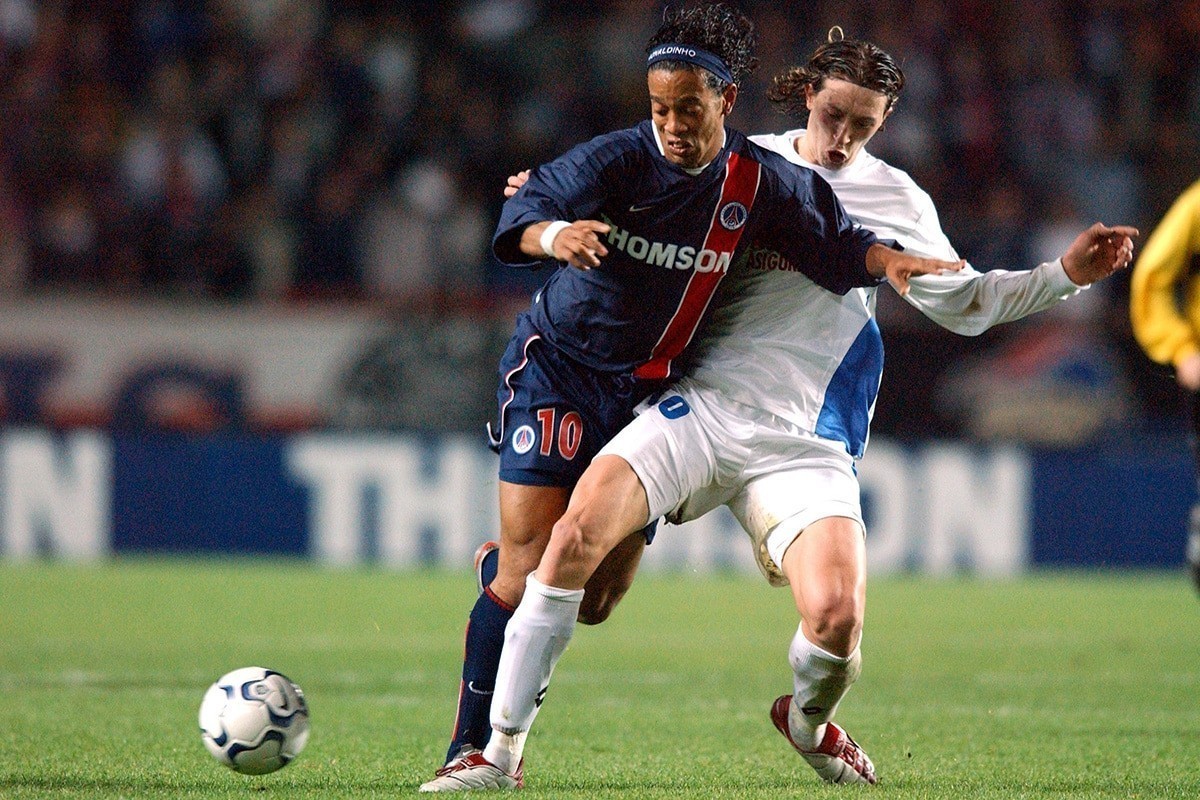 On the left, there could only be one player to get the crowd on their feet. The likes of David Ginola and Valdo miss out, but this ‘smiling assassin' was a talent like no other – something that he would show the world with the Seleção and Barcelona.

He exudes class and unpredictability; he was definitely a QSI-type megastar long before the Qataris laid their hands on the club.

Fans were only able to watch Ronnie's ability for two seasons, but that was enough for him to be remembered as a club legend – skills of the like they may never witness at the Parc des Princes again.

You can only doff your cap to a player like Pauleta. The Portuguese striker joined the club from Bordeaux at a time when the capital club were truly struggling in 2003.

A truly awful PSG side – who finished 11th in Ligue 1 in the 2002/3 season – welcomed with open arms a player who had managed to score 109 goals in just five seasons.

He was a finisher like no other and, although a certain Swede (see below) has gone past him in the goal scoring table, for just how bad the early 2000's team was, each goal should count for more.

It boggles the mind to think just how many goals he could have scored in this current team. He would probably still manage at least 15 a season even now! 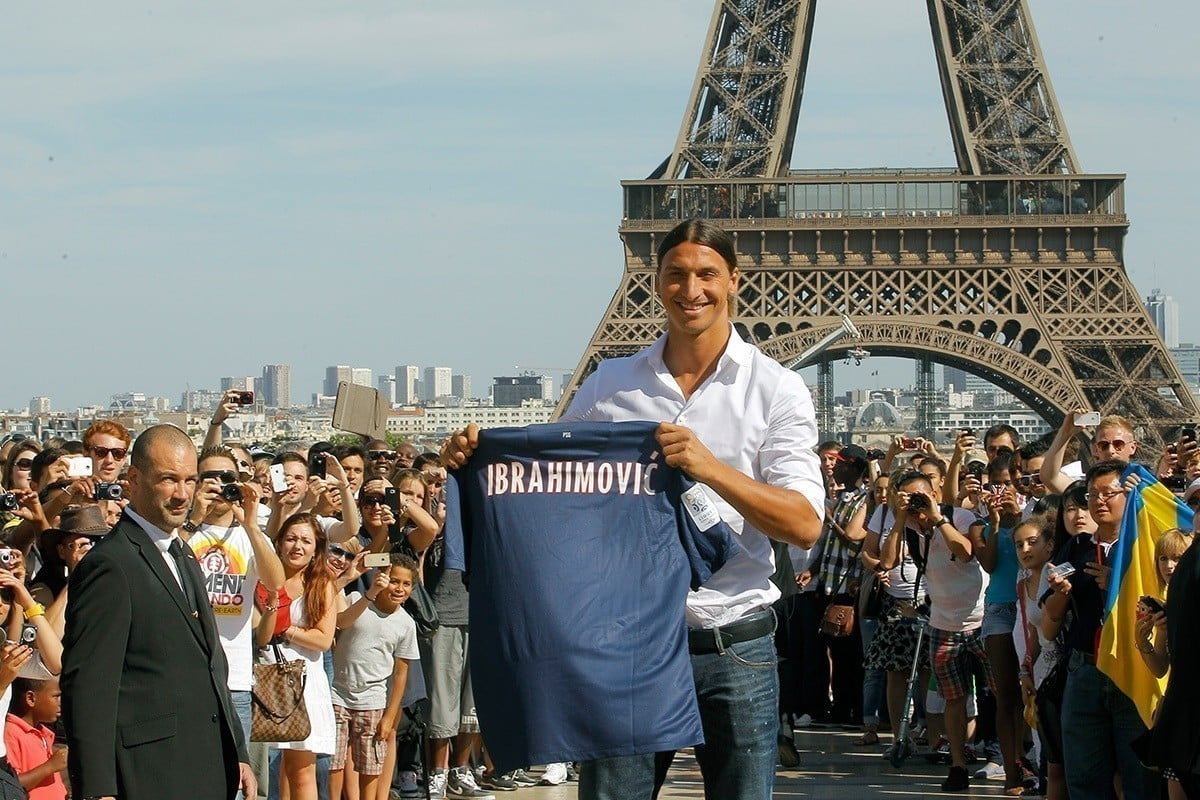 156 goals in 180 appearances, that is all you need to say when you mention Zlatan ‘the ego' Ibrahimovic.

Zlatan is among the PSG all time top scorer list. He is an automatic pick in the best XI and will remain the best ever play Paris has ever seen for a very long time.

He is the player that all other greats will now be measured against – and that is just not fair on anyone.