This is the sort of match-up that you pray for when it comes to deciding silverware. PSG are looking for their fourth straight victory in the competition, but this is the biggest challenge they have faced in three years.

In 2014, Lyon’s hopes were dashed after just four minutes when Edinson Cavani opened the scoring. Then a questionable penalty made it 2-0 and the final was all but over. Bastia fell 4-0 in 2015 and then last year, even after going down to 10-men, PSG took advantage of a mistake in the Lille defence to seal the 2-1 victory.

Now, at the Stade de France, Unai Emery has to do what he hasn’t managed all season, beat Monaco to lift their first trophy under the Spanish coach.

Monaco are the top scorers in France, with 87 goals in 30 games. Only Barcelona, with 81, come close in Europe’s top leagues. PSG have scored 60 times by comparison and there is no doubt this is a fixture bursting with attacking talent.

Cavani has scored 27 of those goals and the Uruguayan is the perfect spearhead to the Parisian attack. Love him or question him, you can’t deny he finds a way to put the ball in the back of the net.

You have to set up your team to benefit the movement and finishing ability of the 29-year-old and PSG do just that. Feeding crosses and cut-backs into the penalty area, Cavani’s only job is to get on the end of it.

Both Cavani and Monaco’s young star striker Kylian Mbappé are averaging 1.1 goals per 90 minutes. The Frenchman takes a slight lead when it comes to shots on target with 2.2.

Mbappé is still giving the ball away a little more than you would like, but because of what he brings in taking on defenders, running down the channels, you can forgive him for it. The 18-year-old also adds more as an all-round forward, winning more in the air and creating chances for his team-mates.

“Monaco have had a fantastic season, with some really good young players,” forward Julian Draxler explained to Le Parisien. “But we are still the best team in France.”

“Now we have to demonstrate it on the field, starting on Saturday in this final.” 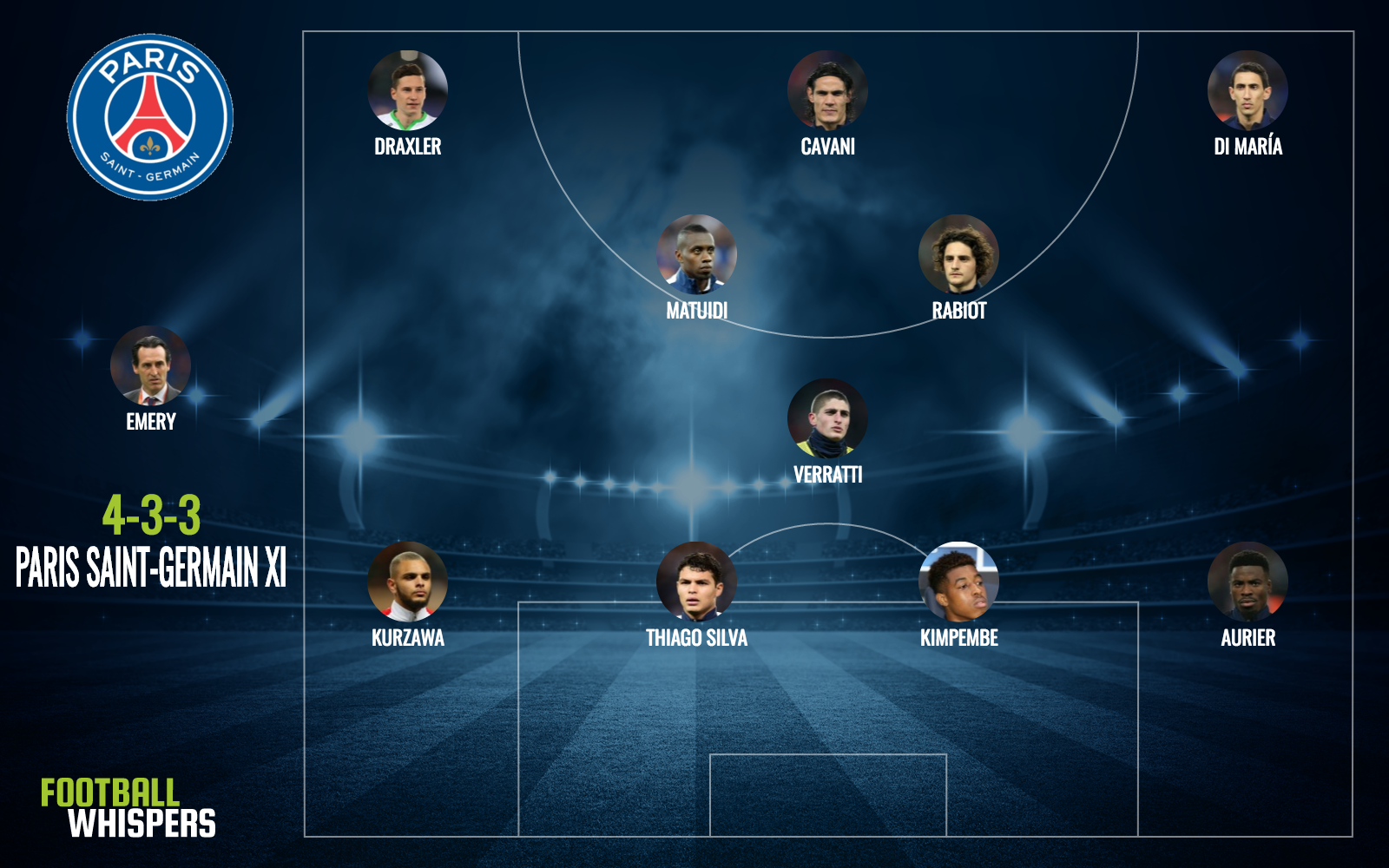 PSG are still trying to banish the memories of the 6-1 defeat to Barcelona, when some blamed the referee – there was even a petition to have the game replayed – the German admitted it was their own fault.

“[International team-mates] asked me what might have happened,” he added. “I answered the same to everyone: we had had a very bad match.”

“Barcelona are the best team in the world. Some refereeing decisions did not favour us, but, when we lose in this way, it can not be only the fault of the referee.”

The former Wolfsburg man has scored seven goals since arriving in Paris, but in order to ensure they win on Sunday, they need to tighten up at the back.

Trying to stop two of the most dangerous teams in France are two Brazilian defenders — both at different ends of their career. The 32-year-old Thiago Silva is PSG’s captain and although he’s been found wanting in the Champions League when his club needed him most. He is still capable of commanding a back-line, though.

The younger Jemerson, still only 24 years old, has to make 2.3 tackles per game. When you consider how often Monaco are on the attack, it’s a little worrying. Centre-backs should look to make as few as tackles as possible. 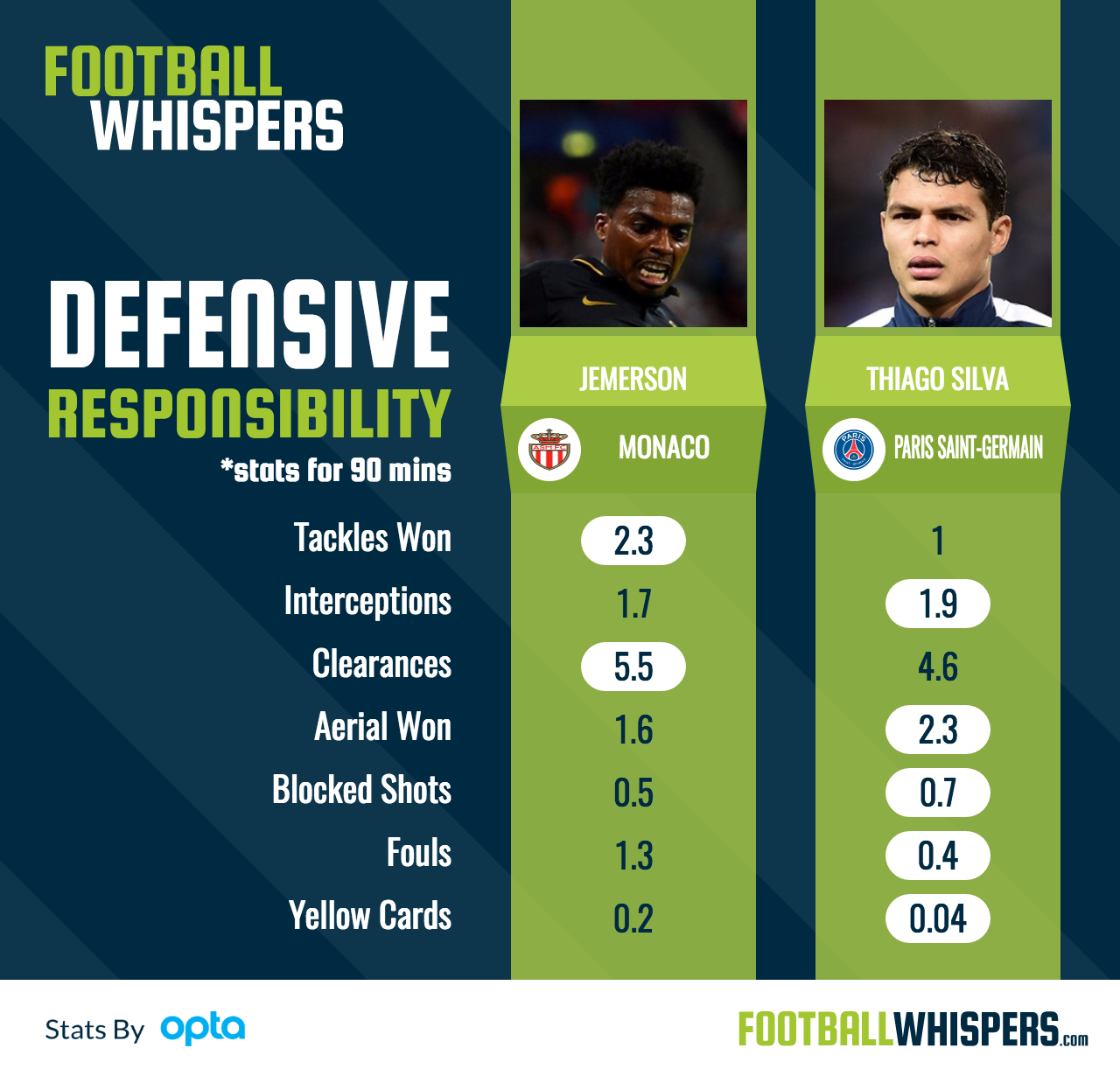 In terms of interceptions, they are very well balanced and the Monaco man is ahead slightly with how many clearances he makes per 90 minutes. They are both very good at getting their bodies in the way of shots and crosses.

Jemerson can still look shaky on occasion, but his performances have improved beside the guidance of Kamil Glik. Without Marquinhos, young Presnel Kimpembe will partner the veteran Silva, which makes it a very interesting match-up.

Kimpembe, who was called up by France for the recent internationals, is an excellent young defender, but this will be the biggest test that he will face. Especially if Silva decides to go missing again. 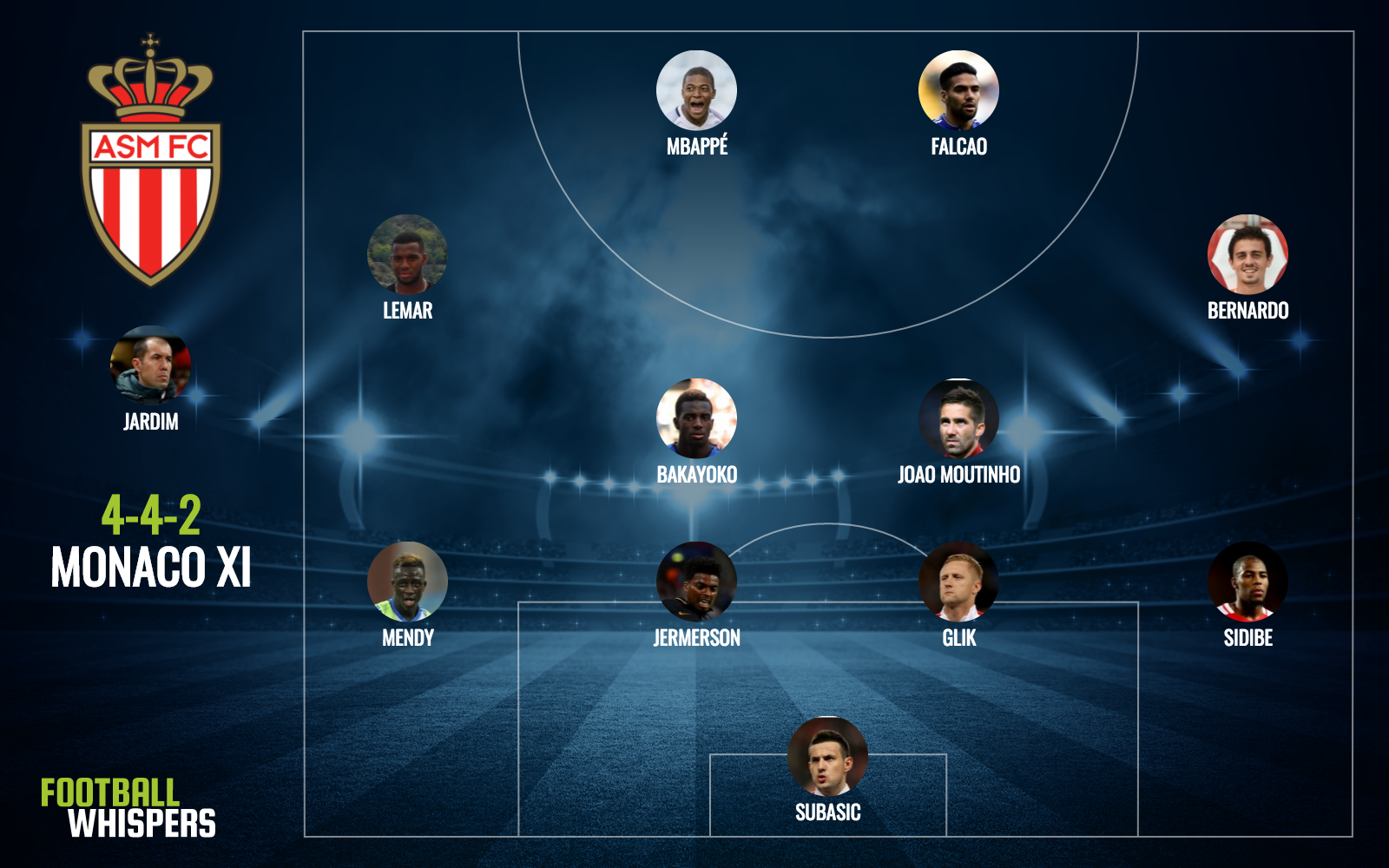 Brazilian midfielder Fabinho is suspended for the final so if Leonardo Jardim wants to continue with his 4-4-2 formation, it will be João Moutinho patrolling the middle of the park.

An excellent player on his day, but the former Porto playmaker has fallen below what Fabinho brings to the centre of midfield. Especially when he takes on Marco Verratti, Adrien Rabiot and Blaise Matuidi. However, he will have help in the form of Chelsea and Manchester United target, Tiemoué Bakayoko. 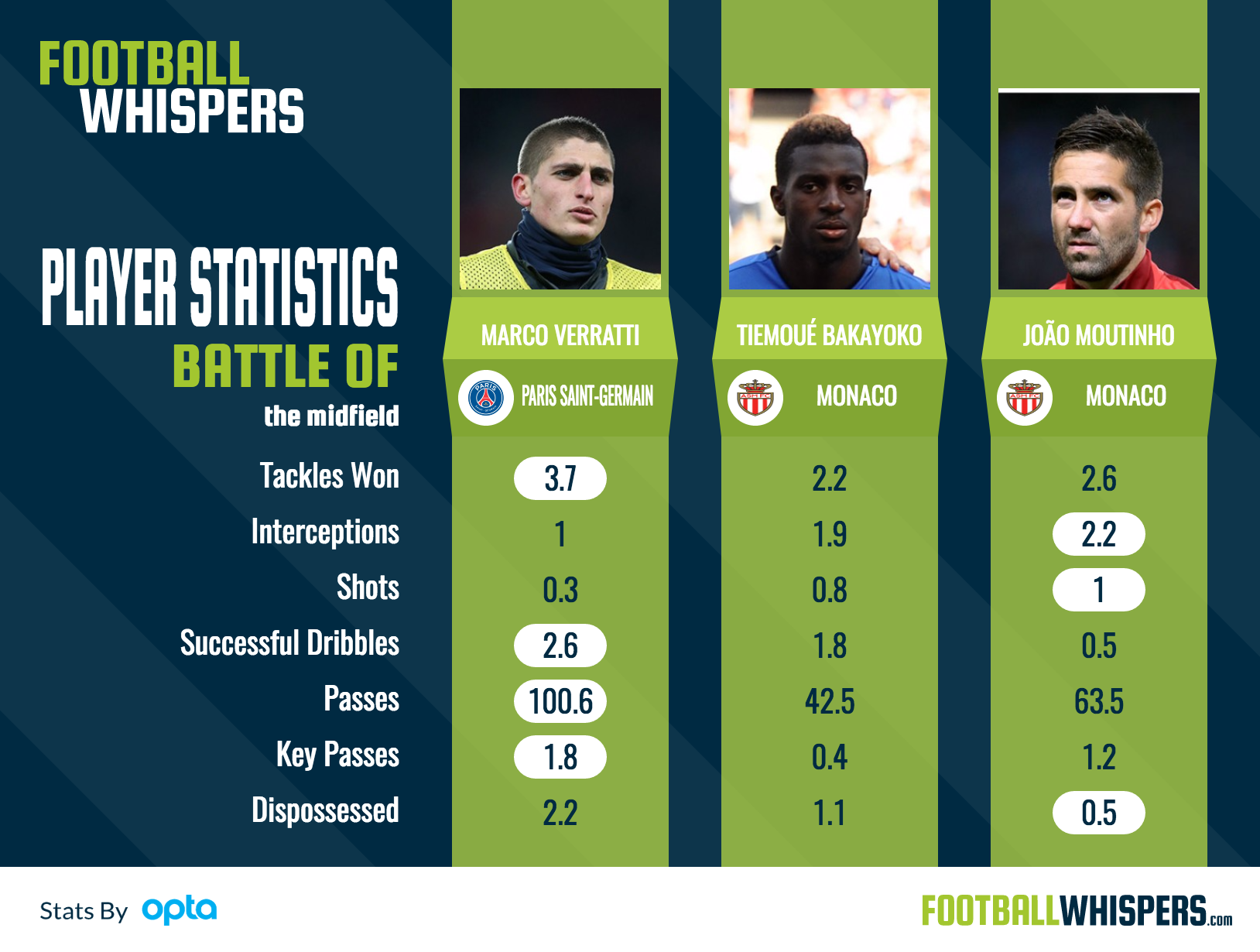 Verratti is one of the most tenacious and relentless midfielders in Europe: he sees that ball and he wants it, with 3.7 successful tackles per games, he usually succeeds in getting what he wants.

Ever since arriving in Paris, the former Pescara man has not added the attacking element to his game that would make him one of the best players in the world. Both Moutinho and Bakayoko take more shots, but they all fail to make more than two key passes per 90 minutes.

This is where Monaco will miss Fabinho: neither of that duo like to pick the killer pass. Moutinho is obviously the more likely to, but they don’t beat players by dribbling and they don’t take chances.

If Verratti is in the mood, he can be everything apart from a goal threat. He’s always given the ball away more than he should, but when you are making 100 passes in a game, you can forgive him some flaws.

Either Bakayoko or Moutinho will have to take the bull by the horns and push the team forward, or they will rely too much on the winger and full-backs, like Arsenal target, Benjamin Mendy. You have to play through the middle for some of the game to help build gaps down the wing.

It promises to be an amazing spectacle and one worthy of the cup final. Monaco will want to make sure they don’t come away empty-handed this season, but PSG are not giving away their crown without a fight.