There are some standout fixtures in the Champions League this week, but one stands out more than the others, with Bayern Munich travelling to the French capital on Wednesday to take on Paris Saint-Germain.

It’s the heaviest of heavy-weight clashes and will provide an early indication as to the strength and credentials of both sides.

Both PSG and Bayern Munich are sides defined by their attacking talent. They boast strength all over the pitch, but Wednesday night’s game will most likely be decided by what happens in the final third, such is the quality of Neymar, Robert Lewandowski, Edinson Cavani, Arjen Robben and the rest.

But who boasts the strongest attack? Who will do the damage at the Parc des Princes when the two sides meet?

How reliant are they on their forwards?

It’s important to note that while PSG and Bayern Munich both possess exceptional, potent attacking lines, they operate in very different shapes. The former have adopted a 4-3-3 system this season in order to accommodate summer signings Neymar and Kylian Mbappé, partnering them with Cavani. On the other hand, Bayern tend to opt for a 4-2-3-1 formation, with Lewandowski an orthodox attacking frontman.

This means the Bavarians are more reliant on Lewandowski for goals than PSG are on any of their players, despite the fact that Cavani has scored just as many (seven) as the Polish international this season.

Behind Lewandowski, Robben is Bayern Munich’s second top scorer with just two goals. In contrast, PSG have Neymar behind Cavani, with the Brazilian already finding the net four times this season, with even Javier Pastore finding the net twice. 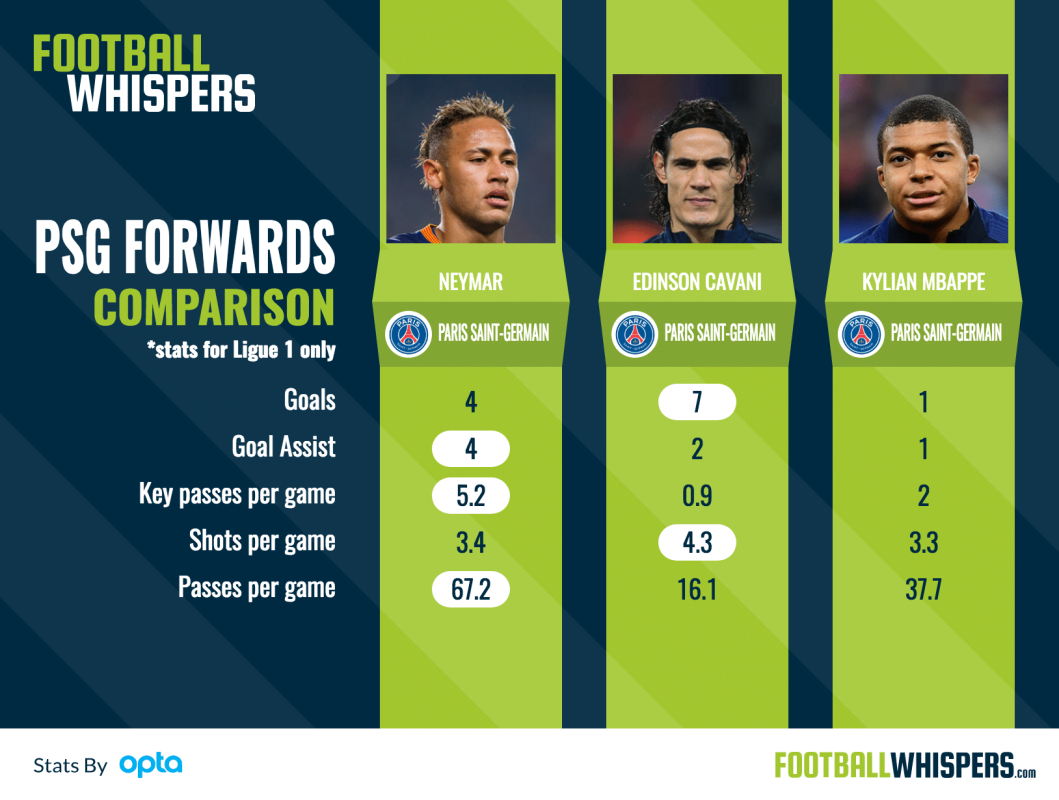 How Neymar changed everything for PSG?

The signing of Neymar from Barcelona wasn’t just a watershed moment for PSG, but for football as a whole. It was a transfer that changed the game, but looking specifically at the Ligue 1 outfit, it changed the way they play.

The Brazilian has very quickly become the hub around which their play revolves, averaging 5.2 key passes per game (more than any other PSG player). Nobody at the French club even comes close to that figure, with Mbappé averaging just two key passes per game. The former Barça forward is also leading PSG in terms of assists (four), averaging 3.4 shots per game.

It’s not especially surprising that Neymar also leads his team-mates in terms of dribbles per match (8.2), also making more crosses (two) than any other player at PSG. In a very short space of time, the 25-year-old has become the player that defines everything about Unai Emery’s side. 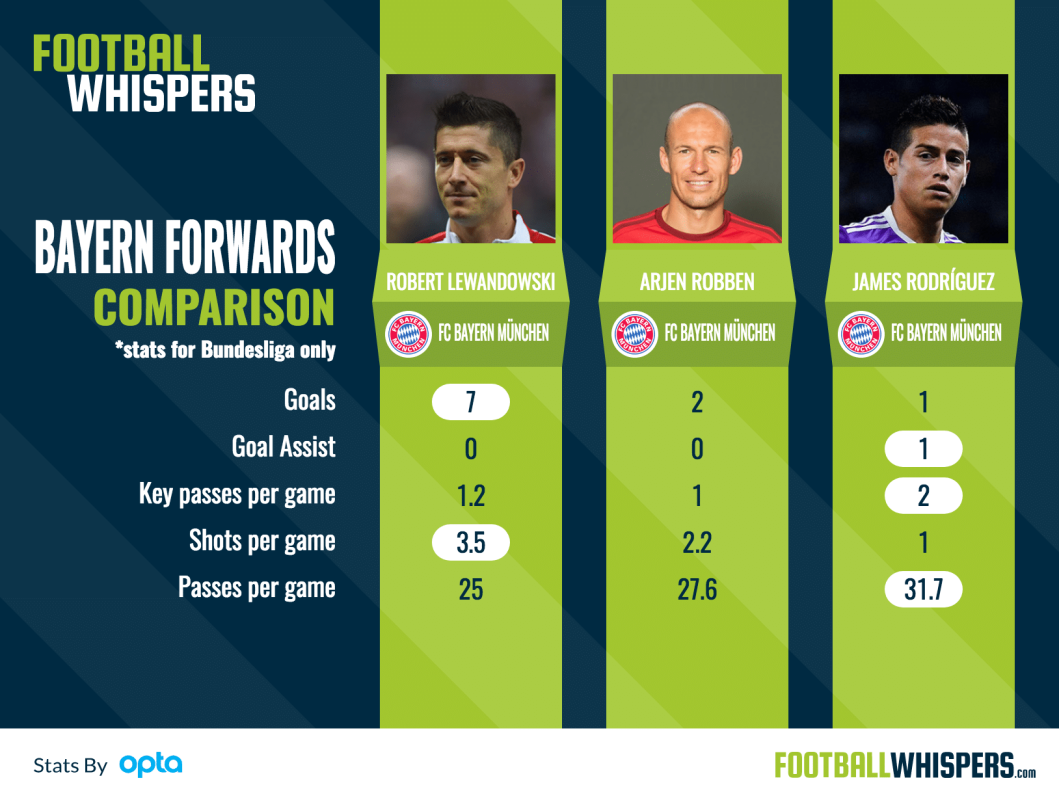 What impact has James had at Bayern?

The Colombian’s start to life at Bayern Munich was hampered by injury, suffering a thigh injury right at the start of the season. But James Rodríguez has featured in their last four games, helping Carlo Ancelotti’s side to a comfortable 3-0 win over Anderlecht in their opening Champions League group game. But what impact has the Real Madrid loanee had on his new team?

James is averaging 2.3 key passes per game, which is more than Franck Ribery (two), Thiago Alcântara (1.8) and Müller (1.7), scoring once and assisting once in four outings so far.

But he has yet to become the hub of Bayern Munich’s attacking activity in the same way Neymar has in the same sort of time at PSG, with James averaging just 31.7 total passes per game. For some context, Manuel Neuer averages 28 total passes per game (although the German international is now out until the end of the year). The Colombian still has some way to go in that regard.

It’s a convenient narrative given the strength of both sides’ attack, but Wednesday’s clash between PSG and Bayern Munich will come down to more than just the potency of their respective frontlines.

It will also be about protection, with Adrien Rabiot averaging 2.1 tackles per match in his position in front of the back four. The young Frenchman will be critical as PSG look to hold the likes of Lewandowski and Robben at arm’s length.

And on the other side, Arturo Vidal will be charged with preventing Neymar, Cavani, Mbappé and co. in between the lines of midfield and attack, with the Chilean averaging 3.8 tacklers per match, as well as 1.8 interceptions.

It might be the attack that catches the eye, but there are compelling plot-lines weaved right the way through this fixture.