Backed by wealthy owners and increasingly complex staff hierarchies, Premier League clubs are beginning to open up to the idea of the sporting director. One of the latest examples of this trend is Steve Walsh, who is Everton’s Director of Football.

While in other major European leagues this role is considered integral to the running of a club in the short- and long-term, there remain several top English sides who do not choose to fill this role.

This is primarily because the position of manager has traditionally been seen as an all-encompassing one involving full control of first-team matters on and off the training ground.

However, the sporting director – or director of football, in Everton’s case – can alleviate some of that responsibility, allowing the manager or head coach to focus mainly on training his team, developing his players and organising tactics for match day.

Walsh has taken some of the weight off of Ronald Koeman’s shoulders since joining the club, overseeing the identification and recruitment of playing talent. With the transfer market taken care of, the Dutchman has been allowed to concentrate on his team. This is similar to the setup he experienced at Southampton.

Everton have enjoyed progress over the last year thanks not only to serious investment in the first-team squad, but in intelligent decisions from their key men.

Koeman has guided the club back into Europe with an improved defensive fortitude, and he has been backed up by a smart transfer policy led by Walsh that has ensured the club have – in the eyes of many – the strongest squad outside the Premier League’s established top six.

Walsh, whose brother Mickey played for Everton and Porto, among others, has been deeply embedded within football for decades, having started out by doing part-time scouting work for Bury. He also aided in this area at Chester City and Chelsea, where he watched Didier Drogba while the Ivorian was starring for Marseille in Ligue 1.

He first gained full decision making power when appointed Chief Scout of Newcastle United in 2006, before following Nigel Pearson to Leicester City for two spells that sandwiched a two-year stint at Hull City.

Speaking of his time at St. James’ Park, he stated that: “It was only when I left Chelsea and became chief scout at Newcastle that it became my responsibility to make the calls. It’s difficult the first time you do it because you are spending an awful lot of somebody’s money and there is the big expectation that fans have.”

However, during his time at Leicester, Walsh would help to build the most surprising title win in Premier League history.

THE MAN BEHIND KANTE, MAHREZ AND VARDY

When people think of Leicester’s stunning Premier League title victory in 2016, they no doubt recall the sight of N’Golo Kante pressing in midfield, or Riyad Mahrez tying defenders in knots down the right wing, or Jamie Vardy breaking beyond the last line of defence with his pace. 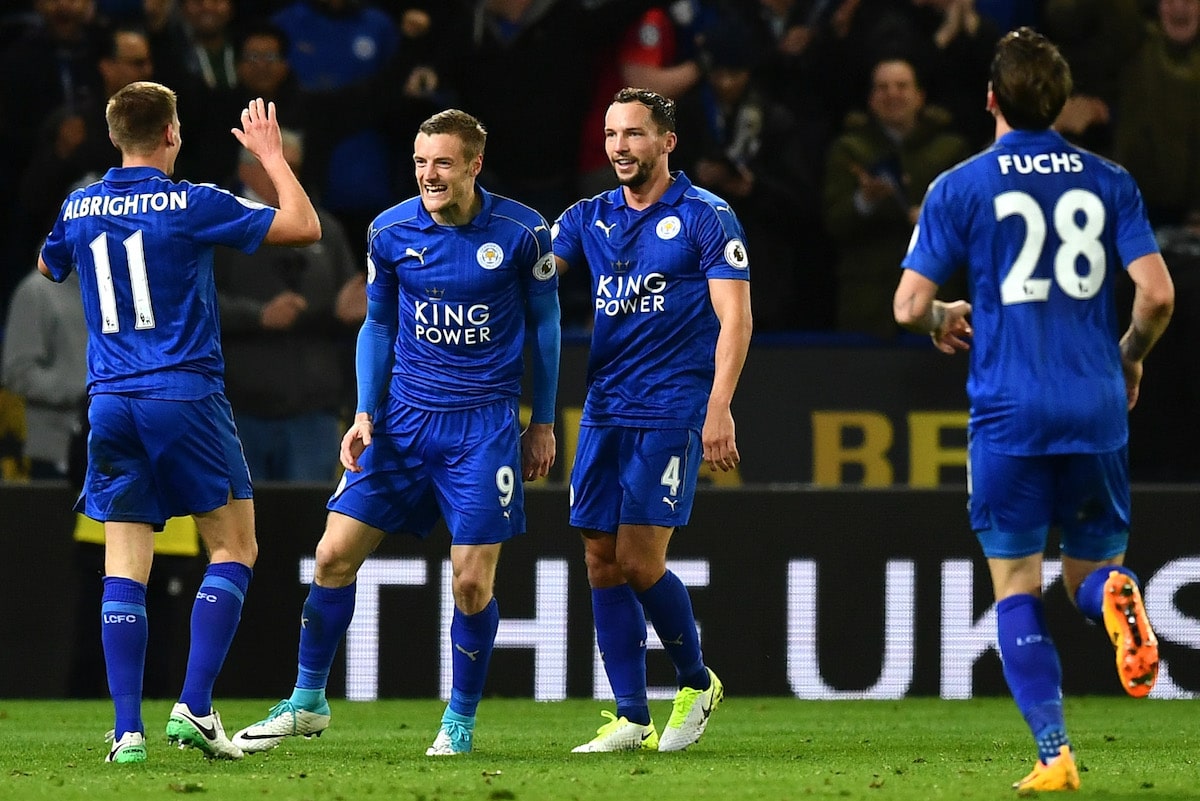 All three were completely different players in completely different positions, but they were all brought in by Walsh. Their signatures were fundamental not only to allowing Claudio Ranieri to implement a hard-working, defensively organised and highly efficient counter-attacking unit within a 4-4-2 system, but to that team’s effectiveness in the 2015/16 campaign.

“When I picked up Mahrez it was on the back of me going to watch Ryan Mendes, who was at Nottingham Forest on loan last year,” he said in a 2016 interview with the Liverpool Echo. “I didn’t rate him (Mendes) as highly – he certainly wasn’t the player we needed at that time. But I saw Mahrez and thought, ‘Wow, he’s not bad, this kid has got something.’”

Walsh came across Vardy in a similar manner, learning of the English striker’s talents while scouting for Hull on a Friday night trip to watch Fleetwood Town play. While immediately impressed, he didn’t sign the hitman at the time; down the line, however, he bought him for Leicester.

The performances of this bunch, as well as the results of Ranieri’s side in 15/16, saw Walsh acquire a reputation for serial talent-spotting. Months after that title win, Everton came calling for his services and made him their Director of Football.

While he has only been with Everton for just over one full year, Walsh has already made several changes to the scouting team and signed a multitude of quality players. But, unlike many other sporting directors, he has done this in conjunction with Koeman as manager, as well as with the club’s overarching ideals.

With other teams, being Director of Football would entail complete control of the implementation of a general philosophy, or specific strategy. This would involve overhauling the youth teams, the scouting networks and methods, and recruitment aims.

Walsh, however, seems almost entirely focused on the latter. He appears to have a role that means identifying and acquiring talent, more specifically for the first team, that will not simply enhance the Everton squad and/or produce profit, but will tie into Koeman’s tactics, needs and the team’s youthful ethos.

When discussing his first meeting with the Dutch boss, he said:

“We used this tactics board here, actually. I asked what systems did he believe in, what structures did he like to have, how did he like to set up his team and who are the key people in it?

“Then you do a player audit and try to fit the people that you’ve already got into Ronald’s way of thinking, and then you decide on how we’re going to make ourselves better.”

One of the first major arrivals under Walsh’s auspices was Idrissa Gueye, a midfield barrier who has afforded a great deal of protection to the Everton back line.

Indeed, last season the Senegalese made more tackles per game than any other Premier League player, and only six player averaged more interceptions. He joined for under £8million.

The bargain of this summer’s transfer window would appear to be Sandro Ramírez, signed from Malaga for an absurd £5.4million fee. Only seven players scored more La Liga goals than his 14 last season, and four of them played for Real Madrid or Barcelona.

Walsh has also continued Everton’s prioritisation of youth, altering the recruitment team by bringing in Jamie Hoyland as under-21 head of recruitment as well as two people – Damian Matthew and Tony Grant – to scour the south and north of the country for promising youngsters.

The results are already there for all to see – Ademola Lookman was signed from Charlton Athletic for just under £8million, and Dominic Calvert-Lewin joined from Sheffield United for under £2million. Both are under the age of 21; both have already impressed and found the net in Premier League action.

Everton are hoping to break into the top six and establish themselves as one of the country’s top clubs. To do that they will have to compete on the pitch with the likes of Chelsea, Manchester City, Manchester United, Tottenham Hotspur, Arsenal and city rivals Liverpool.

To beat those sides on the pitch, they will need to recruit intelligently off it. Thankfully, with Walsh at the helm, they are in safe hands in this respect.