What does it mean to be an icon? Former captain and manager Billy (Bonzo) Bonds is best known for his association with West Ham United, leading the club to a European final during his two decades serving the team.

He won trophies and accolades during his time spent moving up and down the leagues with his beloved club, and he shared every moment with the fans no matter the situation.

A total of 663 league appearances for the Hammers along the way make him one of the most recognisable faces in the club's history, and he encapsulated the team during his time in the East End. 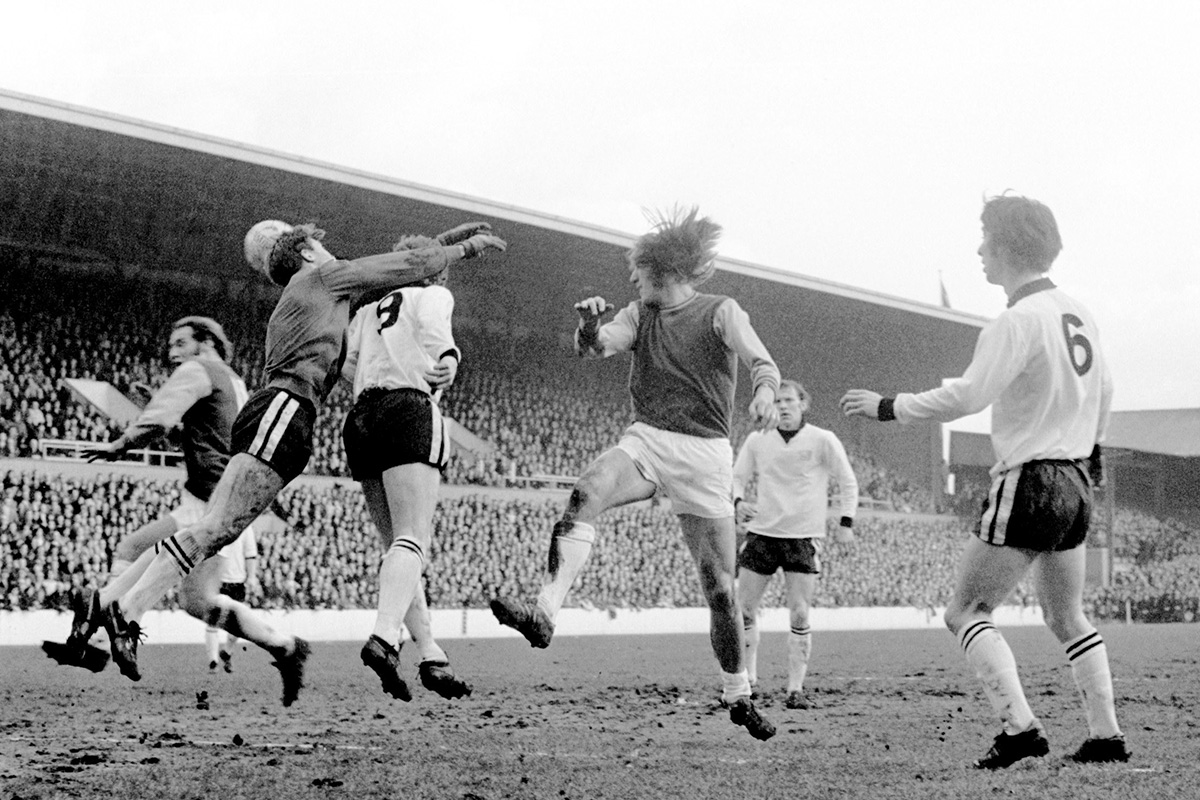 He began at Charlton Athletic in the Division Two, after impressing during stints for the youth and reserve sides. He went on to make 95 appearances for the Addicks in the league, before being snapped up by West Ham for £50,000 in 1967.

Aged just 20 when he moved across London, ‘Super Billy' – as he became affectionately known by the Irons' faithful – would spend the rest of his career at; remaining at the Boleyn Ground until 1988.

The physical side of Bonds' game is well remembered, but he also had the ability to play the West Ham way. Starting off at right full-back, he preferred to pass rather than hoof it clear, meaning he could play further forward as the need arose.

He moved into midfield by 1970, but could slot into nearly every position across the back five in a pinch – his ability to distribute the ball and start attacks along with his defensive duties impressing then boss Ron Greenwood.

Super Billy gained the captaincy in 1974, and became a figurehead for the team. He led them to a triumph in the FA Cup final next season, seeing off Fulham with a 2-0 win that was to be Bobby Moore’s (playing for The Cottagers) last appearance at Wembley. 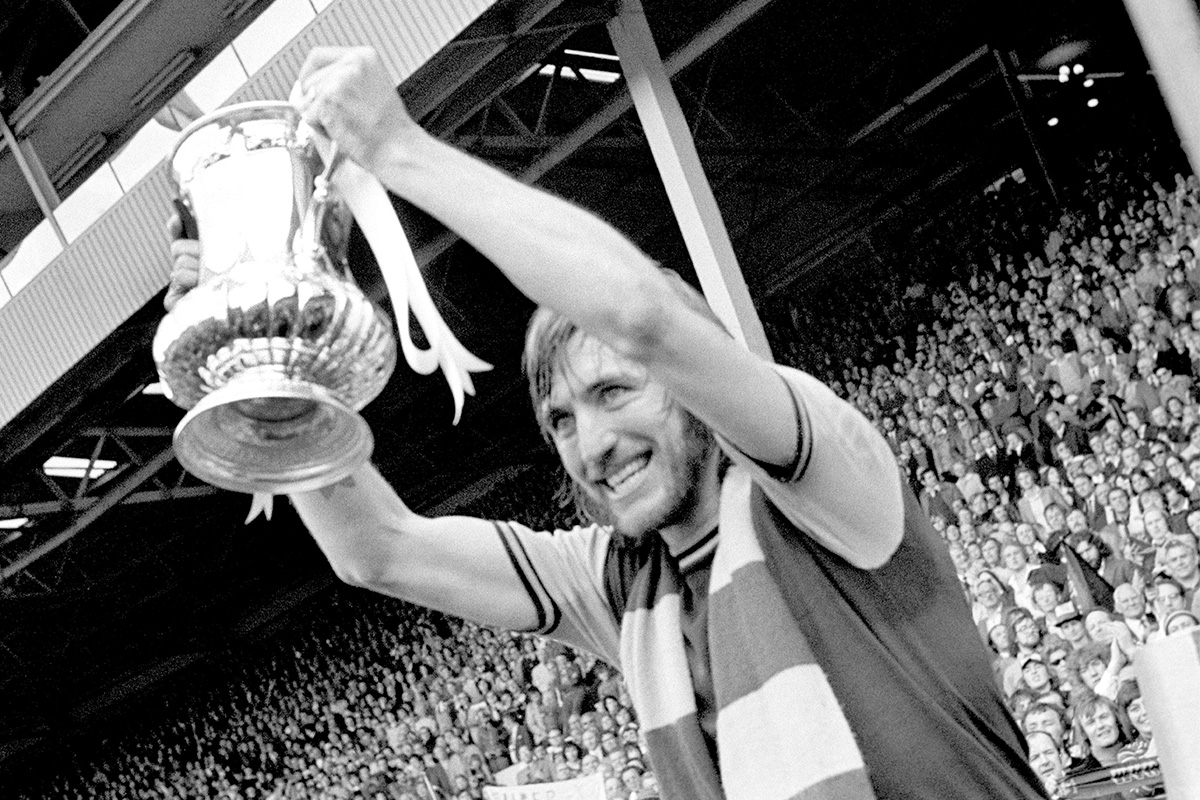 Interestingly, it was also the last time an all-English XI won the FA Cup – a record looks set to last for a very long time – and, in many ways, represents how Bonds managed to adapt his game through different eras.

The Cup win meant West Ham qualified for the 1975-76 Cup Winners Cup – the Irons making it all the way to the final, losing 4-2 to Anderlecht in a hotly contested tie at Heysel Stadium, Brussels.

Although they were up and down in between, the club won their second FA Cup with Bonds in the side in 1979, a single goal from Trevor Brooking enough to separate the teams at full-time.

That remains the last time the club won the famous old trophy, although they did contest the ill-fated ‘Steven Gerrard Final' against Liverpool in 2006 (3-3 AET, losing 3-1 on penalties).

Bonds first retired in 1984, but injuries saw him return and re-establish himself in the side, with physical fitness no problem for a man known for looking after himself into his later years.

He ended up staying on for four more years, until a knee injury finally ended his playing career. He played his last game for West Ham at the age of 41 years and 225 days.

The loyal Hammers servant stayed on in a coaching capacity, later admitting that it wasn't a glamorous role: “When I joined the coaching staff at West Ham, my first job that summer was painting the dressing room. Imagine [Jose] Mourinho doing that,” he said.

Bonds was overlooked by the England national team for the most part, missing his last chance in a 1981 friendly with Brazil due to injury. He was never capped at senior level, despite making the bench for a World Cup qualifying game against Italy in 1977. 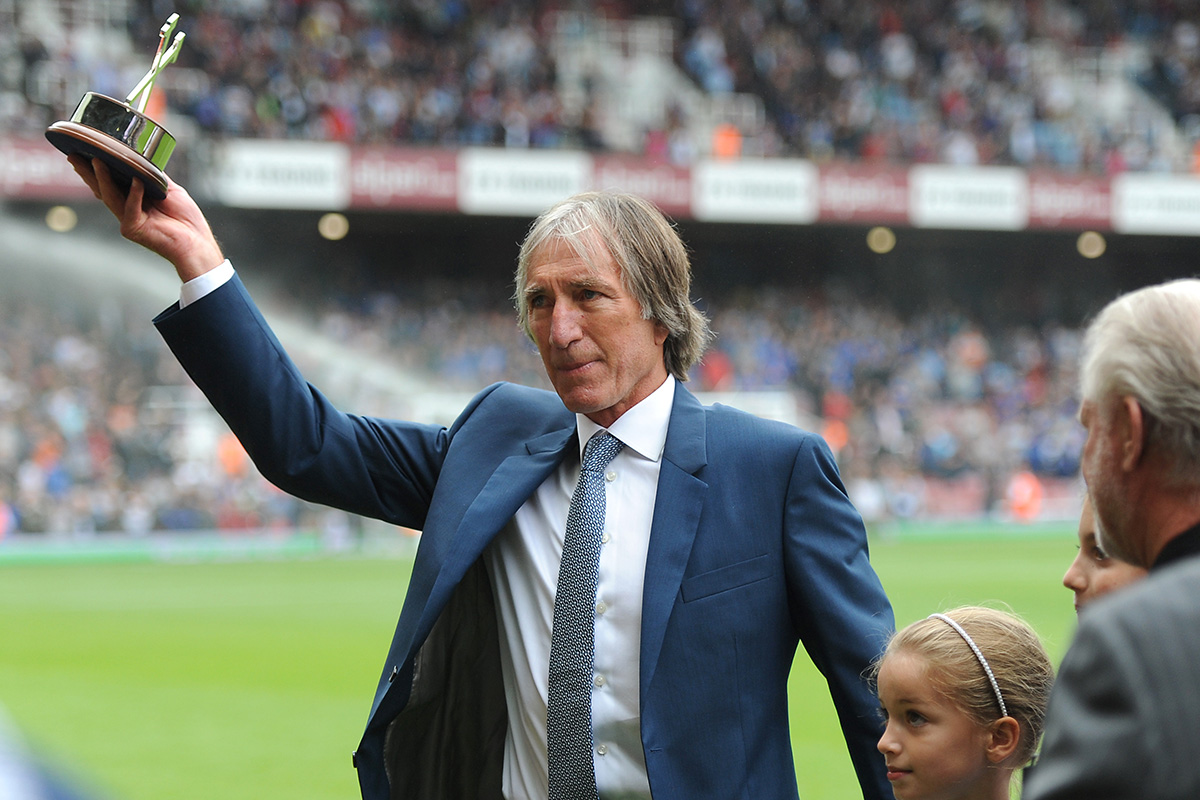 The former Irons' captain was brought back as part of a legends' procession that bid farewell to Upton Park in May before the move to the Olympic Stadium. His comments that day showed that he still has the club’s best interests at heart.

He said after the emotional farewell: “Fans have so many memories at the old ground. Upton Park has changed a lot since I first went there in 1967. But I’m a pragmatist. Having that Olympic Stadium on their doorstep was too good an opportunity to miss. I will miss the old place though.” 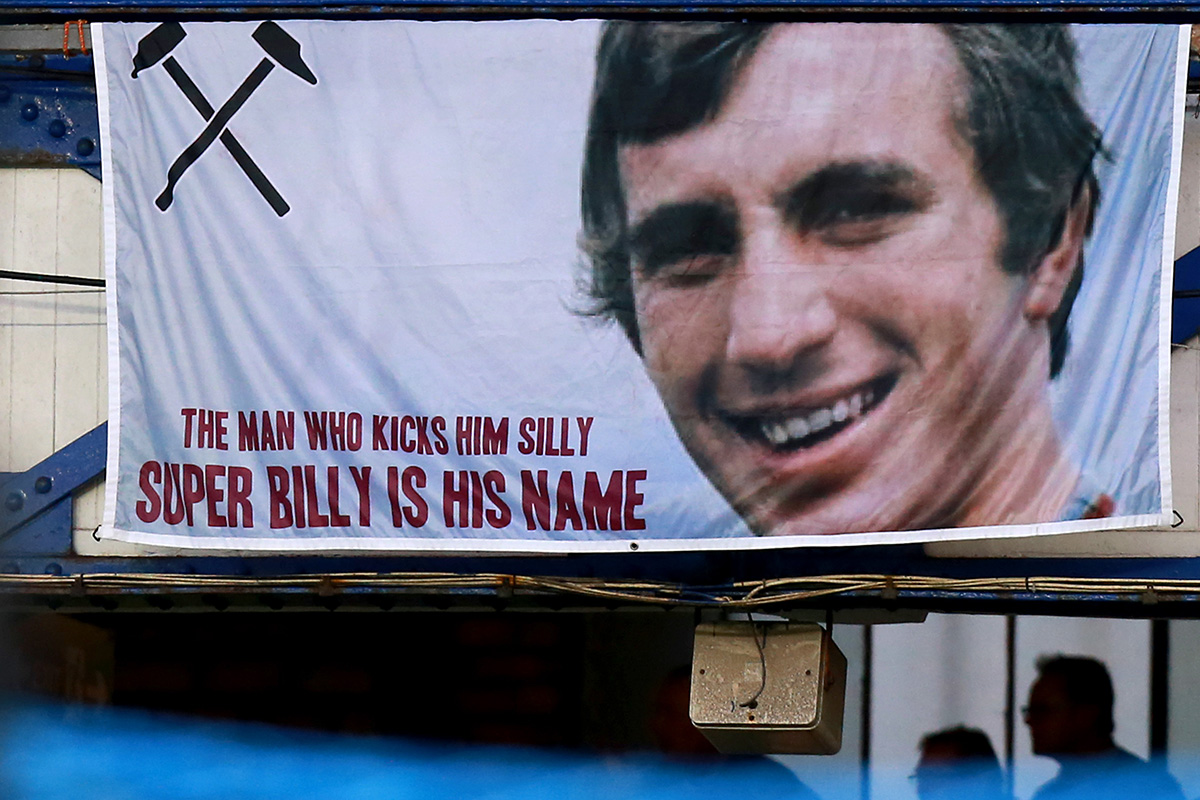 Fans will miss both the player and the stadium, but he’s right to take a pragmatic view of the future. West Ham have an opportunity to create even more memories at their new ground, though they’re unlikely to find another player of his calibre that would dedicate his entire career to the club.

Current captain Mark Noble – also overlooked at international level – is certainly getting there, although silverware would help him to match Bonds’ achievements.

Having his learned his trade, Bonds stepped up as first-team manager in 1990. He led the side to promotion from Division Two in his first full season at the helm, but the honeymoon period couldn’t last forever. Their return to the First Division lasted only one season, as they finished bottom of the table under their former captain.

They finished just six points away from Coventry City in 19th place that year and were left to bemoan the injury troubles that put paid to any chance of staying up.

Bonds and his team proved their worth once more as they finished runners-up in the old First Division (1990-91), gaining access to the Premier League in time for the second season of the competition.

Unfortunately, it all ended in tears just a few years later. The club had achieved safety, but it was finally the end for Bonds at the club.

Harry Redknapp was Bonds’ assistant, and the pair had an infamous falling out after the younger man was offered his mentor's job. The pair are reportedly still not on speaking terms despite the time that has passed, showing how bitter it got between the two. 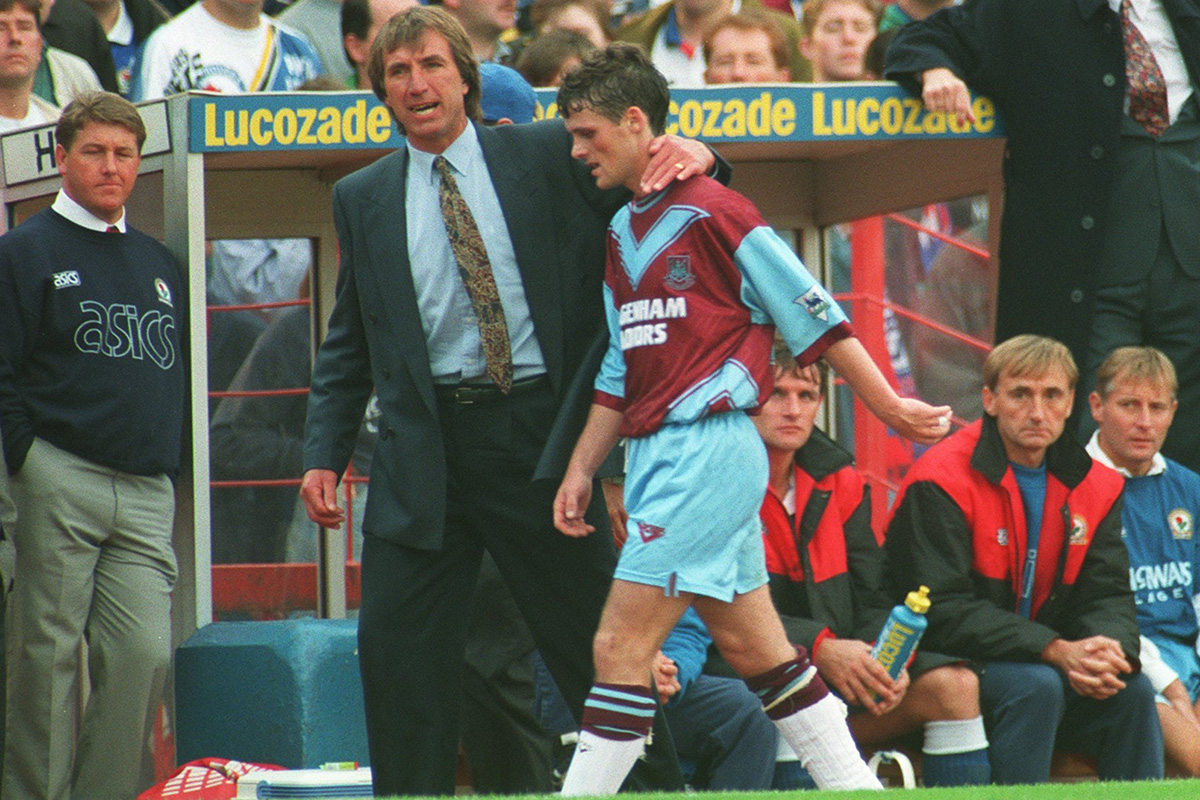 The Claret and Blue legend resigned suddenly on 10 August 1994, though he did pop up at Millwall a few years later for a brief last stint calling the shots.

Billy Bonds represents an era that has sadly ended, despite things looking up on the footballing front. He hails from a time when the fans shared commonality with the players, and it’s unlikely to go back to the way things were.

It was definitely a rougher time for the players on the pitch, but in many ways it was also more innocent. Bonds could easily empathise with the fans because he was one, and players earned a wage that wasn’t that far off the national average.

As a player and a manager, Bonds experienced the highs and lows of the game. He was named as the Hammer of the Year four times, and there were 16 years between the first and the last award.

Bonzo was able to evolve with the game, and he’s remembered as one of the very best to have played at Upton Park.